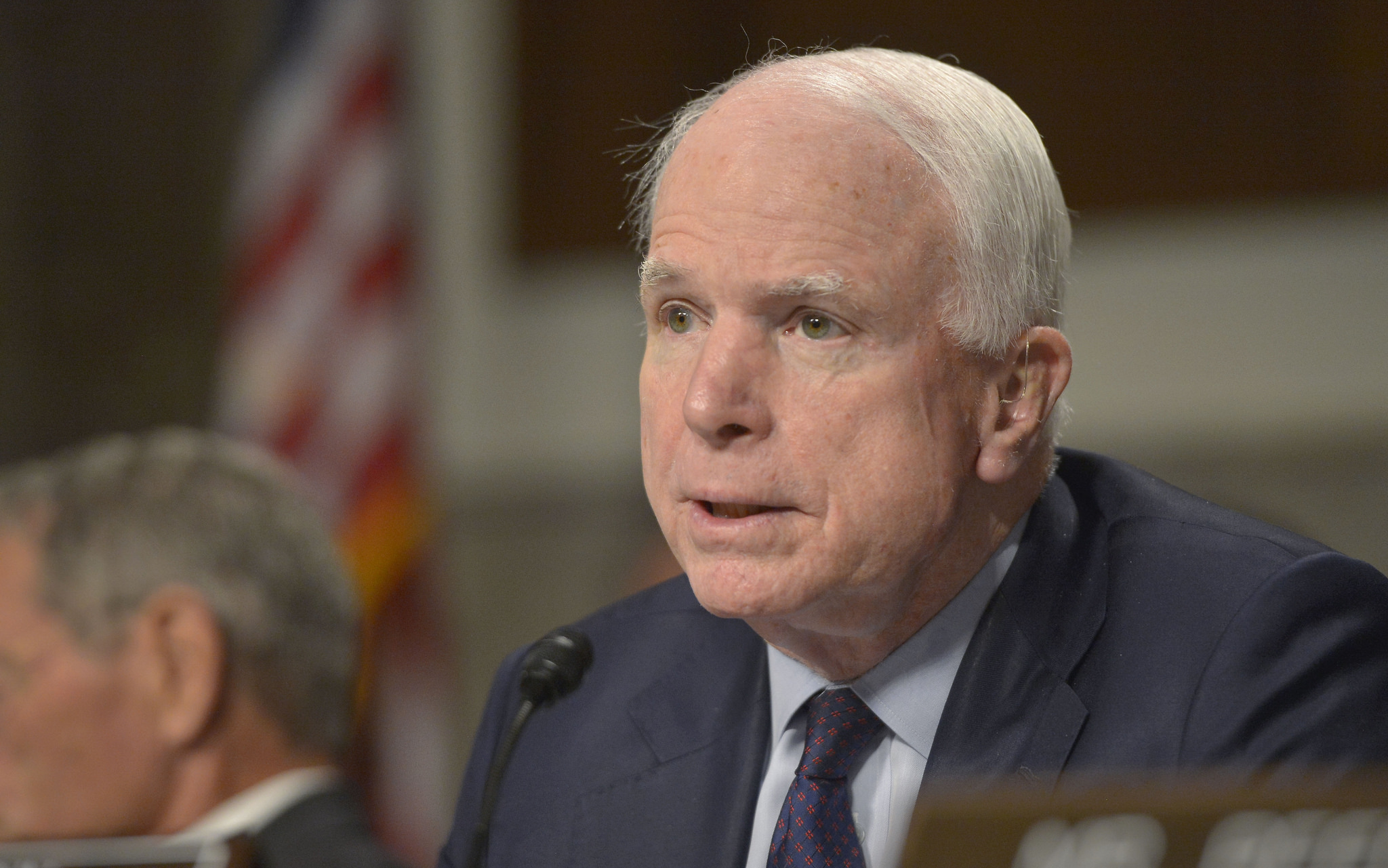 The two-time “Republican” presidential candidate – and 2008 GOP presidential nominee – represented Arizona in the U.S. Senate from 1987 until his death, championing a militant, interventionist foreign policy (including some dubious alliances) as well as expanded government here at home (including the preservation of Obamacare).

We rarely agreed with him … and said so.

“McCain has done incalculable damage to the American Republic at home and abroad … and the sooner he stops casting votes in the U.S. Senate the better, as far as we’re concerned,” we wrote last year.

Having said that, we do not wish death, ill health or grief on anyone … no matter how vehemently we oppose them on ideological grounds.  Accordingly, our thoughts and prayers are with McCain’s family and friends as they mourn his death.  And we would encourage others to show respect on the occasion of his passing – acknowledging of course that they have every right not to, if they so choose.

When he died, McCain was the chairman of the powerful U.S. Senate armed services committee – a panel which will now likely fall to U.S. senator James Inhofe of Oklahoma.

Who will replace McCain in the U.S. Senate?  We don’t know yet …

McCain’s successor will be named by Arizona governor Doug Ducey, a “Republican.”  Out of respect for McCain and his family, Ducey has not discussed his thoughts regarding this appointment.  So far, he has only said that he would delay a decision until after McCain’s burial – and that he would not appoint himself to the post.

Ducey is legally required to fill the post – and he must name a “Republican.”  Many believe he will appoint McCain’s wife – Cindy McCain – to the seat.  Ducey’s choice – whoever it is – will hold the office until January 2021, when the winner of the next regularly scheduled U.S. Senate race for this seat is sworn in.

Had McCain vacated his office prior to May 30, this seat would have been on the ballot in November – along with the seat of outgoing U.S. Senator Jeff Flake, another fiscally liberal “Republican.”

Worth noting? The winner of the 2020 election will only hold office for two years – filling the remainder of McCain’s term. They would have to seek reelection again in 2022 if they wish to earn a full six-year term.

McCain was elected to the U.S. House in 1982 and to the Senate four years later.  He was reelected to the Senate in 1992, 1998, 2004, 2010 and 2016.  He ran for the “Republican” presidential nomination in 2000, but was defeated by eventual president George W. Bush.  McCain’s defeat that year came courtesy of a brutal “First in the South” presidential primary election in which he was falsely accused of fathering a black child out of wedlock.

Eight years later McCain won South Carolina – and the GOP nomination – but was eviscerated in the 2008 general election by Barack Obama.  McCain drew only 45.7 percent of the popular vote that year.

Prior to his career in politics, McCain – the son of an admiral – was best known for surviving more than five years of captivity as a prisoner of war in North Vietnam.  He was tortured extensively during his captivity, and in August 1968 – after several days of being beaten, signed a confession.

“I had learned what we all learned over there,” he wrote years later. “Every man has a breaking point. I had reached mine.”