Downtown Myrtle Beach, South Carolina would see sweeping changes under a proposed ordinance being pushed by mayor Brenda Bethune and her allies on city council.

But is the new diktat consistent with market principles?  Has its economic impact been considered?  Is it discriminatory?  And are its supporters – including the mayor – pure of intent?  And adhering to the law in their rush to get it approved?

First, the subject matter: The controversial “Boulevard Ban” would outlaw both the sale and consumption of cannabis products (i.e. cannabidiol), cigarettes, e-cigarettes and alternative nicotine sources (including vapor products) on a sixteen-block stretch of Ocean Boulevard in the heart of the tourism mecca.

Smoking paraphernalia and sexually oriented merchandise would also be banned in this “overlay district,” along with “barkers” – or store employees who stand outside of shops in the hopes of luring potential customers.

If approved, the “Boulevard Ban” would take effect on January 1, 2019 and impact businesses located between Sixth Avenue South and Sixteenth Avenue North in the heart of downtown Myrtle Beach. 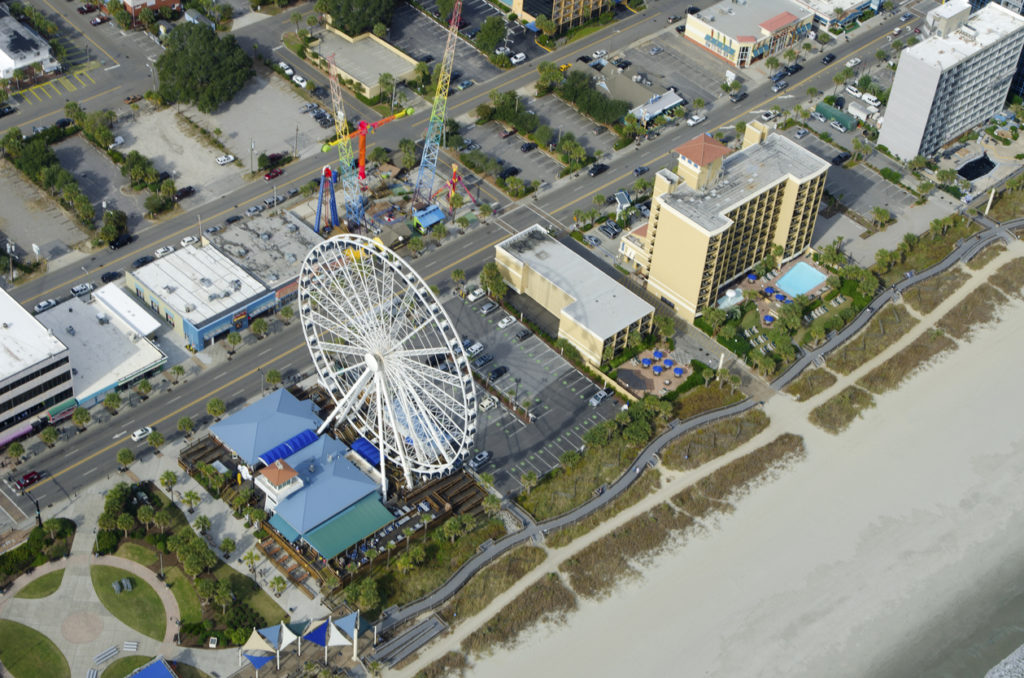 Supporters say the measure will help clean up the city.  Opponents say it will destroy numerous local businesses and kill nearly 2,000 jobs.

A final vote on the so called “Boulevard Ban” is scheduled for Tuesday at 2:00 p.m. EDT, although critics claim city council is skipping a key procedural step in its rush to enact the measure.  Specifically, they point to the rebuke of a much milder ban by Myrtle Beach’s city planning committee last year as proof that this new measure is being voted on for the first time.

“The ordinance has been expanded significantly since the first version, yet the vote on the updated version is being counted as second reading,” one local opponent of the ordinance told us. “Procedurally, that’s f*cked.”

Bethune – who as we’ve noted is deeply conflicted on this issue – doesn’t seem to care, though.

Opponents of the bill say it will be devastating to local employment.

We dug into the numbers a bit and discovered the “Boulevard Ban” would outlaw products that currently comprise an estimated 70 percent of revenue for stores included within the overlay district.

“That’s a mean/ average across the businesses affected,” one owner told us.

Were that revenue to vanish, an estimated 1,850 people would soon find themselves looking for new employment.

Allegations of antisemitism are also being raised in connection with the proposed ordinance.

“EVERY affected business is Jewish-owned,” a source familiar with the situation told us.

First of all, we continue to be tremendously disappointed in Bethune’s handling of this issue.

Whether you agree with the proposed “Boulevard Ban” or not – Bethune has been materially dishonest in advocating for it, which is not the sort of “leadership” we envisioned when we endorsed her candidacy for mayor last fall.

Also, as the leading beer distributor on the Grand Strand it goes without saying Bethune’s competitive position would be dramatically enhanced were this measure to pass.

Which clouds her advocacy considerably …

As to the substance of the issue itself, we have mixed feelings.  First, we have made it abundantly clear that this news site’s longstanding support for the decriminalization of marijuana and other drugs has limits – especially when children are involved.

“We oppose the storefront sale of ‘edibles’ to underage customers,” we noted last month.  “We don’t have a problem with edibles in and of themselves, but in far too many cases these tetrahydrocannabinol (THC)-based products are being marketed exclusively to children.”

Accordingly, we have embraced “the right of local and state law enforcement agencies to test edibles infused with THC – or cannabidiol (CBD), which is legal in South Carolina – to determine if they are in compliance with applicable laws.” Furthermore, we have endorsed “harsh penalties for vendors who sell such products to underage consumers.”

Those strike us as reasonable measures … certainly far more reasonable than the draconian “Boulevard Ban” envisioned by Bethune and her allies.

Ultimately, restricting the sale of legal items from one consenting adult to another is wrong … especially when there are far less intrusive ways to address the underlying problem.

Myrtle Beach obviously needs to clean up its act (the “Dirty Myrtle” is one reason tourism is struggling) – but Bethune’s ordinance strikes us as overkill and we would urge city leaders to reject it.  At the very least, they need to acknowledge the fact that they are giving first reading to an entirely new proposal – one that needs to clear the proper procedural hurdles before coming to a decisive vote.

What do you think of the “Boulevard Ban?”  Vote in our poll and post your thoughts in our comments section below …

Do you approve or disapprove of Myrtle Beach's proposed ordinance banning CBD oil, tobacco, vaping products and other "vice" items?