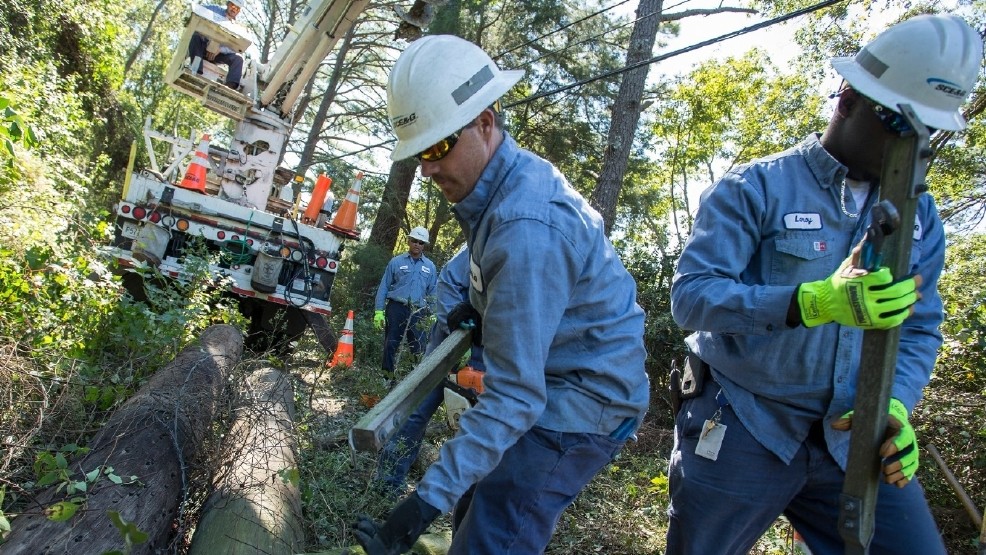 After a federal judge denied its request for an injunction against a recently imposed temporary rate cut (SCANA’s broader case against this legislatively mandated rate reduction is ongoing), a pair of ratings agencies downgraded the embattled West Columbia-based company.

S&P Global Ratings noted that it expects to see “weaker financial measures” from SCANA in light of the rate cut and as a result lowered its credit rating on the firm and its subsidiaries – including SCE&G and the Public Service Company of North Carolina (PSNC) – from ‘BBB’ to ‘BBB-.’

Analysts for S&P Global added that they were “revising our comparable ratings analysis modifiers on SCANA and SCE&G to negative from neutral to reflect less credit supportive financial metrics.”

“The CreditWatch with negative implications on SCANA and its subsidiaries reflects our view of ongoing uncertainty regarding cost recovery of the abandoned V.C. Summer nuclear construction project,” they continued. “We could lower ratings again if credit metrics weaken further beyond those in our base-case scenario, which assumes the temporary rate cut is made permanent.”

Not long thereafter, Fitch Ratings downgraded SCE&G one notch from ‘BBB-‘ to ‘BB+’ and downgraded SCANA from ‘BB+’ to ‘BB.’

“The downgrades follow the absence of injunctive relief blocking the recently enacted 14.8 percent electric rate cut,” the agency’s analysts noted.  “Despite the legislature’s characterization of the new rate as ‘temporary,’ Fitch is concerned that the expected December order could be of the same magnitude.  If the (S.C. Public Service Commission) issues an order in December 2018 with a permanent cut of a similar magnitude, additional downgrades may be warranted.”

Fitch’s analysts added that they were concerned about the “continuation of (SCE&G)’s adversarial regulatory relationship” as well as “the existence of additional state and federal investigations into various aspects of the terminated nuclear project.”

That would be a reference to #NukeGate – the state of South Carolina’s spectacularly failed government intervention in the energy industry.

For those of you waking up from a decade-long nap, “Republican” state lawmakers socialized nearly $2 billion in investment risk over the last ten years related to a pair of since-abandoned nuclear reactors in Jenkinsville, S.C.  Another huge chunk of the investment risk for the project was assumed by government-run utility Santee Cooper.

The reactors at the V.C. Summer nuclear generating station in Fairfield County were supposed to have been operational in 2016 and 2017, respectively, at a cost of $9.8 billion.  They weren’t, though – and never will be.

The socialization of this $2 billion was accomplished via the notorious Base Load Review Act (BLRA) – legislation advanced by liberal state lawmakers and allowed to become law by former governor Mark Sanford.  Santee Cooper also imposed rate hikes on consumers related to the project.

In the aftermath of the V.C. Summer project going tits up, Santee Cooper is in a virtually hopeless situation.  The state-owned utility – which gave its former CEO a $16 million golden parachute last September – recently filed suit with the S.C. Supreme Court in an effort to continue raising rates related to the abandoned project.

SCANA?  It is hoping to be acquired by Virginia-based Dominion Energy – which has submitted a deal for the company that includes $1.6 billion of ratepayer relief (roughly $1,500 per customer) and more gradually reduced energy bills over time.

The legislative rate cut – exclusively reported by this site months ago – will save the average consumer $22 on their power bill over the next five months.  It would also provide a one-time credit that would apply its rate reduction for the months of April, May, June and July.

It is not clear whether SCANA will pay the credit – which would average out to around $88 per customer.

Unlike the Dominion deal, though, it provides no rebates to consumers … and is of dubious constitutionality.

SCANA shareholders approved the proposed Dominion merger two weeks ago, but if the legislative rate plan is made permanent then Dominion’s deal – and its ratepayer rebates – would go up in smoke.

Got something you’d like to say in response to one of our stories? Please feel free to submit your own guest column or letter to the editor via-email HERE. Got a tip for us? CLICK HERE. Got a technical question or a glitch to report? CLICK HERE. Want to support what we’re doing? SUBSCRIBE HERE.
Banner: Lexington County, S.C.