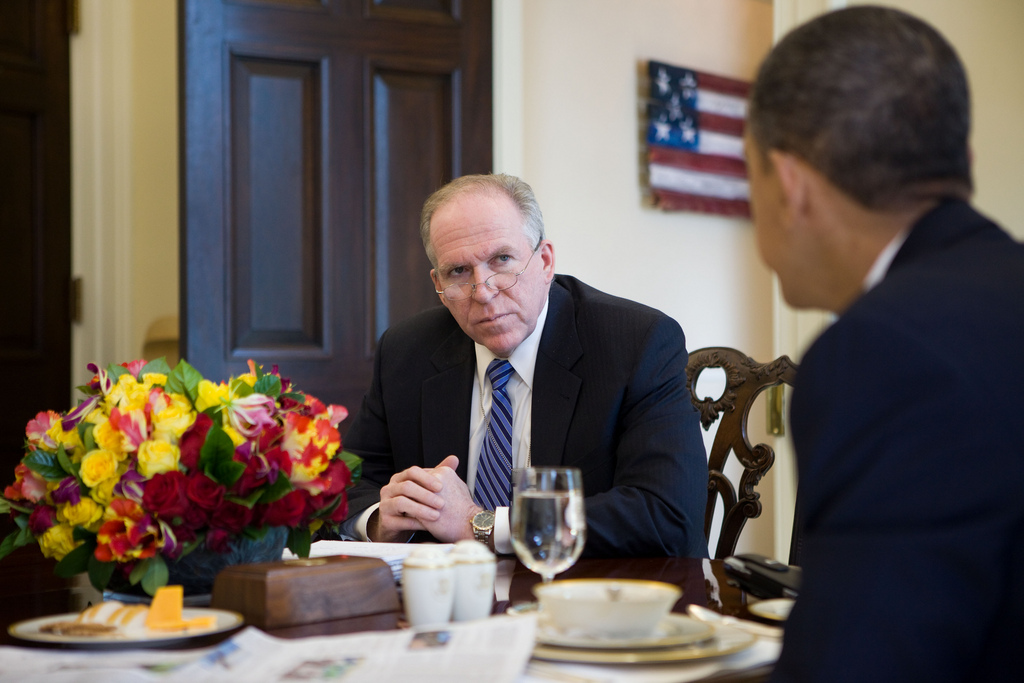 U.S. president Donald Trump’s most virulent critic when it comes to his dealings with Russia has been former president Barack Obama’s second director of the Central Intelligence Agency (CIA) – John Brennan.

Specifically, he claimed Trump’s disavowal of American intelligence during a press conference with Putin “rises to (and) exceeds the threshold of ‘high crimes (and) misdemeanors.’”

Yeah … them’s figthin’ words … and they were picked up by virtually every American mainstream media outlet, which continues to hope against hope that people outside of Washington, D.C. will start caring about the situation with Russia.

Anyway, this news site has repeatedly referred to the “Russian meddling” story as a  yo-yo that goes up/ down … up/ down.

More to the point, our nation recently participated in a coup d’état in Russia’s back yard – and continues to engage in all manner of assassinations, invasions and propaganda campaigns all over the world (often partnering with some very unsavory sorts in the process).

So for our leaders to complain about “meddling” is ironic …

As congressman Ron DeSantis of Florida recently pointed out, Brennan is hardly a credible voice when it comes to these matters.

“John Brennan was a disaster as CIA director,” DeSantis said in an interview with Fox News.  “He was a disaster as the counterterrorism official. He was a member of the Communist Party during the Cold War.  So this is not exactly the guy I would listen to about Russia.”

Wait … a member of the communist party during the Cold War?  What?

DeSantis is basing this allegation on the fact that Brennan was a Marxist-Leninist in college and voted for communist party presidential nominee Gus Hall.

Brennan has previously admitted as much, too.

“It was my way, as I was going to college, of signaling my unhappiness with the system, and the need for change,” Brennan told CNN years later.

So take his word for what it’s worth …

Hypocrisy aside, Brennan carrying the water for America’s warmongers isn’t the real issue here.  If he weren’t doing it, someone else would be.

“This story boils down to America’s neoconservative (a.k.a. warmonger) establishment doing everything within its power to initiate a New Cold War with Russia – one which would require billions of dollars in new defense spending (here and in Eastern Europe),” we wrote earlier this week.

To his credit, Trump isn’t on board with that …

This news site has been substantially less-than-thrilled with Trump of late, but on this issue he is 100 percent correct … and acting in a manner consistent with his 2016 campaign promises.  Accordingly, we will continue to support him in his efforts to extricate the United States from its role as policeman of the world – while continuing to call out dishonest brokers like Brennan who would plunge our nation into needless conflicts taxpayers can no longer afford.

Got something you’d like to say in response to one of our stories? Please feel free to submit your own guest column or letter to the editor via-email HERE. Got a tip for us? CLICK HERE. Got a technical question or a glitch to report? CLICK HERE. Want to support what we’re doing? SUBSCRIBE HERE.
Banner: Obama White House