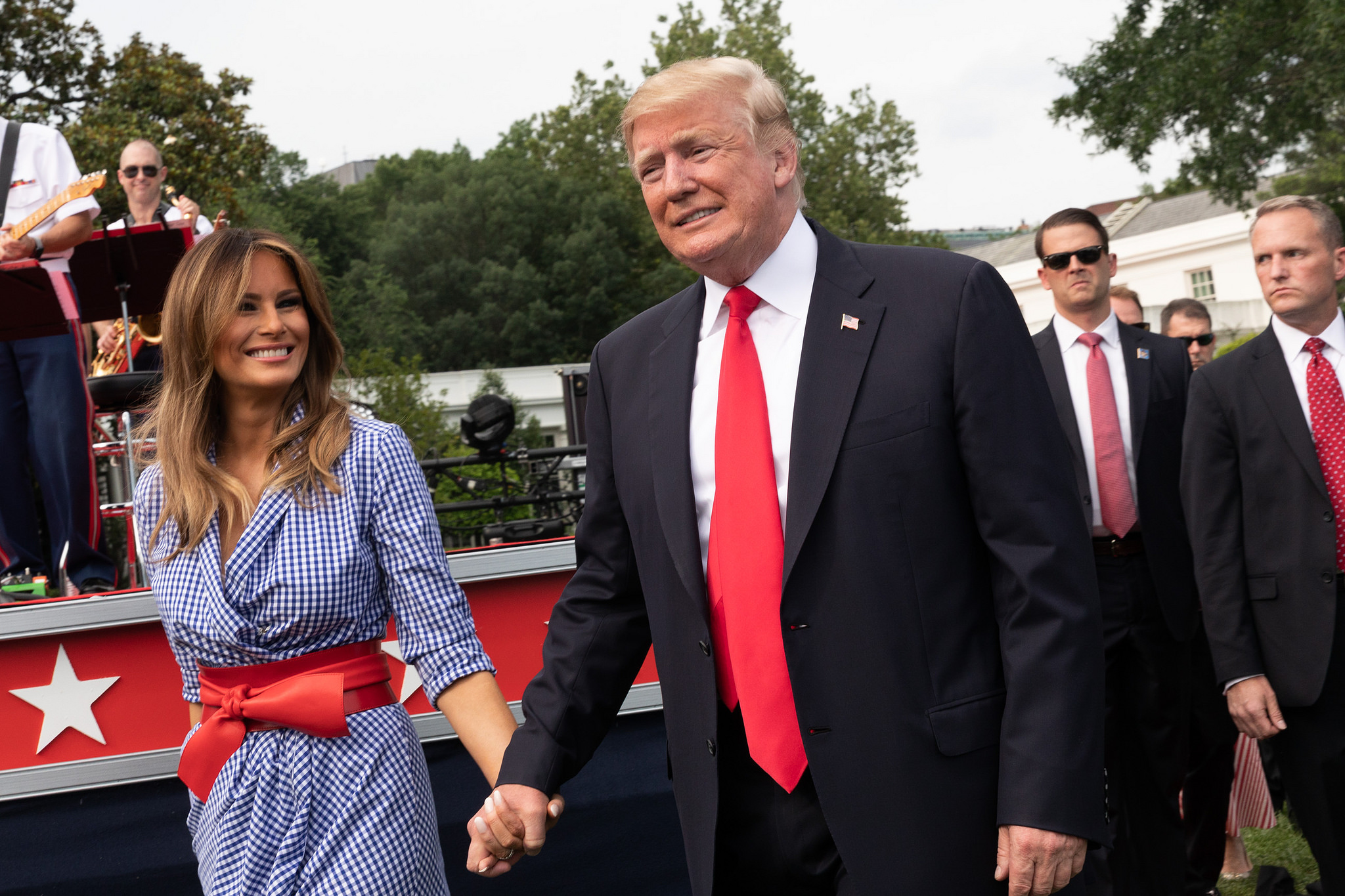 After angering the war gods with his stance toward Russia, U.S. president Donald Trump rattled the saber late Sunday in an ominous, all-capitalized tweet addressed to Hassan Rouhani – the president of the Islamic Republic of Iran.

“To Iranian President Rouhani: NEVER, EVER THREATEN THE UNITED STATES AGAIN OR YOU WILL SUFFER CONSEQUENCES THE LIKES OF WHICH FEW THROUGHOUT HISTORY HAVE EVER SUFFERED BEFORE,” Trump tweeted.  “WE ARE NO LONGER A COUNTRY THAT WILL STAND FOR YOUR DEMENTED WORDS OF VIOLENCE (AND) DEATH. BE CAUTIOUS!”

To Iranian President Rouhani: NEVER, EVER THREATEN THE UNITED STATES AGAIN OR YOU WILL SUFFER CONSEQUENCES THE LIKES OF WHICH FEW THROUGHOUT HISTORY HAVE EVER SUFFERED BEFORE. WE ARE NO LONGER A COUNTRY THAT WILL STAND FOR YOUR DEMENTED WORDS OF VIOLENCE & DEATH. BE CAUTIOUS!

Trump’s aggressive tweet was in response to comments made by Rouhani suggesting that war with Iran would be “the mother of all wars.”

“Do not play with the lion’s tail, because you will regret it eternally,” Rouhani warned Trump.

The dust-up is in response to Trump’s decision two months ago to pull America out of a 2015 nuclear deal with Iran – a deal negotiated by his predecessor, Barack Obama (and made possible by a “Republican” congress).   As a result of that decision, Trump will “begin reinstating U.S. nuclear sanctions” on the Middle Eastern nation – including “the highest level of economic sanctions” America is capable of imposing (i.e. sanctions against other nations that choose to do business with Iran).

“What Trump is saying against Iran is merely psychological warfare,” said Gholamhossein Gharibpour, one of the nation’s military leaders. “He wouldn’t dare to make the mistake of taking any actions against Iran.  We will not give up on our revolutionary values and beliefs and we will stand against imperialists and tyrants, and those few who have fallen for this psychological warfare of this crazy president should know that he wishes the destruction of all of us.  Our people and our armed forces will stand up to enemies and will not yield.”

Trump’s tweet drew a rebuke from the far left, which reminded him that on several prior occasions he accused Obama of being willing to start a war with Iran in order to show “how tough he is.”

“In order to get elected, (Obama) will start a war with Iran,” Trump tweeted in November of 2011.

“Remember what I previously said – Obama will someday attack Iran in order to show how tough he is,” Trump tweeted in 2013.

Trump has also acknowledged using harsh rhetoric in order to improve America’s negotiating position – as he did prior to a historic summit earlier this year with socialist monarch Kim Jong-un of the Democratic People’s Republic of Korea (DPRK – a.k.a. “North Korea”).  So it’s difficult to tell whether he’s being serious or merely posturing in an attempt to reset diplomatic efforts.

Why should America be engaging with Iran diplomatically in the first place?

We only oppose the offensive actions of these nations if they are targeting our nation … or a vital national security interest abroad.

Again, the military conduct of “rogue regimes” should not concern the United States unless it poses a clear and present danger to our national security (not Israel’s national security).  If it does, then we fully support disproportionate military responses (a.k.a. “hitting reset“).

ISIS Got The Good Stuff (From US)