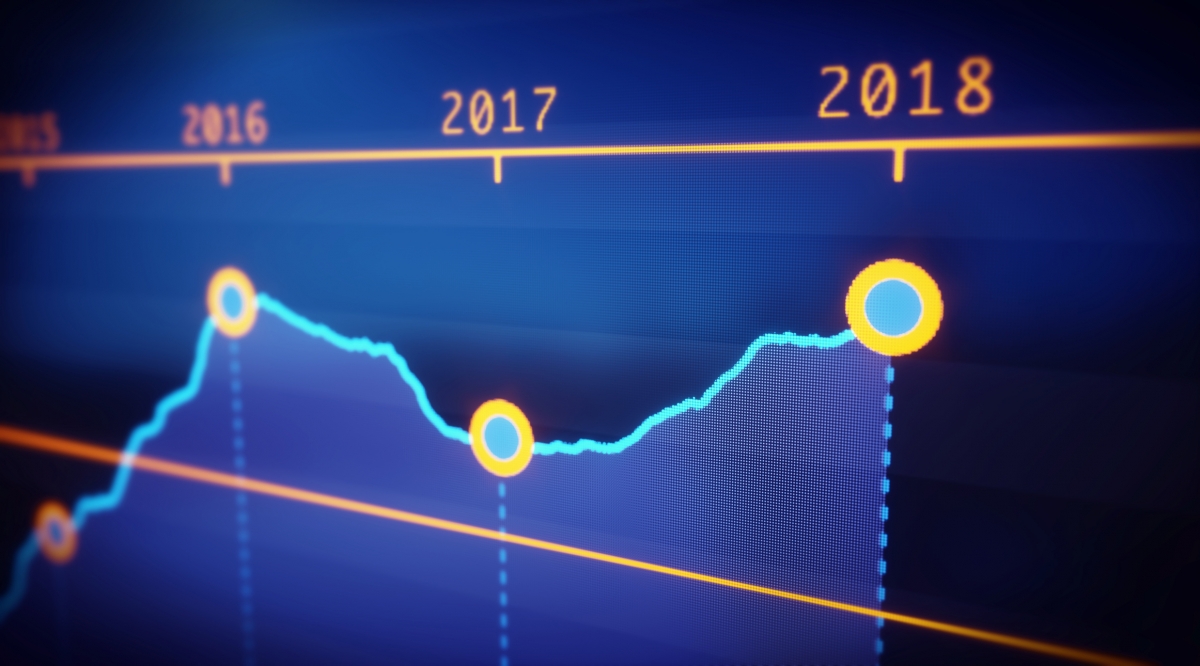 For the first time since he was elected, U.S. president Donald Trump is receiving the support of a majority of Americans … at least when it comes to his handling of the U.S. economy.

Public perception notwithstanding, Trump will need solid, sustained growth in order to meet his administration’s budget goals – even if those goals are entirely inconsistent with promises he made on the campaign trail.

In March of 2016, Trump promised the national debt would be eliminated during his eight years in office – but by the following month he had already backtracked on that pledge.

After two budget cycles in which his administration presided over the reckless growth of the federal behemoth (click here and here), it is abundantly clear Trump is not being aggressive when it comes to cutting spending.  His administration isn’t going to eliminate the debt.  Hell, it is adding to the debt.

Bottom line?  The only thing capable of saving this nation is a booming economy.

Meanwhile, growth for the second quarter of this year – which Trump and his allies have been bragging about for weeks – is now projecting at 3.8 percent, according to the Atlanta Federal Reserve’s GDPNow tool.  That would be a solid print, but not quite as solid as previously projected.

Two weeks ago, GDPNow projections were at 4.8 percent for the quarter …

As this news site has frequently noted, America’s economy hasn’t grown at a three percent rate in more than a dozen years. It hasn’t eclipsed the four percent threshold since 2000 – former U.S. president Bill Clinton’s final year in office.  By contrast, annual growth exceeded five percent in twelve out of thirty years from 1950-1980.  And it exceeded four percent in seventeen out of those thirty years.

In other words, the ongoing era of obscenely big government has not been good for American prosperity.

Former U.S. president Barack Obama – the biggest “big government” president of all time – was the first U.S. chief executive since Herbert Hoover not to preside over at least one year in which the economy expanded at a rate of three percent or higher.

Which tells you all you need to know about the inefficacy of the government “stimulus” he championed.

“It is, quite simply, the worst possible response to our current economic crisis that America could have come up with – making its taxpayers fund an unprecedented bailout of failed bureaucracies at every level of government with money we don’t have,” we wrote way back in February 2009.

Which is why the Great Recession has wound up being every bit as bad as the Great Depression.

Of course those failed bureaucracies are now being propped up under Trump and congressional “Republicans,” too …

Real economic growth is never going to happen unless our government dramatically reduces its expenditures, fundamentally refocuses where it spends our tax dollars … and starts investing in the consumer economy again (i.e. providing bigger, bolder tax relief that is targeted to the middle class).