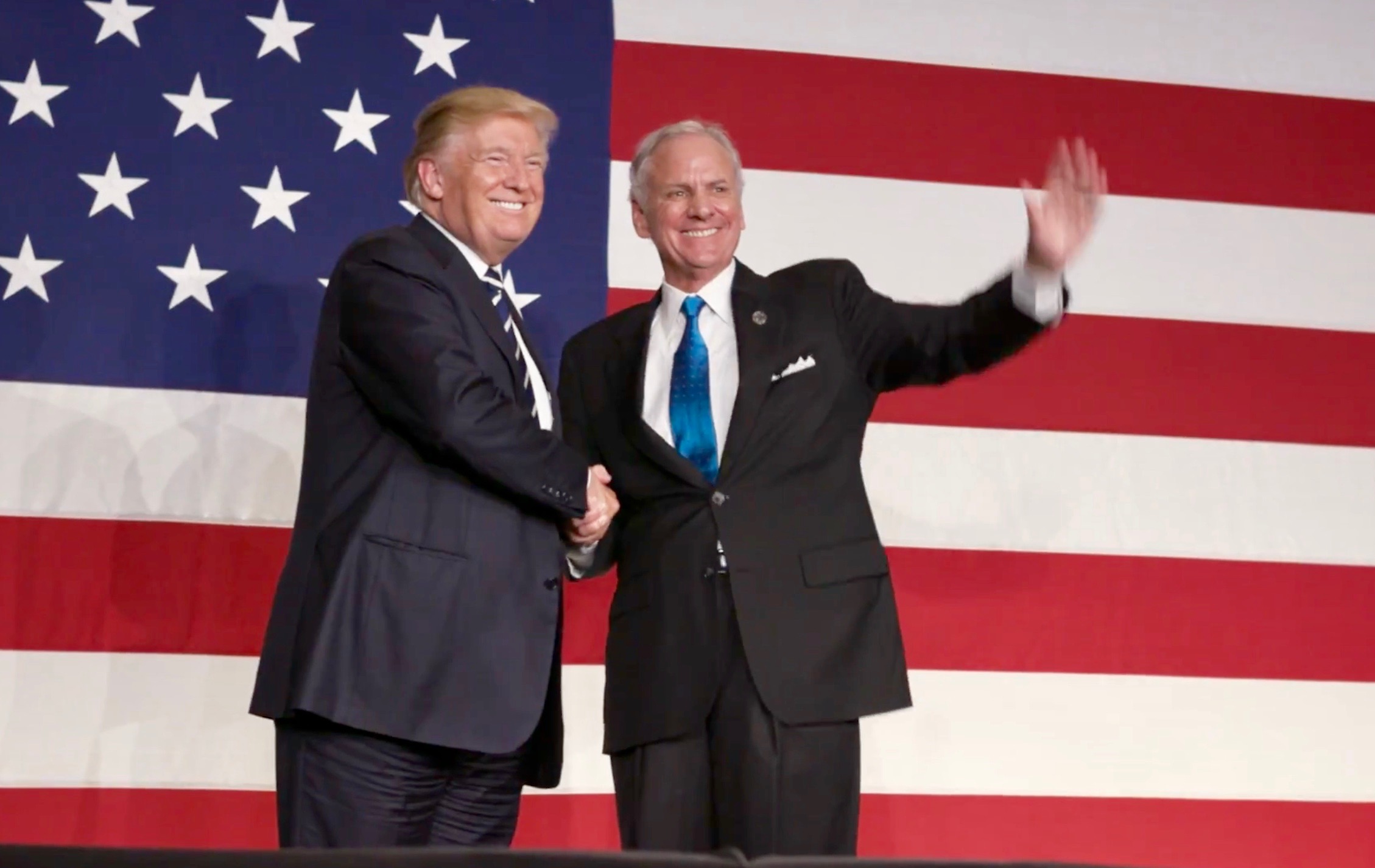 Incumbent “Republican” governor Henry McMaster of South Carolina is about to hit the airwaves with the first salvo of his promised “air war.”

Not surprisingly, the 30-second television spot will rely heavily on U.S. president Donald Trump – who gifted this job to McMaster last January and endorsed him last fall at a fundraiser in Greenville, S.C.

McMaster’s campaign hasn’t posted its new advertisement publicly, but according to reporter Meg Kinnard of The Associated Press the spot is scheduled to launch this Thursday as a “statewide … six-figure buy.”

McMaster is the third “Republican” GOP candidate to hit the airwaves, following Lowcountry labor attorney Catherine Templeton (who launched her air war two weeks ago) and Upstate businessman John Warren (who has been on the air since April 3).

McMaster desperately needs his “air war” to work if he hopes to avoid a GOP runoff election against Templeton, Warren or S.C. lieutenant governor Kevin Bryant on June 26.  To do that, he’ll need to win a majority of “Republican” ballots cast on June 12.  If he fails to do that, he will find himself in a head-to-head battle against one of these three primary opponents – a matchup he may not be able to survive.

As we noted last month, McMaster has “run an uninspired reelection campaign.”

He’s also fumbled, bumbled and stumbled his way through his first fourteen months as governor – with his best move (a veto of a gas tax increase issued last spring) later being exposed as nothing more than insider theater.

As a result, we haven’t seen a poll showing McMaster above fifty percent in more than five months – although our guess is a sustained barrage of pro-Trump messaging will help him as he hopes to attain that threshold.