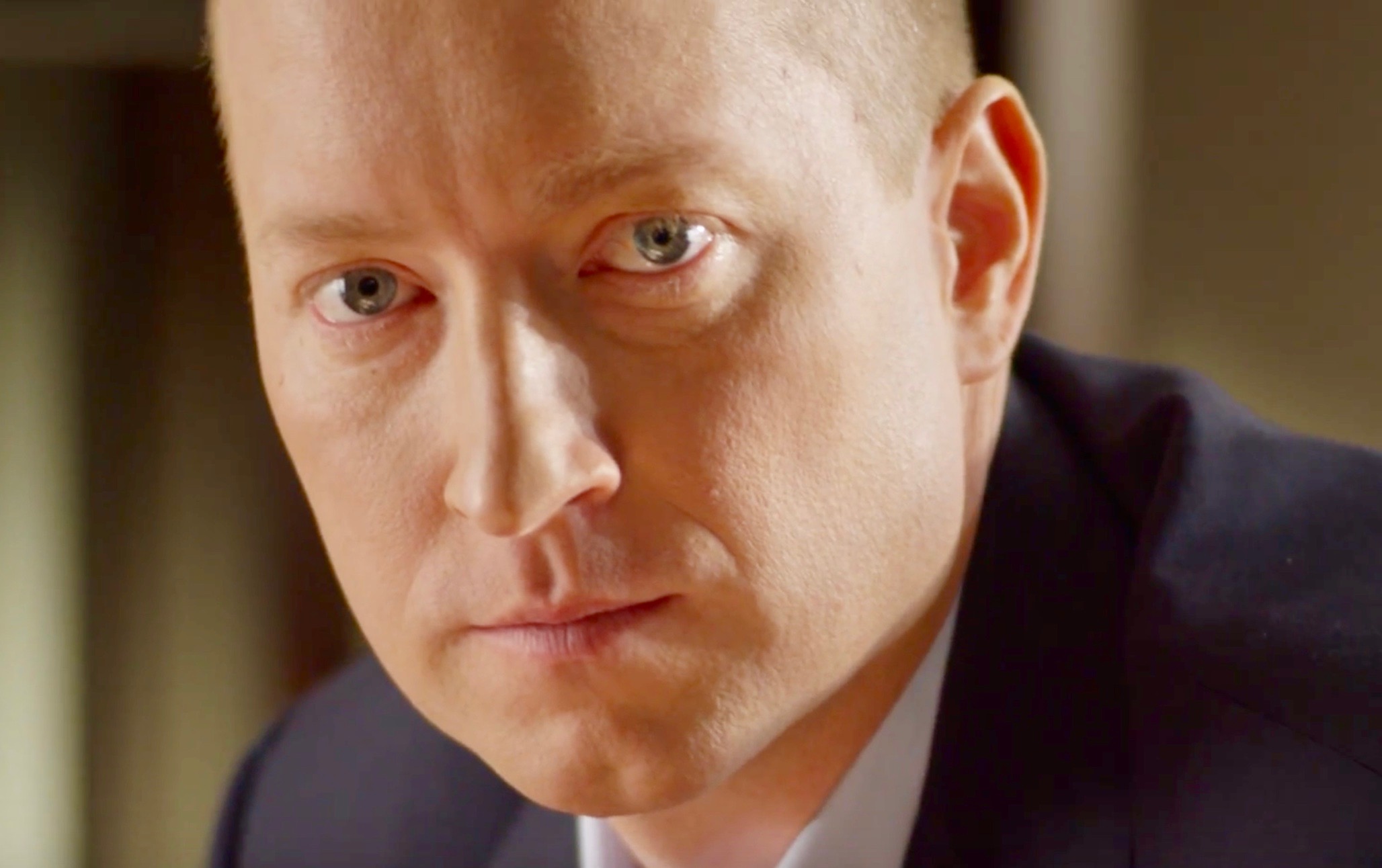 Catch all four of those descriptors?  If not, here they are again …

Warren hits all the “Republican” hot buttons in his introductory spot – which is the first television advertisement run by any of the candidates for governor (GOP or Democratic).

In the ad, he brands himself as a fiscal conservative who will “hold Columbia accountable for every tax dollar.”  He also plays up the anti-immigration, tough-on-crime perspectives – saying he will “prevent sanctuary cities (and) have police target violent gangs.”

On the social conservative front, he affirms his anti-abortion bona fides – saying “he’ll protect innocent life from the point of conception.”

A Marine veteran who served two tours of duty in Iraq, Warren’s interest in the governor’s office was exclusively reported by this news site in late November.  In early December, Warren opened a campaign account and issued a statement confirming his interest in the race.  In late January, he stepped down from his post as chief executive officer of Lima One Capital – the Greenville, S.C.-based  “specialty mortgage finance company”  he founded nearly a decade ago.

“I want South Carolinians to know that I am on a mission to make our state safer and stronger,” Warren said in a news release accompanying the spot.  “Our great state deserves a true conservative leader with core values, core competencies and a successful business track record.  I will hold Columbia accountable to protect South Carolina’s hard-working taxpayers.”

Warren’s release says his ad will be airing statewide for “several weeks.”

We reached out to his campaign for specific information on the size of the buy, but Warren’s spokeswoman Laura Beth Kirsop would only say it was a “significant statewide buy.”

Our thoughts on Warren’s ad?  It’s spiffy … and as noted above, it obviously hits all the hot buttons that GOP primary voters in South Carolina are eager to see addressed.  Warren’s “sanctuary city” reference is particularly useful in that it’s a clear shot across McMaster’s bow.  The governor has been pushing this “issue” as a centerpiece of his candidacy, and is widely expected to feature it in his own television commercials.

Warren’s decision to include the issue so prominently in his introductory spot takes an arrow out of the incumbent’s quiver.

In early gubernatorial polling, Warren is trailing fellow GOP challengers Catherine Templeton and Kevin Bryant – although our guess is a sustained barrage of television ads will put him in the mix alongside those two contenders.

The prize all of them (and former lieutenant governor Yancey McGill) are chasing?  A runoff date with the incumbent …

In South Carolina, if no candidate receives a majority of votes in a partisan primary election then the top two vote-getters advance to a runoff election two weeks later.  In such a race, McMaster would be exceedingly vulnerable against an outsider candidate like Templeton or Warren – or a more fiscally conservative option like Bryant.

McGill Drama: From Whence The Cocaine?