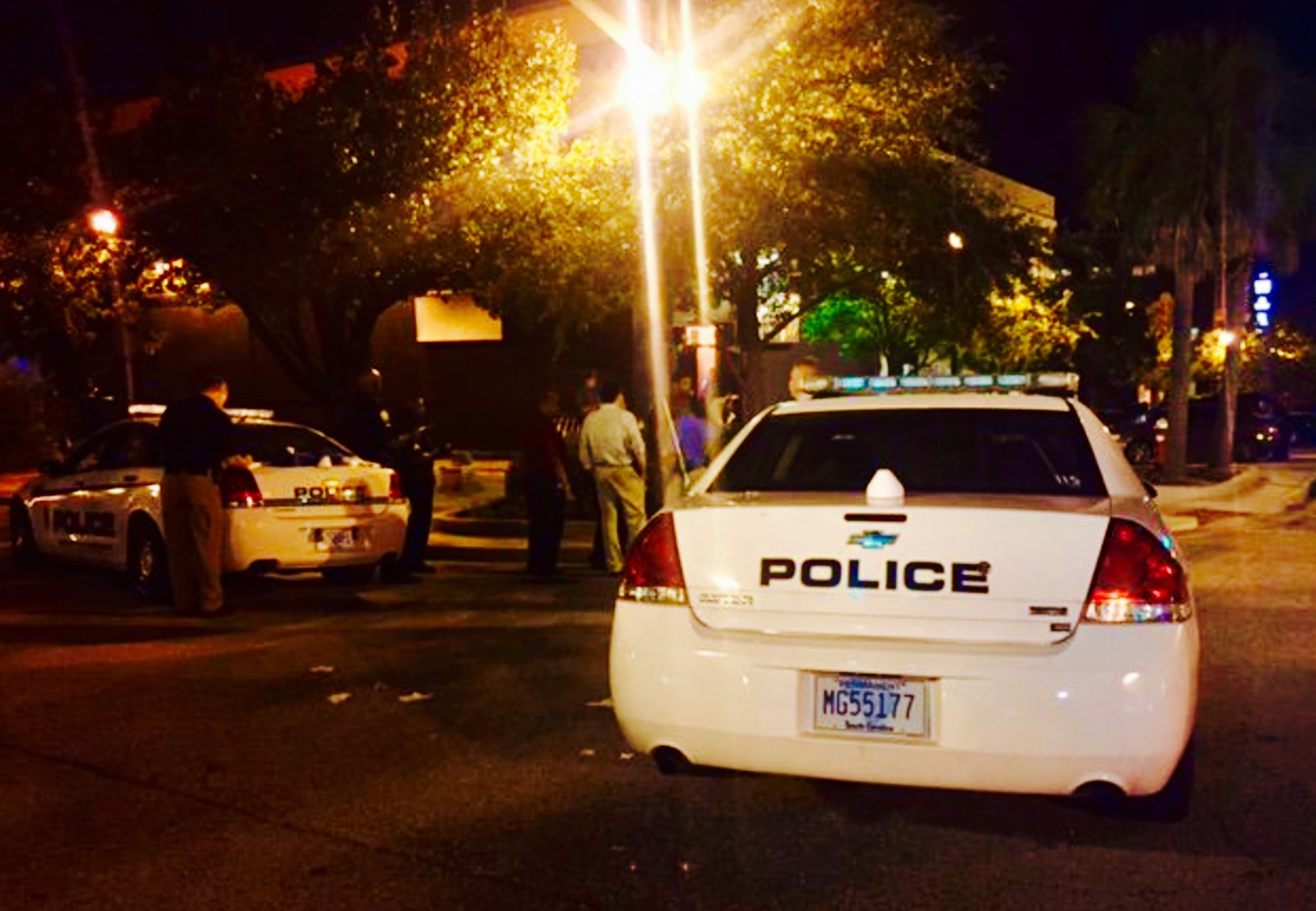 Four individuals have been placed under arrest and charged in connection with yesterday’s hail of gunfire in downtown Columbia, South Carolina.   Three of the suspects have already been arraigned.

As of this writing, two individuals are being held without bond, one had his bond set at $250,000 while a fourth remains hospitalized in the aftermath of the incident – guarded by officers as he awaits arraignment at a later date.

All four of the suspects are black males, which comes as no surprise seeing as city police officers have already identified a since-shuttered black nightclub – the Empire Supper Club – as the epicenter of the bloody violence that left eight people wounded in the early morning hours Saturday.

Within hours of the shooting, police declared the establishment a public nuisance, revoked its business license and put padlocks on its doors.

Those charged thus far are …

Jarvis Tucker, 26 – One count of accessory after the fact.

“Further charges in this case are forthcoming,” city police officers noted in a press release. “Initial investigation findings have determined that the shooting incident was an intentional act between various people and not a random act of violence against the public.”

In other words, seven people got caught in the crossfire …

Here’s a tweet from the City of Columbia police department with the mug shots of Bates, Gallman and Tucker …

“We have got to recognize that gun crime is real and cannot be tolerated,” Columbia police chief Skip Holbrook said in announcing the first round of charges.  “It’s not just a police issue. It is everyone’s issue. We have to take a holistic approach as a community; violent crime prevention, education, legislation, harsher penalties and zero tolerance. We need people who see something to say something. Become engaged and a partner with us in preventing and solving crimes.”

Speaking of, Columbia police continue to search for a black, 2006 BMW 3-Series with the South Carolina license plate NLB-507.  This car has been “positively identified (as) a vehicle of interest in connection with the shooting.”

As police continue their investigation, anyone with information regarding the shooting is encouraged to call 1-888-CRIME-SC or text information to “CRIMES” (274637) and mark the beginning of their message with the word “TIPSC.”  Finally, individuals with information can go online to Midlands, S.C. Crimestoppers and click the red “submit a tip” tab.