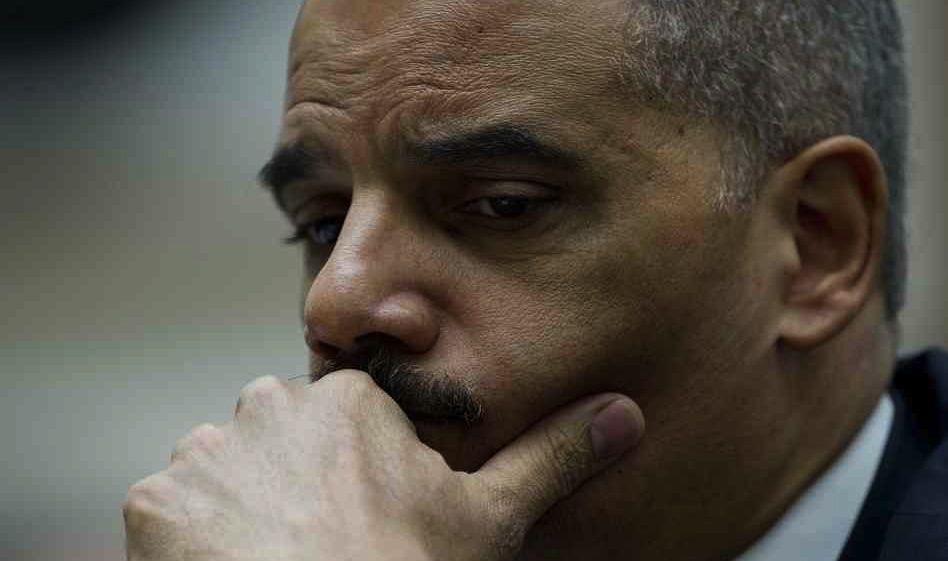 This website has repeatedly called on the U.S. Department of Justice (USDOJ) – led by Attorney General Eric Holder – to conduct an investigation into the 2012 “Richland County Robbery.”

As a result of this deliberate voter suppression, a $1.2 billion tax hike was narrowly “approved.”

Some background: After county residents narrowly rejected this tax hike in 2010, liberal Republican and Democratic leaders of the local legislative delegation decided to take matters into their own hands. And so with the approval of S.C. Gov. Nikki Haley, they  passed a law seizing control of the local election commission – and installed their hand-picked puppet as its leader.

This puppet proceeded to rig the election – targeting excessive shortages of voting machines in county precincts that voted against the tax hike two years earlier (possibly working in direct coordination with her intimate relations in the pro-tax movement).

These election machine shortages – which again, flagrantly violated state law – produced wait times of up to seven hours in staunchly anti-tax districts, which resulted in widespread suppression of the anti-tax vote.

The result? A narrow “victory” for the tax hike – and a new job and a lifetime pension for the puppet.

This week, the Richland County election commission fired its director, Harold Jackson – a guy who (thankfully for the citizens of this is not going gently into that good night.

According to Jackson there is evidence of illegal activity perpetrated by the commission – not to mention absentee ballots from the 2012 election that were never counted.

Jackson says he has turned his evidence over to the S.C. State Law Enforcement Division (SLED) – but as we’ve seen in numerous prior cases that’s like throwing it into a weighted suitcase and tossing that suitcase into the ocean.

We’re not saying anything different will come of turning the information over to the USDOJ (which has had almost a year-and-a-half to open a case against the Richland County robbers), but Jackson should at the very least get his information on the record with the federal authorities.

Beginning in 2010, a deliberate effort was undertaken by state and local leaders based in Richland County to rig an election – costing taxpayers $1.2 billion. As we’ve said before, this “cannot be allowed to stand.”

The result of this election must be undone, the ill-gotten gains obtained by its fraudulent passage must be returned to taxpayers and the politicians and bureaucrats who stole the money must be held accountable.

That’s what justice demands in this case …

Mia McLeod: Told You So