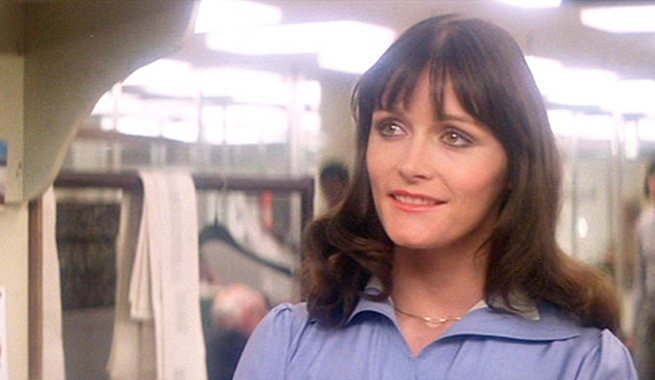 SOME SUPER REPORTING ON SUPER-DELEGATES BY SUPERMAN’S GIRLFRIEND …

Oftentimes we’ll skim articles without even noticing their bylines. And that’s exactly what happened late last week when one of our sources sent us a very well-written, well-researched story slamming Hillary Clinton for her campaign’s collusion with the Democratic establishment to purchase the loyalty of hundreds of her party’s so-called “super-delegates.”

“In August 2015, at the Democratic Party convention in Minneapolis, 33 democratic state parties made deals with the Hillary Clinton campaign and a joint fundraising entity called The Hillary Victory Fund,” the article noted. “The deal allowed many of her core billionaire and inner circle individual donors to run the maximum amounts of money allowed through those state parties to the Hillary Victory Fund in New York and the DNC in Washington.”

South Carolina was one of these states – selling out to Clinton for a measly $64,100.

“The idea was to increase how much one could personally donate to Hillary by taking advantage of the Supreme Court ruling 2014, McCutcheon v FEC, that knocked down a cap on aggregate limits as to how much a donor could give to a federal campaign in a year,” the author continued in her article. “In other words, a single donor, by giving 10,000 dollars a year to each signatory state could legally give an extra $330,000 a year for two years to the Hillary Victory Fund.”

So much for Clinton’s rhetoric on reforming America’s campaign finance laws, huh?

As shady as this incestuous fundraising apparatus is, it’s not illegal.  But to those following the money – including the author of the column – it raises serious questions about the integrity of the Democratic nominating process.

One could reasonably infer that the tacit agreement between the signatories was that the state parties and the Hillary Clinton Campaign would act in unity and mutual support. And that the super-delegates of these various partner states would either pledge loyalty to Clinton, or, at the least, not endorse Senator Sanders. Not only did Hillary’s multi-millionaire and billionaire supporters get to bypass individual campaign donation limits to state parties by using several state parties apparatus, but the Clinton campaign got the added bonus of buying that state’s super-delegates with the promise of contributions to that Democratic organization’s re-election fund.

That’s exactly what is happening …

Big money is effectively purchasing Democratic super-delegates … even if the voters of the states in which these delegates reside didn’t support Clinton.  This disparity is abundantly clear in looking in the current Democratic delegate count.  Among pledged delegates – i.e. those bound to the results of their state’s primary or caucus elections – Clinton enjoys a narrow 1,243 – 948 advantage over independent socialist U.S. Senator Bernie Sanders.

Among the “super-delegates,” though, Clinton currently enjoys a whopping 469 – 31 advantage.

Does that sound even remotely right?  Of course not.  But when you follow the money trail through the state parties, it makes sense.

“If a presidential campaign from either party can convince various state parties to partner with it in such a way as to route around any existing rules on personal donor limits and at the same time promise money to that state’s potential candidates, then the deal can be sold as a way of making large monetary promises to candidates and Super-delegates respectable,” the article of the column explained.

So … who is author of this excellent investigative piece?  Glad you asked: The story was written by Sanders’ supporter Margot Kidder.

Yup.  This incredibly insightful, incisive rebuke of status quo chicanery on the Democratic side of the aisle was written by none other than the woman who gained international fame in 1978 for her portrayal of Lois Lane.

Now a 67-year-old progressive activist living in Montana, Lane … err Kidder … has come up with something we think the editors of the fictitious Daily Planet would have been honored to publish.  We know those in her home state should be proud.

“That outsiders could make their votes count for more than our own in our Presidential primary by supporting a system that is rigged in favor of the wishes of lobbyists and billionaires running their money through our state democratic party coffers is a concept that most Montanans would be repulsed by,” Kidder wrote.

While we don’t necessarily embrace her politics … we admire Kidder’s willingness to confront the powers-that-be masquerading as champions for the downtrodden on the left.  That’s exactly what we’re trying to do on the other end of the ideological spectrum.

Of course it’s one thing to try going after the powers-that-be … it’s another thing to draw some blood in the process, which is exactly what Kidder’s piece does.

As her support for Sanders’s socialist presidential bid attests, Kidder is obviously not someone with whom we will ever find ourselves in ideological alignment.

But we respect the hell out of her journalistic chops … and her ability to tell “truth to power.”