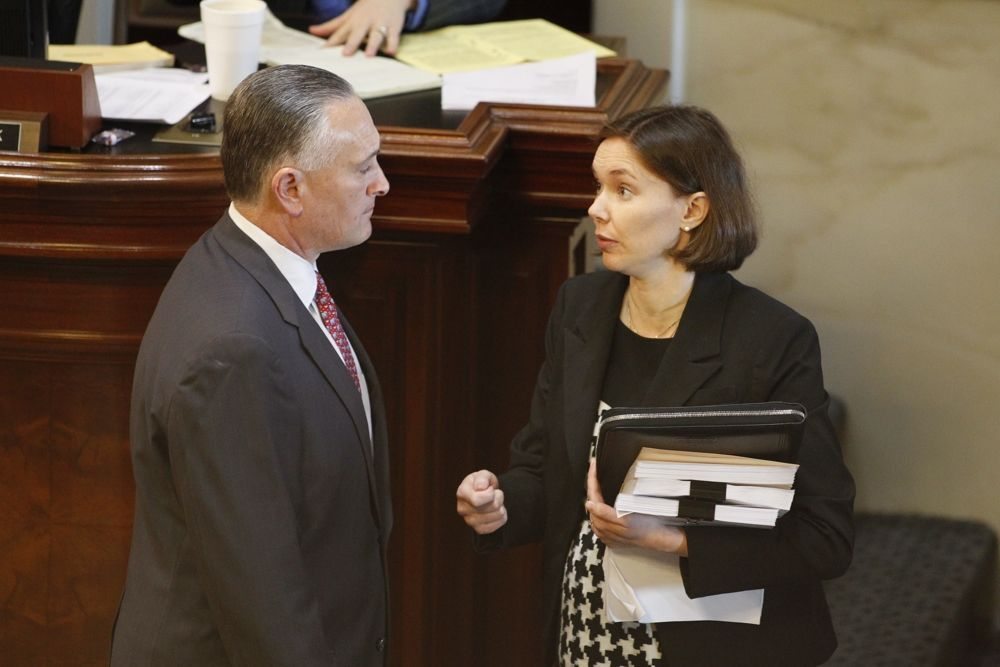 Kenny Bingham – the powerful South Carolina state lawmaker who is currently suing this website and its founding editor for libel – will not seek reelection to the S.C. House of Representatives in 2016.

News of Bingham’s decision was first reported by Andrew Shain of The (Columbia, S.C.) State newspaper, who referred to him as a “go-to player” in the legislature.

That’s accurate.  The 53-year-old owner of a Cayce, S.C. engineering firm was widely viewed as a frontrunner to become the next speaker of the S.C. House of Representatives – and his last minute decision not to run for reelection to the House (filing for legislative offices opens next week) raises a host of questions as to what may have motivated his decision.

“He’s too ambitious for there not to be a reason,” one state lawmaker told us.

Shain’s article referenced as much …

“Bingham had unfulfilled ambitions to be S.C. House speaker one day,” he reported.

“Republican” sources tell us Bingham may be in the process of transferring his ambition to the S.C. Senate – specifically a possible bid against State Senator Nikki Setzler, one of the few remaining white Democrats in the S.C. General Assembly.

Bingham would be giving up a lot of influence in the House to become a freshman Senator, though.  He is currently chairman of the S.C. House ethics committee – the legislative self-policing panel that whitewashed the transgressions of governor Nikki Haley four years ago.  He’s also a member of the powerful ways and means committee, which gets first crack at drafting the state budget each year.  Prior to that, he was the “majority” leader of the “Republican-controlled” S.C. House from 2008-12.

The weakness of current S.C. speaker Jay Lucas in the aftermath of last year’s Confederate flag flap seemed to open a door for Bingham – in fact many lawmakers have told us he nearly beat out Lucas for the job when it became available in late 2014.

Trying to be out of sight and out of mind before the tsunami hits !!

Maybe he Will own FitsNews?

Bingham has no choice but to quit

The Dept of Justice is watching him.

You are talking out of your ass. Pure character assignation.

They know who you are and where you live.

I know all about talking out of my ass, it’s the only way I can communicate.

Only a few things you can say…

My thoughts as well. My guess is that the fed’s told him not to run with what’s coming down the pipe. The rats are scurrying for cover. Bobby Harrell say’s hi!

Everyone knows this disgusting pig made most of his money through shady backroom gooberment deals to his firm. Good riddance. Maybe he’ll hire Haley to do some shady bookkeeping for him.

Is he still kicking FITS butt in court?

Maybe I can file one of my fake lawsuits if he is. It will help keep me from having to find a job.

You could start a real estate investment seminar school.

I think Bristol Palin made lots of money that way. Thank goodness, I can be a total screwup and still make it thanks to gullible dumb Republicans like myself.

A foundation supported by the likes of Donald Trump, no less.

I could claim I’m a consultant and take welfare. Oh wait, I already do that! LMAO!!!

so who’s the lady talkin to him on the floor? I think I’ve seen that hounds tooth somewhere before

Her name is Emma Dean, a staff attorney for the House

Maybe he’s retiring. He looks to be seventyish.

Seems as though he has too much to lose by running for the Senate. But, many a politician have danced to the tune of a stranger jig.

Every time a little girl smiles, a Republican fails.