In response to the violence that erupted in Charlottesville, Virginia earlier this year, a pair of unlikely allies emerged in the “tolerance” debate here in South Carolina.

James Bessenger, chairman of the S.C. Secessionist Party, aligned with outspoken black nationalist Shakem Amen Akhet on a pact known as the “Charleston Accord.”  This agreement committed both leaders to opening a “dialogue between communities of traditionally opposing beliefs” and more importantly, to “actively discourage and work to prevent violence during public discourse.”

News of this non-aggression agreement – which broke exclusively on this news site – naturally prompted a positive response from the powers-that-be, right?

America’s divide-and-conquer establishment – eager to “keep ’em separated” – apparently didn’t like this unexpected racial détente one bit.  And so agents of the FBI’s Joint Terrorism Task Forces (JTTF) were dispatched to intimidate … err, interview Akhet about his dealings with Bessenger’s group.

This month Bessenger’s group is working on another unlikely agreement with another prominent black nationalist leader – Andre Gregory of Gaffney, S.C.  The leader of the Upstate’s #BlackLivesMatter movement, Gregory (below) is planning a press conference with Bessenger later this month.

What’s on the agenda? 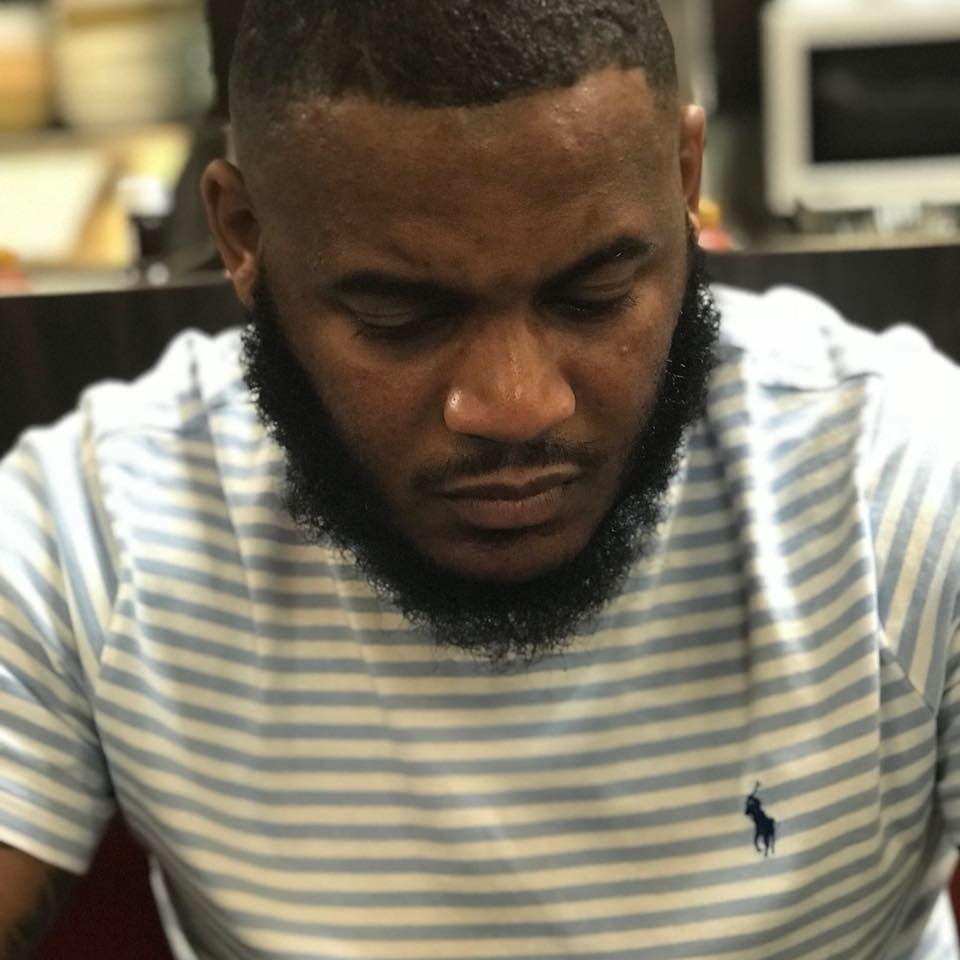 According to our sources, both leaders are frustrated as a result of their dealings with the Greenville, S.C. police department – and specifically the city’s chief of police, Ken Miller.

In a post on its website, the S.C. Secessionist Party lays out in chapter and verse its frustration with Miller and his department, which it alleges has been engaged in a “war on Confederate Heritage supporters” – one that has included “repeated occasions of discrimination and abuse of power.”

According to the group, Greenville police officers are refusing to allow Secessionist party members to display Confederate flags at public events – including an outdoor concert held downtown last Thursday.

Not only have officers (including chief Miller) enforced this prima facie violation of the group’s constitutional rights, but they have compounded the issue by allowing other groups to fly their flags at the same events – the sort of selective enforcement that makes our skin crawl.

Bessenger, who happens to be overtly gay in addition to being overtly Confederate, rebuked Miller for this cravenly politically correct double standard.

“It’s insane to think that GPD would ignore me for waving a rainbow flag and threaten to arrest or taser me if I had a Confederate Battle flag,” he told us this week.  “As a gay man I take that very personally.  They aren’t serving and protecting. They’re deciding which parts of my historical and cultural inheritance I’m allowed to be proud of in public.”

Bessenger should be allowed to fly whatever flag he wishes – rainbow, rebel, Nazi, Israeli, Bonnie Blue or Gadsden.  Or he could display all of them at once.  That’s his right as an American citizen – and anyone who attempts to deprive him of that right is, quite frankly, a fascist.

Greenville’s response to Bessenger and his “flaggers” is also quite curious when you consider the Secessionist party has repeatedly defended the police – including flying the “thin blue line” flag at one of its recent rallies on the steps of the S.C. State House. 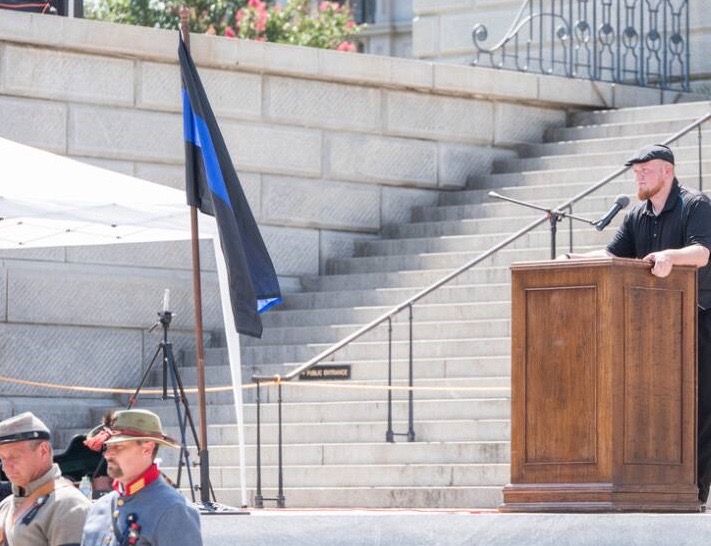 “Southern Heritage supporters stand up for police,” the Secessionist party noted in its blog post.  “The sense of betrayal that many flaggers have expressed feeling as a result of the behavior of Chief of Police Ken Miller and his officers runs pretty deep.”

As for Gregory, he’s no fan of the GPD and its police chief either.  He says Miller has spoken to him in the past in a condescending, borderline racist manner.

“He told me to go back where I come from,” Gregory said.

Miller wasn’t talking about Gregory returning to his hometown of Gaffney, either … he was talking about him going back to Africa.

Several other black activists tell us they have heard Miller speaking in similar condescending tones to other black protesters.

Obviously there are any number of different sides to a story.  That’s why this website looks forward to speaking with chief Miller – and, if possible, the individual officers who have been named to us in connection with these allegations.  They deserve the opportunity to respond, and we will give them that opportunity – including the chance to directly address our readers via unfiltered columns or letters to the editor.

Like the Secessionist party, this website has been a consistent defender of law enforcement here in the Palmetto State.