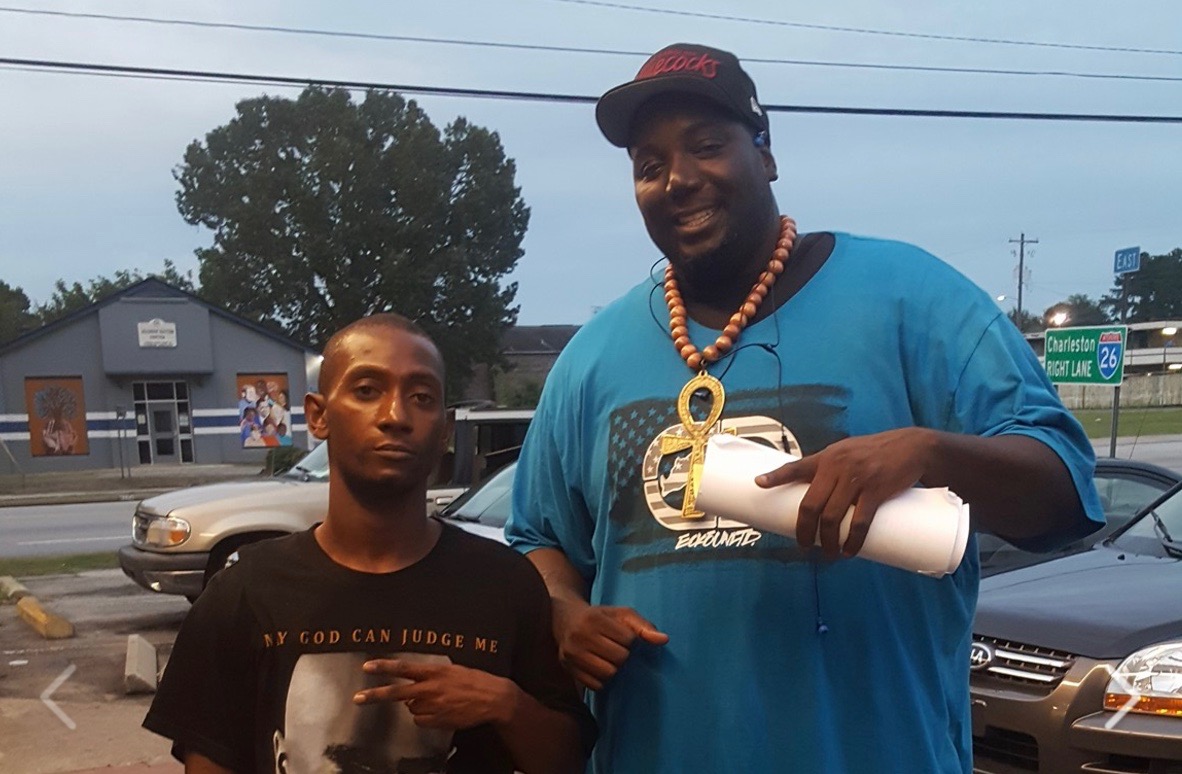 Let’s get something out of the way up front: We’re glad the federal government is working to combat domestic terrorism.  No matter its racial or religious origin, violence against American citizens is wrong – and those who threaten or actively plot such violence must be held accountable.

Obviously we do not support warrantless domestic surveillance as a part of this effort, but we do believe law enforcement agencies – including the FBI’s Joint Terrorism Task Forces (JTTF) – have an obligation to assess credible threats to the homeland.

It did strike us as curious, though, that JTTF agents recently launched an investigation into Lowcountry, South Carolina black nationalist Shakem Amen Akhet.

Akhet is the leader of the Asafo Community Development Association – a group which derives its name from the Akan word for “war people.”

Readers of this news site will recall that last month, Akhet shredded the mainstream media (white) liberal narrative regarding the debate over Confederate monuments.

“Dear white people, thanks for taking down statues but this isn’t our agenda, it’s YOUR beef in response to Donald Trump,” Akhet wrote, adding that his group would continue to focus on the “REAL black agenda” of improving academic and economic outcomes for black Americans.

Prior to that, Akhet turned heads when his organization negotiated a cooperative agreement with the S.C. Secessionist Party in the aftermath of the racial violence that rocked Charlottesville, Virginia last month.

This agreement – the “Charleston Accord” – was exclusively reported by this news site.  It pledged Akhet’s supporters and supporters of the S.C. Secessionist Party “to actively discourage and work to prevent violence during public discourse.”

Apparently Akhet’s level-headed response to Charlottesville – and his work to stop racial violence in the Lowcountry – did not please the Gods of Division in Washington, D.C.

Accordingly, Akhet was summoned to Mount Pleasant, S.C. to meet with JTTF agents – a confab he documented extensively in a video posted to his Facebook page.

Agents initially told Akhet they were concerned about his “anti-police rhetoric” and the possibility he might be using his influence in the Lowcountry to “incite” violence against law enforcement.

But it quickly became clear what the interview was really about …

“Then he starts questioning me about the Secessionist Party and, you know, the press conference we did,” Akhet said in his video. “He’s saying that their concern – the people who supposedly filed a complaint and went to the FBI – their concern is that you have a black nationalist and a white nationalist coming together, two radical ideologies, basically coming together and we really don’t know what to expect.”

Akhet said the FBI told him “we need you to kind of give us some understanding of what it is – with these two radical groups coming together” because his collaboration with the group was something the agency was “concerned about.”

Protesters and counter-protesters ignored each others’ constitutional liberties and instead chose to do bodily harm to each other – while inciting others to do similar bodily harm.

To his credit, Akhet acknowledged the FBI’s “investigation” into him was nothing more than an “intimidation tactic or (a) scare tactic.”  He also noted that the FBI told him it began investigating him three weeks ago – timing that clearly coincides with his collaboration with the S.C. Secessionist Party.

“I think it’s unfortunate that hatred and violence warrant front page news while peace and cooperation warrant a federal investigation,” S.C. Secessionist Party chairman James Bessenger told us in response to Akhet’s video.  “I honestly think this was an attempt to discourage our efforts rather than sincere concern on the part of the FBI.”

Bessenger, our readers may recall, is no ordinary Confederate.  He publicly identified as a homosexual last year – and has surprisingly (to some) continued to receive support from those in the Heritage movement.

This news site has long maintained that those in power in America do not want racial reconciliation.  Nor do they believe in true tolerance.  Their goal is to keep us separated … fighting over surface divisions while they rob us blind and drown us in debt.

Even more disturbing?  The fact that FBI assets which could have been used to chase down real threats were misappropriated in such a manner.