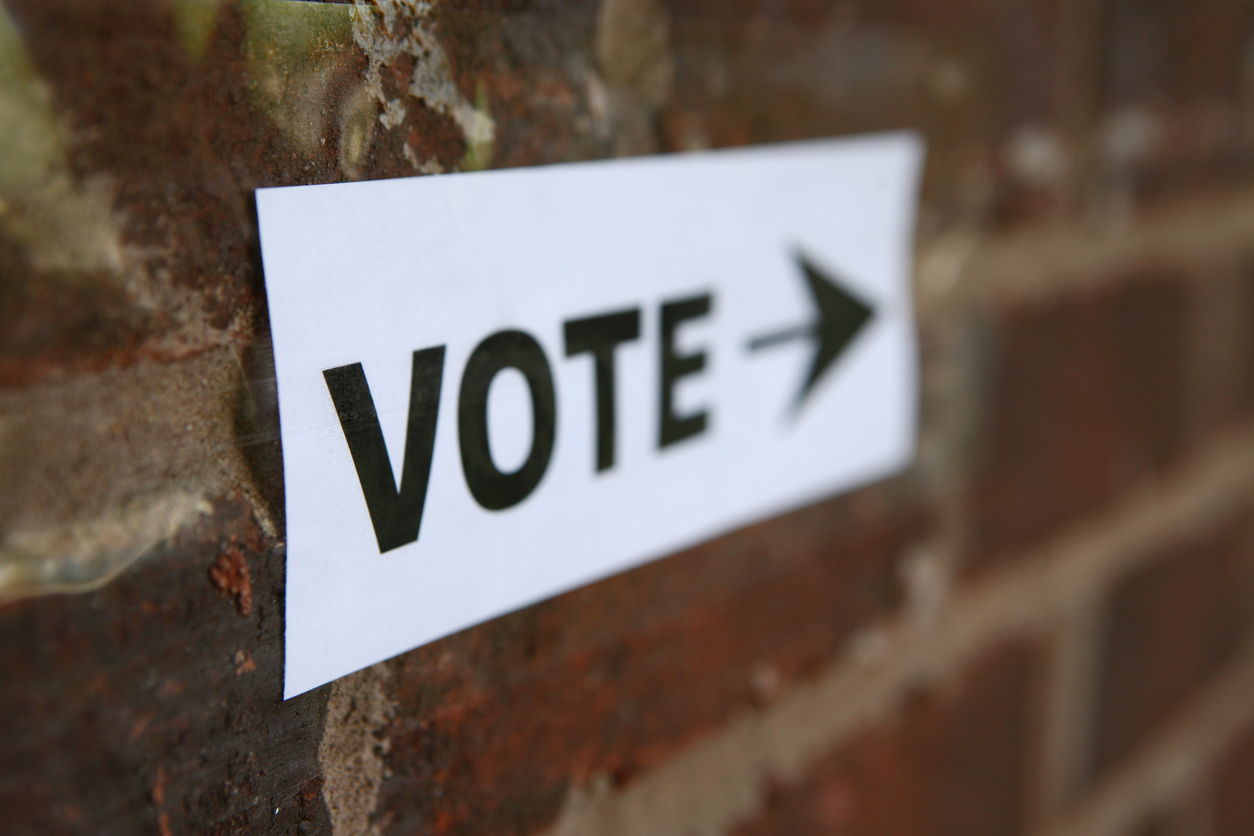 This news site writes often about #TeamPurple, which is our hashtag for the costly “bipartisanshit” that transpires on a daily basis in our nation’s capital.

As we’ve noted on numerous prior occasions (most recently here), there is no “red team” or “blue team” in Washington, D.C. anymore.  There is only #TeamPurple, “a single cabal of self-dealing politicians backed by corrupt special interests.”

The latest example of #TeamPurple?  The failure of the “Republican-controlled” U.S. Senate to repeal even a sliver of former president Barack Obama’s socialized medicine monstrosity, Obamacare.

Anyway, we gave up on the GOP in 2012 … and the party has done absolutely nothing since then to warrant restored faith.

We’re apparently not the only ones who feel that way …

According to the latest Gallup data, “nearly twice as many Americans today think a third major party is needed in the U.S. as say the existing parties do an adequate job of representing the American people.”

All told, 61 percent want another option – which is “the highest Gallup has recorded.”  Meanwhile only 34 percent believe “Republicans” and Democrats provide sufficient electoral choice.

By contrast, in 2003 a majority of citizens – 56 percent – believed the two major parties did an “adequate job of representing the American people.”

Here are the trend lines over that time period … 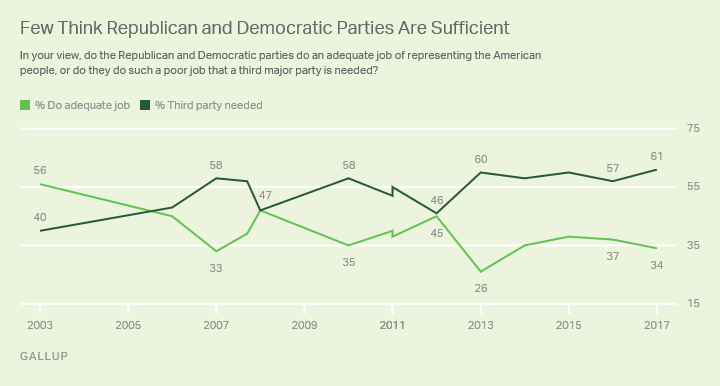 So … what form should this “third way” take?

Good question.  During the 2016 presidential election, populist alternatives emerged to both “Republican” and Democratic establishment candidates.  On the Democratic side, this rebellion (spearheaded by independent socialist U.S. Senator Bernie Sanders) was crushed.  On the GOP side, it was able to break through and produce the nomination of Donald Trump.

Of course Trump hasn’t exactly been a pure alternative to the GOP … nor the consistent conservative advertised to voters on the campaign trail.

Bottom line?  Outcomes matter.  Former presidents Obama and George W. Bush failed to produce positive outcomes, and Trump isn’t off to the hottest start on that front either.

Times are difficult, and people are frustrated and looking for someone to blame … which means it’s only a matter of time before compelling alternatives to the two-party status quo break through.