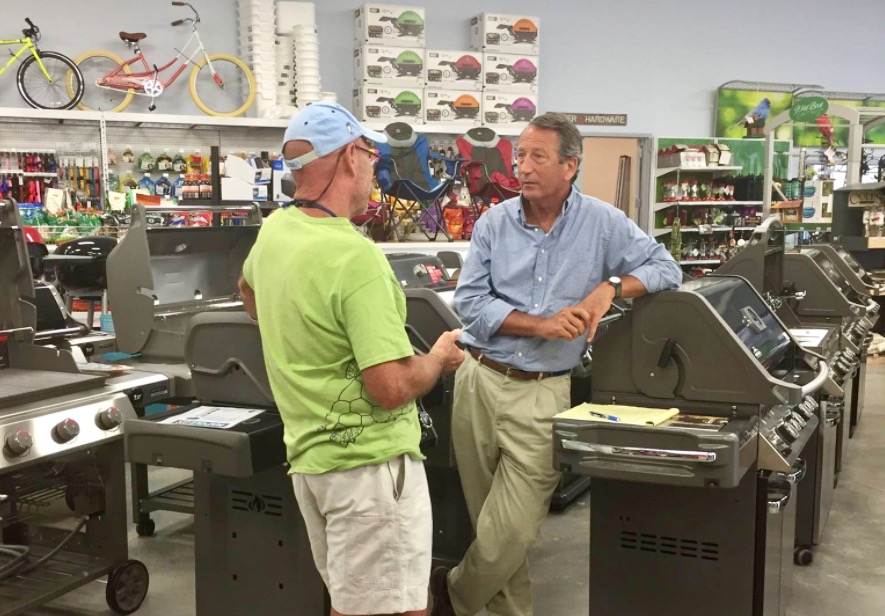 Congressman Mark Sanford of South Carolina is relaying information on the inner workings of the U.S. House Freedom Caucus to “Republican” leadership, sources in Washington, D.C. tell us.

“He’s a snitch for the leadership,” one congressional staffer familiar with the situation told us.  “He’s reporting back to the Speaker’s office on everything.  Members are leery of speaking with him or discussing anything when he is in the room.”

Well … either that or they don’t want to be around Sanford for, um, other reasons.

We spoke directly with two Freedom Caucus members who told us that members of the group have had longstanding trust issues with Sanford, although neither could comment on the snitching allegations.

Formed in 2015 by congressman Jim Jordan of Ohio, the Freedom Caucus is currently led by congressman Mark Meadows of North Carolina.  According to the group’s Facebook page, its 31 members “support open, accountable and limited government, the Constitution and the rule of law, and policies that promote the liberty, safety and prosperity of all Americans.”

Obviously those views put them at odds with the “Republican” leadership in the House – led by fiscally liberal U.S. Speaker Paul Ryan.

During Sanford’s first stint in the U.S. Congress from 1995-2001, he was the embodiment of a principled limited government conservative – a term-limited “citizen legislator” who cast many lonely votes in defense of freedom and free markets.  Since returned to Congress in May of 2013, however, he has been anything but …

In fact, he’s explicitly contradicted many of the guiding principles articulated in his 2000 manifesto, The Trust Committed To Me.

No longer the taxpayer hero or limited government champion he once was, Sanford has become a typical Washington “Republican” (click here, here and here for our reports chronicling this unfortunate evolution).

Sanford is facing a credible challenge in next spring’s “Republican” primary from first-term state representative Katie Arrington – a race that comes on the heels of his tremendously unimpressive performance in last year’s GOP primary against underfunded opponent Jenny Horne.

Aside from his other issues, Sanford has been dogged by reports of a lingering campaign finance scandal as well as unresolved allegations of child abuse involving his young niece.  In fact as of this writing, the S.C. State Law Enforcement Division (SLED) investigation into the mysterious June 2016 incident involving Sanford and his grammar school-aged niece remains open.

“That issue alone could kill him,” a pollster familiar with the Palmetto State’s first congressional district (map) told us.

In nearly a quarter century as a professional politician, Sanford has never lost an election.  He’s also got mad stacks of cash to throw into his 2018 reelect.

In other words?  Don’t write him off … but don’t expect him to get much help from his limited government colleagues (especially after his support of uber-liberal former U.S. Speaker John Boehner).