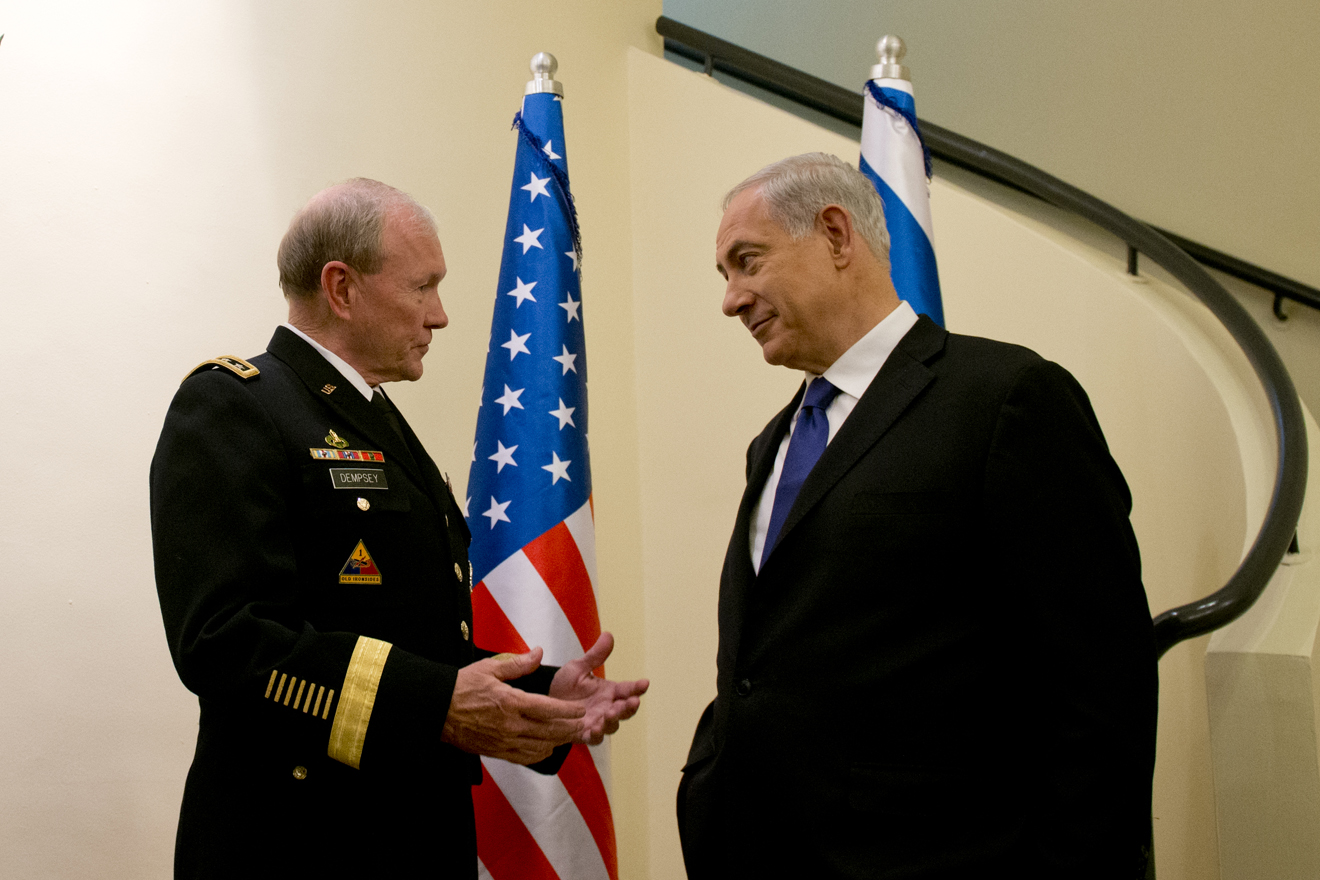 With America having abandoned its failed strategy of arming terrorists in Syria, yet another armed force subsidized by U.S. taxpayers is ratcheting up the rhetoric.

We’re referring of course to Israel, whose leader Benjamin “Bibi” Netanyahu loves to talk tough … with other people’s money.

Your money … but please, don’t “second-guess” him when it comes to spending it.  He doesn’t like that.

Netanyahu paid a visit to the Black Sea resort of Sochi this week for a meeting with Russian president Vladimir Putin.  And as usual, he was talking all sorts of trash.

“We will act when necessary according to our red lines,” Netanyahu told Putin, referring to Iran’s support of Syrian president Bashar al-Assad.

Russia and Iran are allies in the ongoing proxy war in Syria – both backing al-Assad in his fight against the Islamic State in Iraq and Syria (ISIS).  In fact, Russia’s “War on Terror” has been far more effective than America’s … although don’t expect to read about that on U.S. newscasts.

During his meeting with Putin, Netanyahu threatened to go to war over Iran’s “continued entrenchment” in Syria.

“Iran is already well on its way to controlling Iraq, Yemen and to a large extent is already in practice in control of Lebanon,” Netanyahu told the Russian leader. “We cannot forget for a single minute that Iran threatens every day to annihilate Israel. Israel opposes Iran’s continued entrenchment in Syria.  We will be sure to defend ourselves with all means against this and any threat.”

Again, he means you – the American taxpayer.

Israel currently receives $3.1 billion a year in foreign aid from the United States.  Not only that, it was the only nation to escape proposed cuts in the budget proposed by U.S. president Donald Trump earlier this year.

Since 1949, U.S. taxpayers have shelled out a whopping $130 billion on Israel – most of it going toward guns, tanks, missiles and other military assets.  Just last fall, the U.S. Congress approved another $38 billion in military aid for Israel – on top of tens of billions of dollars previously sunk into the Israeli military machine.

When will it end?

Never … not if so-called “neoconservatives” in Washington, D.C. get their way.

To be clear,  this website has never argued against Israel’s right to defend itself – or even to wage aggressive war against its enemies if it believes such campaigns are in its national interests.

Every nation has that right … and the responsibility to accept the consequences.

Our point has simply been that Israel needed to start paying for these wars itself.

In fact, Netanyahu has repeatedly promised that Israel would do just that.

“I believe that we can now say that Israel has reached childhood’s end, that it has matured enough to begin approaching a state of self-reliance,” Netanyahu said during an address to the U.S. Congress nearly two decades ago  “We are going to achieve economic independence.”

Seven years ago, Netanyahu made another visit to Congress – telling lawmakers they didn’t need to send troops to Israel because “we defend ourselves.”

Clearly that’s not the case, though … we (the taxpayers) defend Israel.

Our nation is $20 trillion in debt, people.  And our borders are currently wide open.  Call us crazy, but we would rather spend money securing our homeland than somebody else’s.