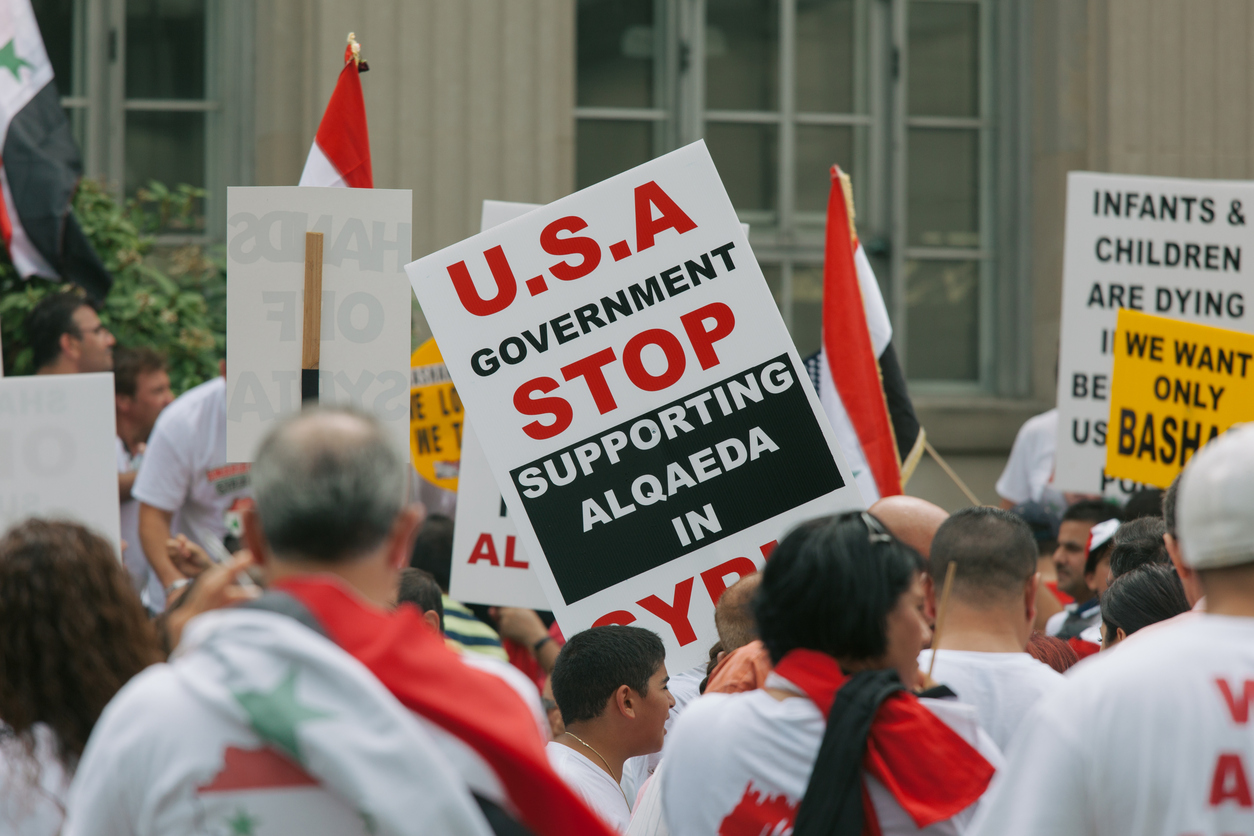 This website vociferously criticized U.S. president Donald Trump back in the spring when he lobbed American cruise missiles into Syria.

“We see no compelling national interest served by American forces engaging in yet another costly Middle Eastern misadventure,” we wrote at the time.  “And even if there were such a compelling interest, our nation is $20 trillion in debt.  We can’t afford another war.”

That’s our basic point: Even if you fundamentally believe America should serve as the world’s policeman (or Israel’s armaments ministry), we can’t afford to.

We’ve also criticized America’s equally ill-conceived policy of subsidizing radical jihadist organizations in Syria just because they are opposed to the regime of president Bashar al-Assad.

On that count, we are happy to report Trump is (finally) doing the right thing.

A month ago, Trump scrapped a covert Central Intelligence Agency (CIA) program launched in 2013 by former U.S. president Barack Obama.  This program funneled money and weapons into the hands of terrorist organizations like the the Al-Nusra Front, a group of Syrian rebels affiliated with al-Qaeda.

Naturally “neoconservatives” (a.k.a. warmongers) are upset – even though they acknowledge the program has been a failure.  And we’re sure the decision won’t go over well at all with Trump’s ambassador to the United Nations Nikki Haley, who was talking all sorts of trash to Assad earlier this year.

Guess the whole “ripe for regime change” idea is kaput.

Meanwhile the media will portray Trump’s move as a sop to Russia – which is defending the Assad regime in Syria (and which recently took out the leader of the Islamic State in the process).

Maybe it is … but whoever it benefits in Syria, it was the right thing to do for America.

Our nation has no business engaging in these conflicts, particularly when such engagement involves arming the very radical Islamic terrorists our nation is supposed to be fighting.

Al-Nusra front members are savages who behead Christians and other non-Muslims for sport.  Whatever you think of the Assad regime, these are not the sort of people with whom our nation should have ever allied.

The Juice Is Loose: O.J. Simpson To Go Free