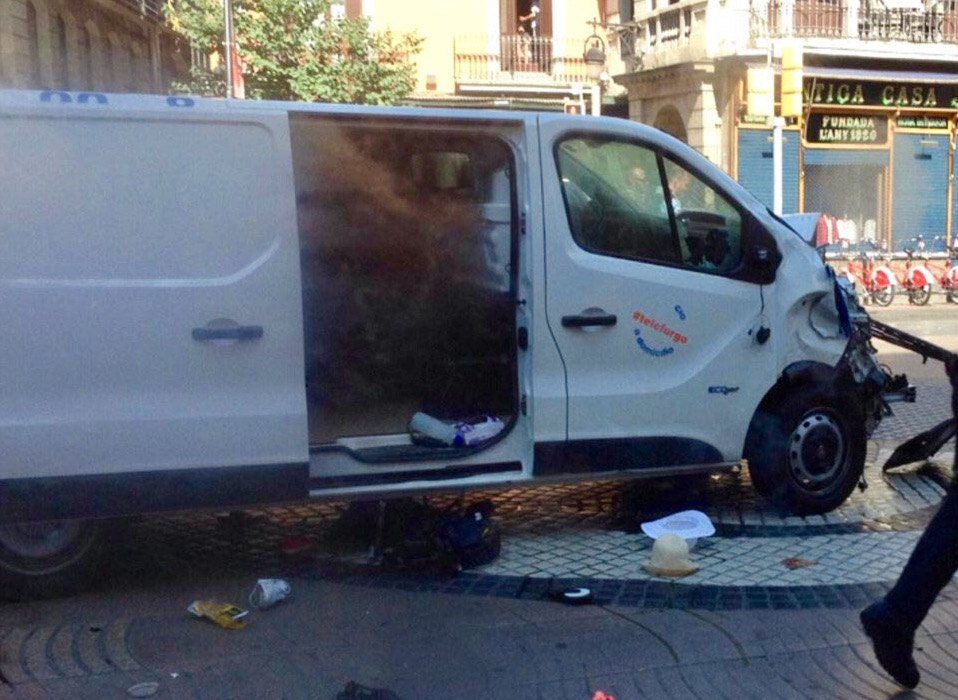 A dozen people were killed and dozens more injured in the latest instance of vehicular terrorism.  This week’s gruesome attack took place on La Rambla – a tree-lined pedestrian mall located in the city center of Barcelona, Spain.

On this crowded street, a rented white Fiat van plowed into a crowd of pedestrians at the height of the tourism season – zigzagging its way in a deliberate effort to inflict maximum death and destruction, according to witnesses.

“I saw the van,” one American businessman told BBC News.  “It had already been busted on the front. It was weaving left and right, trying to hit people as fast as possible. There were people lying on the ground.”

The Islamic State in Iraq and Syria (ISIS) took responsibility for the attack, crediting its “soldiers” in Spain for carrying out the carnage.

One of those “soldiers” was killed by police during a shootout immediately after the attack.  Two others – including the alleged driver of the vehicle – have been detained in connection with the attack.

This is the eighth vehicular terror assault in the last thirteen months – and yes, we’re including in our count a white supremacist name James Fields who killed one person with his car last weekend during dueling protests in Charlottesville, Virginia.