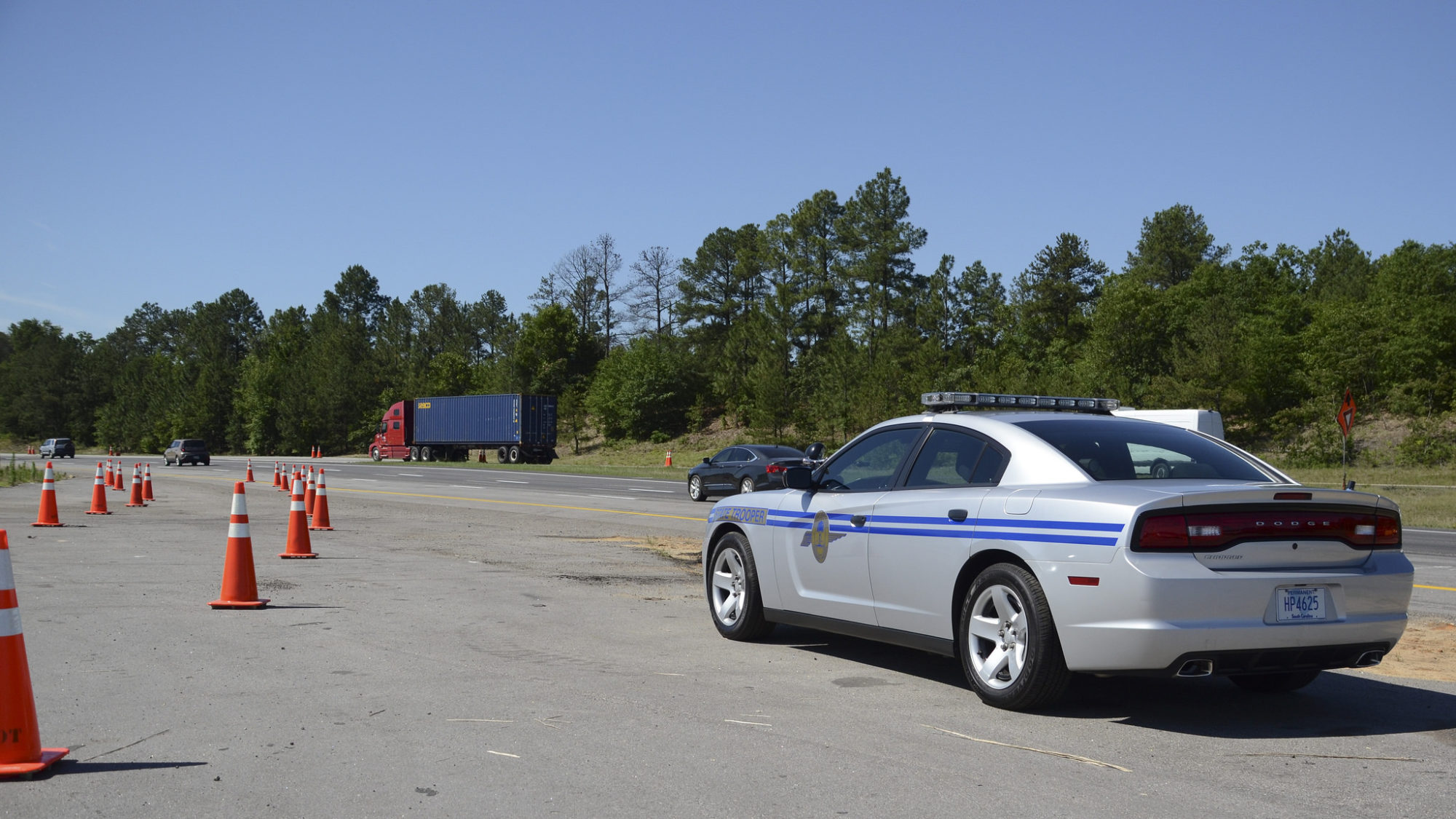 A former South Carolina Highway Patrol (SCHP) trooper was sentenced to more than a decade behind bars in connection with a 2014 shooting at a Columbia, S.C. convenience store.

He’ll ultimately serve less than half of that sentence, though … assuming he survives inside the Palmetto State’s inmate-run prison system.

Former SCHP lance corporal Sean M. Groubert, who is white, was sentenced to twelve years in prison in connection with the September 2014 shooting of an unarmed black motorist.

Groubert has already served over a year-and-a-half of his time, and is likely to be released after 30-35 months – at which point the remainder of his sentence would be suspended.

What happened?  On that fateful day three years ago, Groubert was pulling out of a Circle K convenience store on Broad River Road when he noticed 35-year-old Levar Edward Jones entering the parking lot.

Because Jones was not wearing his seat belt (a law we believe police officers have no right to enforce), Groubert wheeled back into the Circle K and attempted to detain Jones, who at this point had already exited his vehicle and was walking into the store.

Instructed by Groubert to produce his identification, Jones reportedly reached for his back pocket only to find he had left his wallet in his vehicle.  When he reached into his car to retrieve it, Groubert opened fire – hitting Jones once in the thigh and striking his vehicle four times.

Groubert pleaded guilty last March to assault and battery of a high and aggravated nature, and was sentenced on that charge this week by S.C. circuit court judge Casey Manning.

Jones did not speak to members of the media in the aftermath of Manning’s sentencing order.  According to our sources, he will hold a press conference later this week to formally address the case.

Sources close to Jones told us he was satisfied prosecutors pushed for – and received – an appropriate sentence.