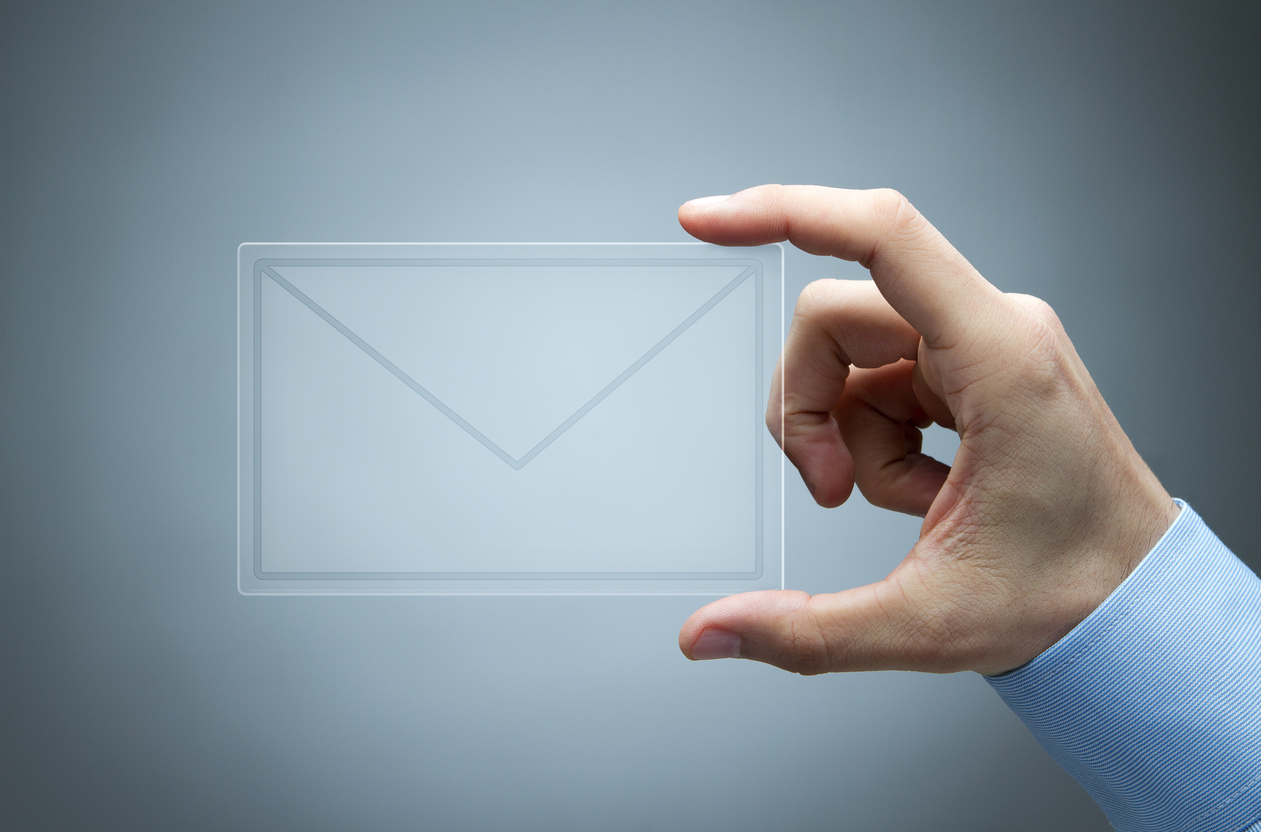 This website has always said that we are open to new ideas, fresh perspectives, contrary opinions … and most importantly … convincing evidence.

We will always call things as we see them (unapologetically), but we don’t go “all in” for anyone or anything.  Not anymore, anyway.  Our modus operandi is simple: We stand for what we believe to be in the best interests of citizens and taxpayers.

We may not get the calculus right each time … but we will always advance what we believe to be right and true.  And we will always do so in a manner consistent with our fundamental faith in the inherent inviolability of freedom and the inherent efficacy of free markets.

But our door is always open to anyone who wishes to engage the marketplace of ideas … whether we agree with their ideas or not.

Accordingly, when we were contacted this week by a source close to embattled South Carolina attorney general Alan Wilson – a source who offered to provide us with some contextual information on recent events from his perspective – we gladly took them up on their offer.

Why?  Because Wilson and his allies have a story to tell, too.

Sure, we’ve been beating Wilson about the head on this website for the better part of the last two years (and deservedly so, we believe).  But if his allies are going to reach out to us to make their case on matters of public interest, we’re going to listen to them.

And let you listen, too …

Smith’s report has unleashed fresh hell for Wilson, who was already in hot water for meddling with an ongoing investigation into public corruption in state government.

That investigation – led by S.C. first circuit solicitor David Pascoe – has drawn a bead on several of Wilson’s allies, including Quinn.

Wilson – whom we’re told is on the verge of severing his eight-year association with the controversial “Republican” consultant – was accused in Smith’s report of improperly involving Quinn in an “attempt to sideline the case’s special prosecutor just as the investigation was about to zero in on Wilson’s close allies.”

We echoed the Post and Courier report with a scathing take of our own, concluding that Wilson was providing Quinn “with confidential information and conspiring with him on how to obstruct (an investigation) by removing the man who was investigating them.”

Were we too harsh?  Was the Post and Courier?  Probably …

To be clear: Wilson committed a colossal lapse in judgment when he communicated information about an ongoing investigation to his political consultant, someone who – as this website exclusively reported last spring – was named in the redacted pages of an investigatory report published ten months prior to this correspondence.

But did he obstruct Pascoe or attempt to remove the special prosecutor from the case?  The first question remains up for debate, but the answer to the second question is “no.”

Why not?  Because at this stage of the game (October 2014), Pascoe had yet to be assigned to the investigation of Wilson’s allies.

That referral wouldn’t come for another eight months.

According to our source – who provided documentation of the interaction between Wilson and Pascoe – the two prosecutors were cooperating at this point in the probe, with Pascoe having just concluded a plea deal that resulted in the resignation of former S.C. Speaker of the House Bobby Harrell on six ethics charges.

In addition to resigning his office, Harrell was sentenced to three years probation and agreed to cooperate with prosecutors moving forward.

Clearly he’s done that … although Pascoe wouldn’t receive a designation from Wilson’s office to investigate matters beyond the Harrell allegations until July of 2015.

Anyway, Wilson did consult with Quinn on a letter to Pascoe – and that letter did contain language aimed at limiting the special prosecutor “to the disposition of (the Harrell) case and not to other cases arising out of that one.”

“It was never my intent to cede my constitutional authority as the state’s chief prosecuting officer,” the draft letter noted.

Another draft of the letter edited by Quinn referred to Wilson’s office as maintaining supervisory authority over “the investigation and prosecution of any possible cases that might arise from any cooperation that (Harrell) provides under the terms of the plea agreement.”

Those draft letters were never sent, though.  Wilson instead chose to call Pascoe on the telephone – and then sent him a letter after the fact “to memorialize our conversation.”

This letter adopted a far more conciliatory, open tone than the language endorsed by Quinn.

In this letter, Wilson expressed warm feelings and appreciation for Pascoe’s handling of the Harrell case before addressing “how any future cases will be managed.”

“We agreed that, as chief prosecutor, the Office of Attorney General shall supervise and direct the prosecution of any possible cases that might arise from any cooperation of Mr. Harrell under the terms of the plea agreement,” Wilson wrote to Pascoe.

The letter goes on to assert that a representative of the attorney general’s office should be present whenever Harrell is questioned.

“This Office looks forward to working with you as a collaborative partner on any issues arising from the Harrell matter,” the letter concludes.

Pascoe responded with similarly warm sentiments – saying Wilson and his office “have been a pleasure to work with on this matter.”

As for the future of the investigation, Pascoe seemed to be in agreement with Wilson on all but one point … the assertion that the attorney general’s staffers should be present during the debriefings of Harrell.

“I plan to defer to the agents on who should be present,” Pascoe wrote in an email to Wilson on October 30, referring to investigators with the S.C. State Law Enforcement Division (SLED).  “The fact of the matter is I doubt anyone from my office will be present.”

Pascoe’s email went on to say that he would make sure Wilson’s office was provided with “all information that derives” from the Harrell debriefings – and receive prior notification of any such interviews “to make sure your input is provided to the agents who conduct the questioning of Mr. Harrell.”

Pascoe concluded his message by thanking Wilson for providing his office with “the necessary tools and means to prosecute the Harrell case.”

An hour after receiving Pascoe’s email, Wilson responded with one of his own – agreeing with the special prosecutor that they should both defer to SLED regarding who would be present at the Harrell debriefings.

Wilson’s response does seem to take the ball out of Pascoe’s court, though, saying if SLED agents “discover anything through interviews with Mr. Harrell or other parties then we will notify you.”

At this point, though, it’s clear both prosecutors seemed keenly interested in advancing the investigation – and keeping each other informed as to what was uncovered as the probe progressed.  It’s also clear Pascoe was not challenging Wilson’s authority over subsequent investigations flowing from the Harrell case.

Our source inside the attorney general’s office made a very compelling point about this interaction: Not only did Wilson opt against sending the “Quinn letter,” he ultimately referred the disputed cases involving his consultant to Pascoe anyway.

In other words, there was no case at this point from which to remove Pascoe – and when the time came to actually launch that phase of the investigation, Pascoe was the prosecutor Wilson designated to handle the cases.

That’s a fair argument against obstruction … at least as it relates to the email scandal currently enveloping Wilson.

Now … does this mean Wilson hasn’t obstructed justice in relation to this investigation?  No.  We believe he has – but in fairness to him, it does seem the furor over these emails has been a tad bit overblown.

In an effort to continue providing our readers with alternative perspectives, we invited our source inside the attorney general’s office to send us additional information pertaining to their thoughts on the later phases of this investigation – when Wilson and Pascoe’s relationship turned from cooperative to toxic (and when we believe he in fact began to actively obstruct an ongoing investigation of his political allies).

Stay tuned … we may not agree with what Wilson’s allies have to say on the rest of this matter, but we believe our readers have the right to hear those arguments and judge for themselves.