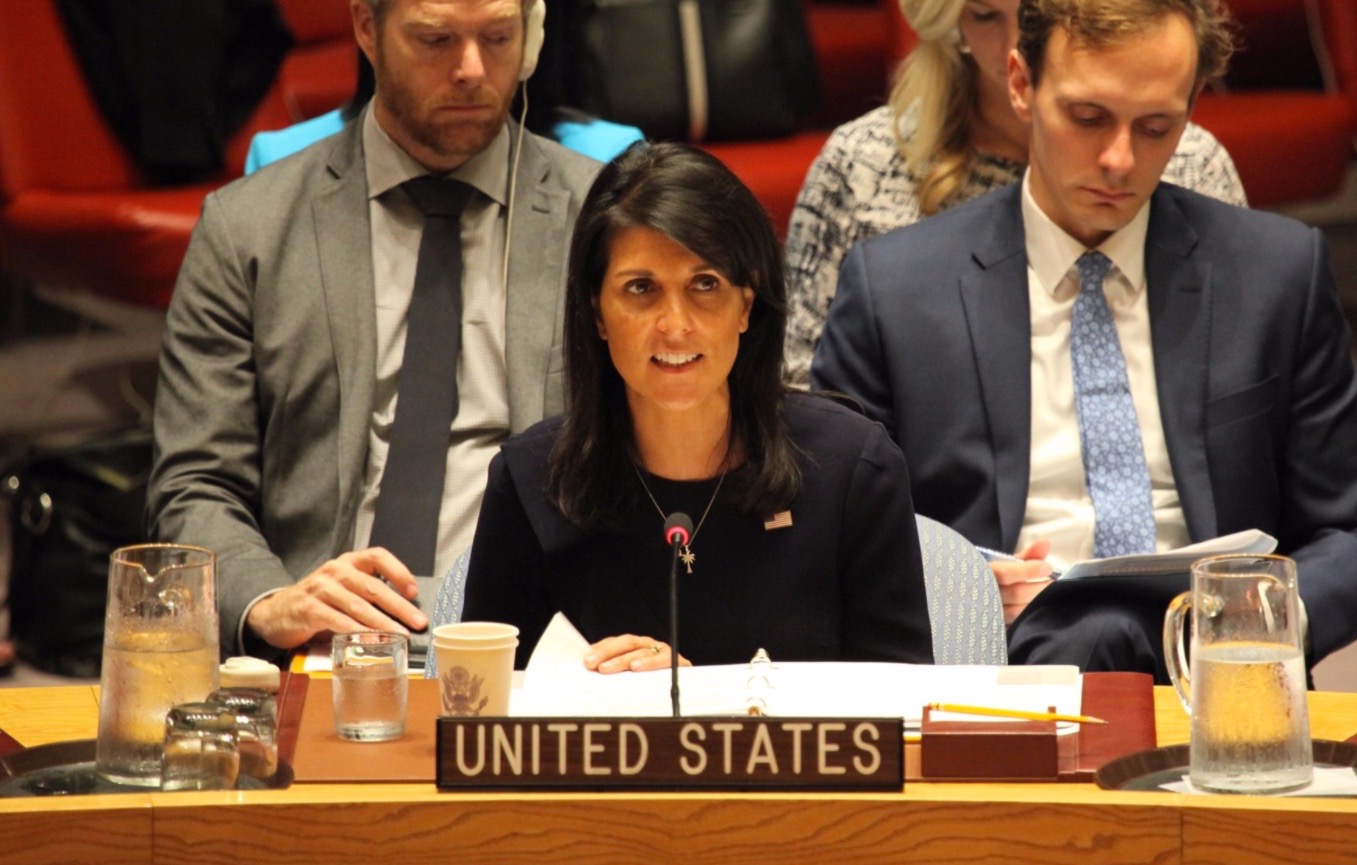 U.S. Ambassador to the United Nations (UN) Nikki Haley is experiencing a major shakeup on her staff.

Haley told Foroohar that both men left her office for “family reasons.”

It’s been a tumultuous tenure at the UN for Haley, who was appointed by U.S. president Donald Trump as a political favor not to her – but to the man who wound up replacing her as governor of South Carolina, Henry McMaster.

McMaster was one of Trump’s few establishment backers during the 2016 “First in the South” presidential primary, and Trump rewarded him for his support by clearing Haley out of the Palmetto State’s governor’s mansion.

Haley hasn’t impressed us since arriving in New York.  She has repeatedly spoken in ignorance on critical global issues – resulting in her being bridled by the White House (and proven wrong on the international stage).

Of course that hasn’t stopped her longtime Svengali and deputy chief of staff Jon Lerner from whipping up a frenzy of positive “conservative” press for her – resulting in Haley being named among the top “Republicans” in a so-called shadow campaign for the White House in 2020.

If that bid fails, many believe Haley would seek the U.S. Senate seat currently held by liberal “Republican” Lindsey Graham.

#ProbeGate: Inside The Alan Wilson Emails