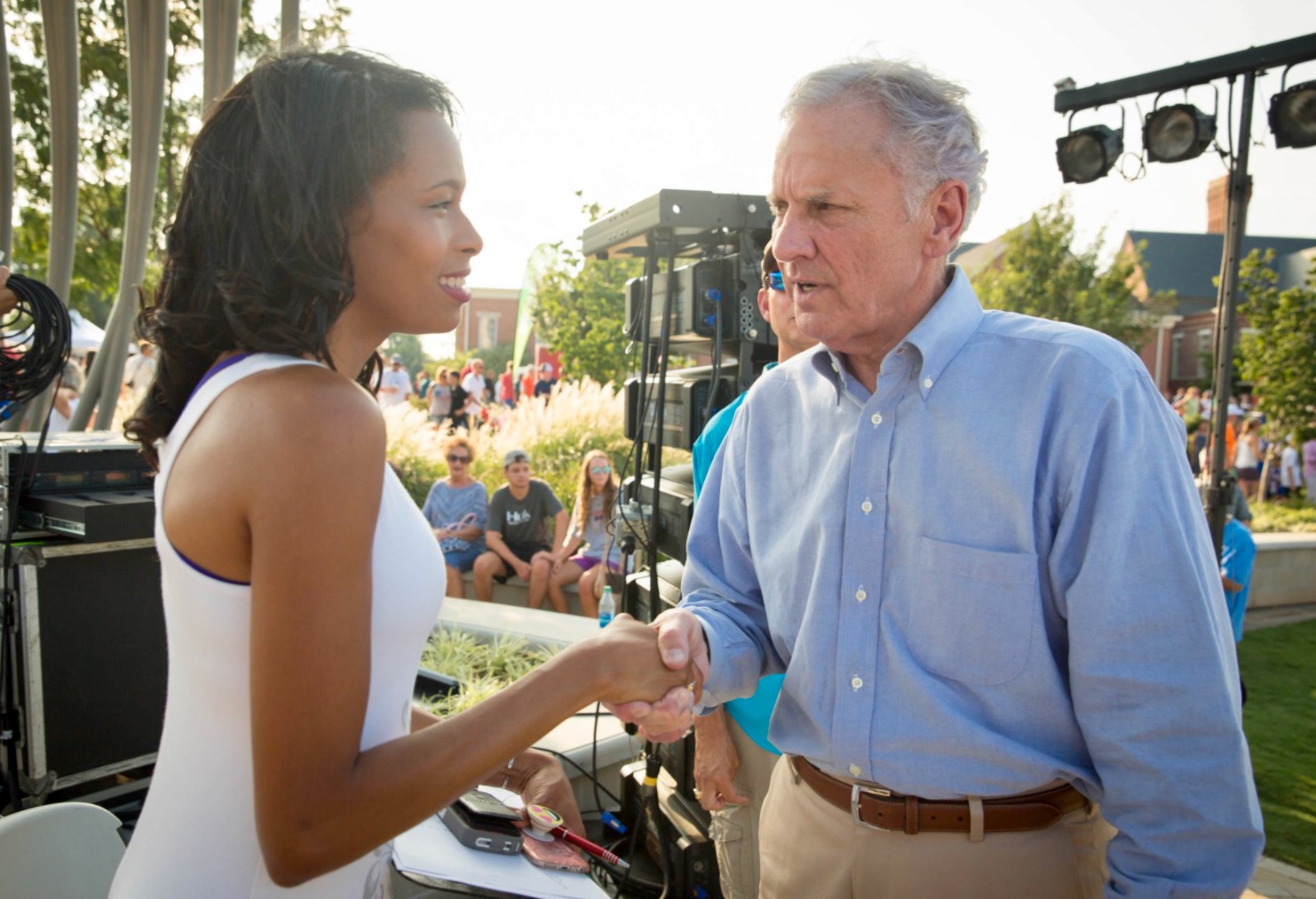 According to reporters Jamie Lovegrove and Andy Shain of The (Charleston, S.C.) Post and Courier, McMaster has weighed in on a budding email controversy involving Wilson – terming the latter’s actions in the matter as “inappropriate.”

“All prosecutors must be very careful about information and about the release of information to anyone not involved in the investigation,” McMaster told Lovegrove and Shain. “It is a duty of a prosecutor to see that that wall of confidentiality is not breached, and to do so is inappropriate.”

McMaster is referring to Wilson’s use of a private email account to share details of an ongoing investigation with one of its subjects – Wilson and McMaster’s longtime political advisor, Richard Quinn.

We responded harshly to Wilson’s actions, however in the intervening days we’ve been provided with some inside information from one of our moles in the attorney general’s office – documents that provide some measure of vindication to the scandal-scarred attorney general.

Stay tuned for more on that in a future post …

In the meantime, what does Wilson think of being dissed by his predecessor and longtime political confidant?

We’re not sure … but those in his immediate orbit declined to fire back at McMaster.

“It is our understanding that the governor spoke without having full knowledge all of the facts,” a source close to the attorney general told us.

Shortly after news of McMaster’s comments broke, the S.C. Democrat Party (SCDP) issued a press release calling on the governor to suspend Wilson from office.

A reporter’s tweet of the Democrats’ announcement was “liked” by McMaster chief of staff Trey Walker. 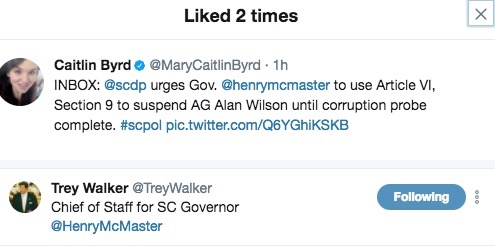 This isn’t the first time McMaster has sought to erect distance between himself and key figures connected to this investigation.  Back in May, McMaster abruptly severed his three-decade association with Quinn – although his belated decision to do so has not removed the stigma of their association from his foundering gubernatorial campaign.

#ProbeGate: Inside The Alan Wilson Emails