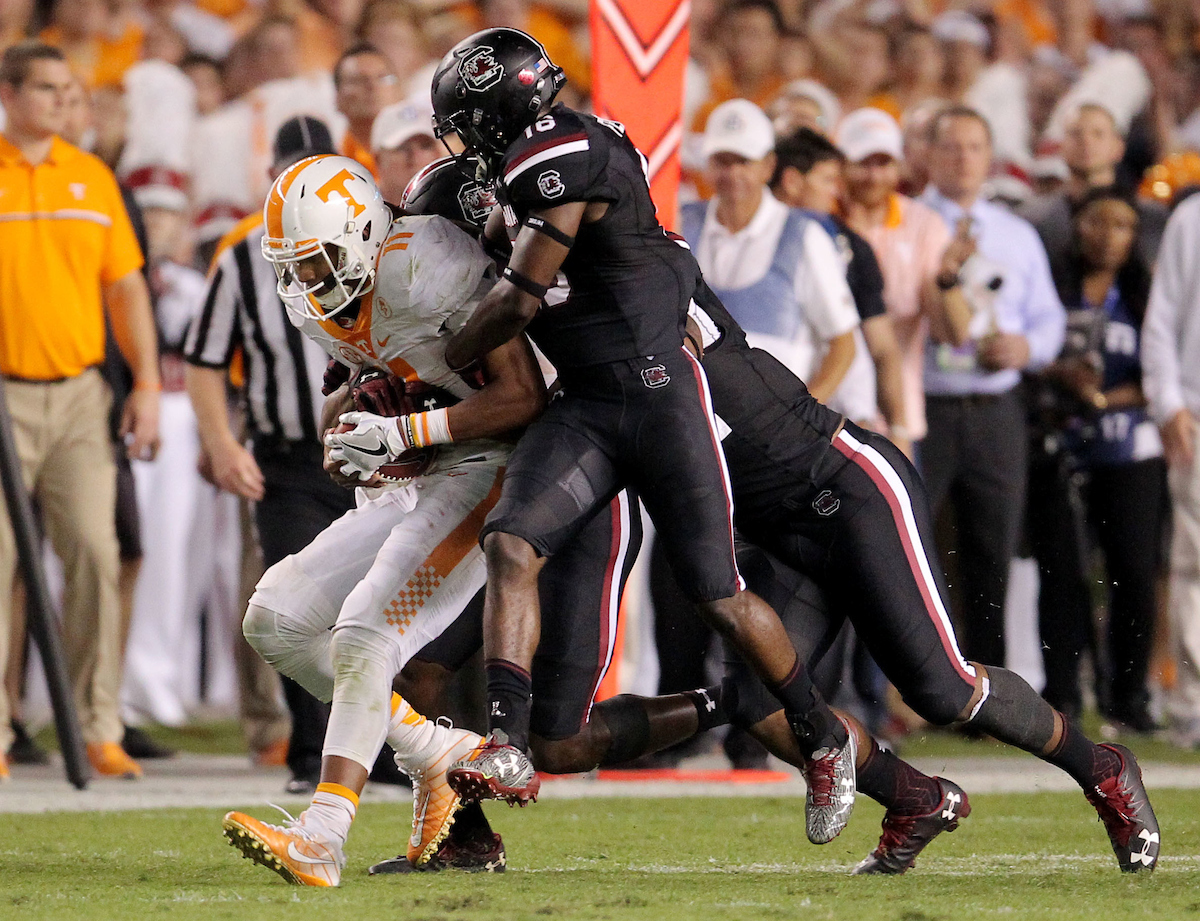 The University of South Carolina football team is projected to finish fourth in the Southeastern Conference (SEC)’s eastern division in 2017. That’s according to a panel of sportswriters who attended SEC Media Days in Birmingham, Alabama this week.

That sounds about right as far as we’re concerned … in fact, that’s probably right where we would have ranked the Gamecocks, who are coming off a 6-7 campaign in 2016 (their first season under Muschamp).

Can they lead their once-proud program back to national prominence?  And do so sooner rather than later, hopefully?

South Carolina posted a 33-6 mark from 2011-2013 under former head coach Steve Spurrier – finishing in the Top Ten nationally in each of those seasons and winning New Year’s Day bowl games.  The program was also ranked among the nation’s top 25 for a record 69 consecutive polls (September 2010 – September 2014).

Since then, though, the wheels have come off – with South Carolina posting back-to-back losing seasons in 2015 and 2016 for the first time in more than a dozen years.

The Gamecocks have competed in the SEC since 1992 – never winning a conference championship and winning their division just once (in 2010).  Unfortunately for the school’s loyal, long-suffering fans (including our founding editor Will Folks), it doesn’t seem as though they will start filling their trophy case anytime soon, either.

South Carolina opens its 2017 season on September 2 against the North Carolina State University Wolfpack at Bank of America Stadium in Charlotte, N.C.  Kickoff is set for 3:00 p.m. EDT.