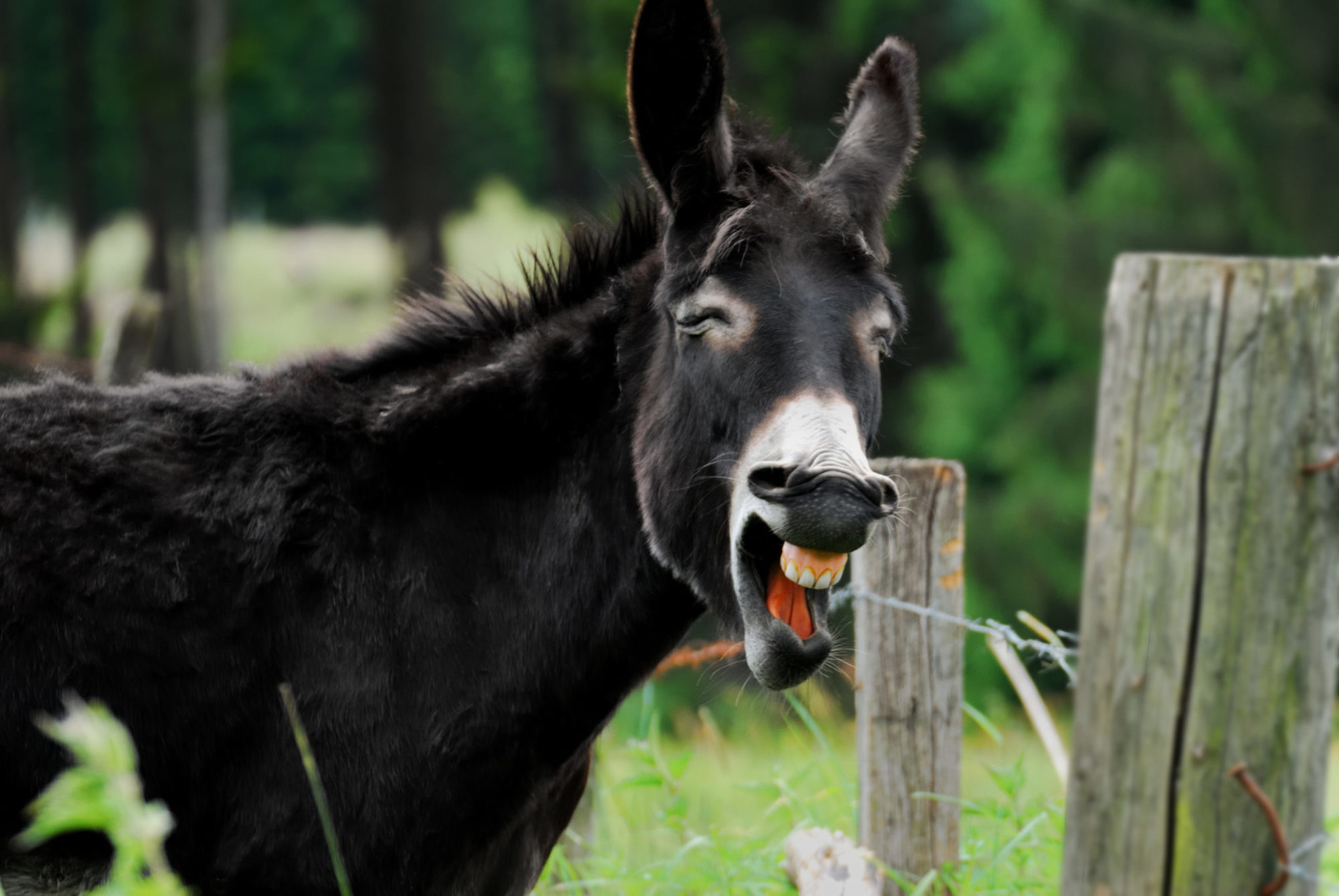 Entitled “Why Did The Democratic South Become Republican,” the video is extremely well-conceptualized – and we suspect it would have likely prompted some interesting conversation among Palmetto politicos (where most people still believe there’s a difference between the two parties).

That’s probably not going to happen now, though. 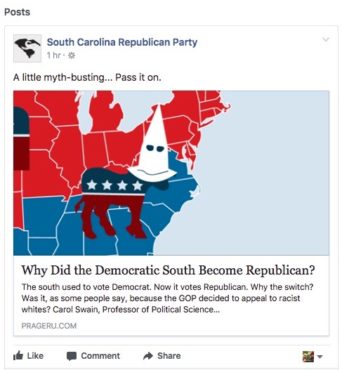 That’s a Facebook post by the South Carolina “Republican” party (SCGOP) urging its followers to check out Swain’s video.

“A little myth-busting … Pass it on,” the post reads.

Unfortunately for the party, the image accompanying the shared video featured a Democratic donkey logo festooned with a Ku Klux Klan (KKK) hood.

Wait … weren’t Democrats affiliated with the KKK?  Um, yes.  Remember the late U.S. Senator Robert Byrd of West Virginia?  He was an “exalted cyclops” in the organization for crying out loud.

In fact earlier this year U.S. Senator Ted Cruz of Texas referred to Democrats’ long history with the Klan by way of rebuking criticism that then-attorney general nominee Jeff Sessions was racist.

“The Democrats are the party of the Ku Klux Klan,” Cruz said at the time. “You look at the most racist – you look at the Dixiecrats, they were Democrats who imposed segregation, imposed Jim Crow laws, who founded the Klan. The Klan was founded by a great many Democrats.”

“F*ck that,” one prominent Palmetto State Democrat told us after being forwarded a copy of the “KKK Donkey.”

“This graphic does not represent Republicans in South Carolina and should be changed,” one user of unknown partisan affiliation responded.