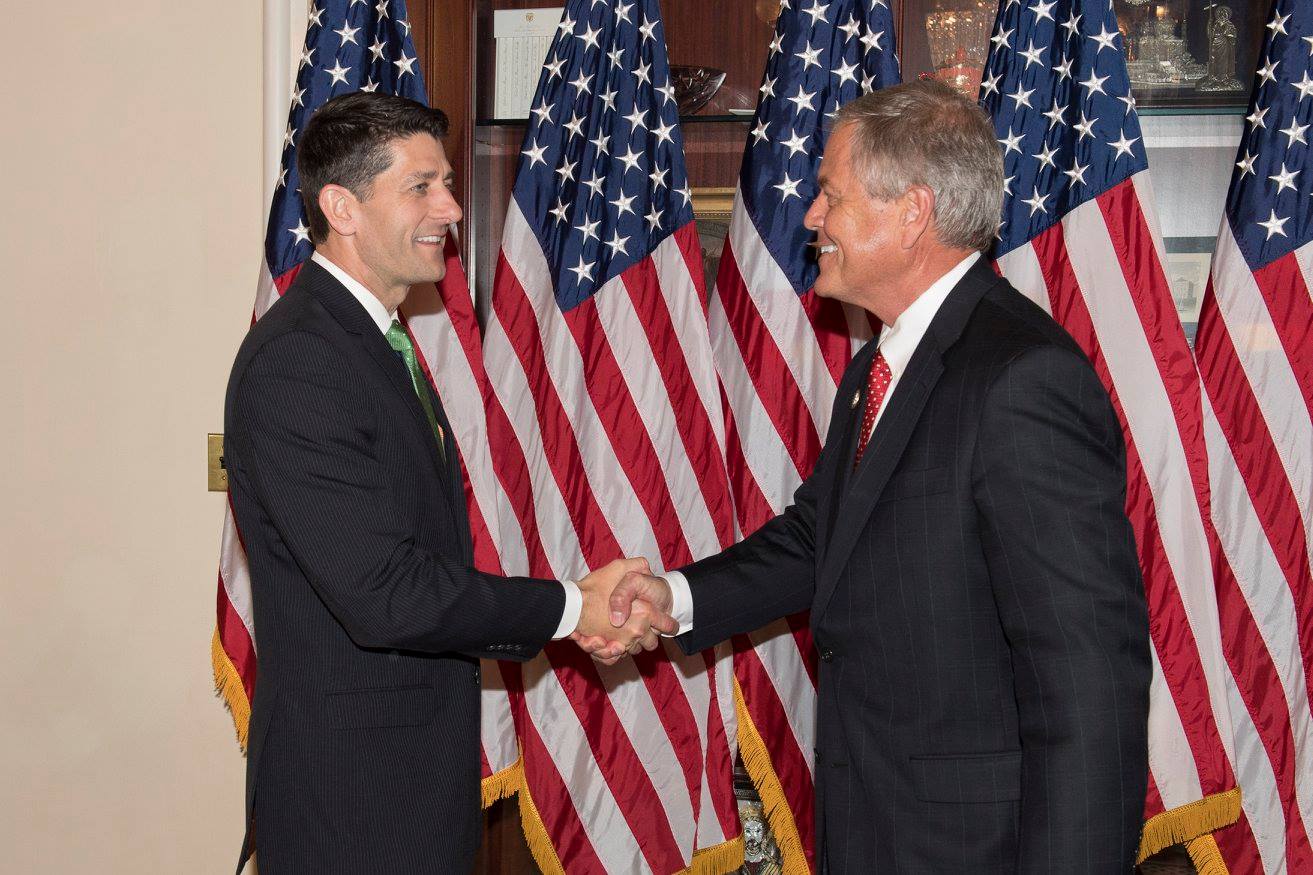 First, Norman dramatically underperformed expectations in the special election for this seat – which was vacated in February by Mick Mulvaney after his confirmation as White House budget director.

Mulvaney beat a credible, well-funded Democratic opponent by twenty points back in November.  Norman?  He edged a Goldman Sachs “Democrat” by a mere 3.2 percentage points last month – a staggeringly bad performance that has potential primary opponents salivating for next March, when filing opens for the next “Republican” election for this seat.

“Any other Republican wins that race by ten points,” one GOP pollster told us, referring to Norman’s race against Parnell.

To what does Norman attribute his poor electoral outcome?

“White people were on vacation,” he has reportedly said on more than one occasion, according to witnesses.

Sources close to the congressman disputed the key wording of that quote, saying Norman has never differentiated on the basis of race when discussing weak GOP turnout in his election.

“He said ‘our people were on vacation,'” one of Norman’s top advisors told us. “He was referring to core GOP voters – he never said ‘white people.'”

Disputed comments aside, Norman appears to be continuing a pattern of making enemies within his own party – including refusing campaign contributions from individuals who declined to endorse him in his “Republican” runoff election against S.C. speaker pro tempore Tommy Pope.

Norman prevailed over Pope by a razor-thin margin in the GOP runoff election for this seat in mid-May.  Thus far, the victor doesn’t appear at all interested in winning over those “Republicans” who opposed him in that race.

“He felt entitled to our votes,” one former Pope supporter told us.  “And indignant he should even have to ask us for them.”

We’ve heard stories of Norman refusing to accept fundraising offers from his former colleagues in the S.C. House of Representatives.  We’ve also confirmed that he has sent checks back to people who were not with him during the primary.  One rumor gaining traction within the district is that Norman actually ripped up a check in front of one of Pope’s supporters – hurling the scraps of paper back at the stunned elected official.

“He is blunt and straightforward but not a terribly impulsive person,” Norman’s advisor told us. “Ripping up a check is not his style.”

Norman’s advisor also disputed the allegation that the congressman is preparing a “blacklist” of GOP voters who failed to support him in the special election.

“Who has time to be pulling lists and compiling information like that?” they told us.  “I think it will be interesting to see who was behind some of the third party groups that engaged in the election against him, but nobody has time for going through voter lists.”

Several party officials in the fifth district say Norman has threatened to create such a list as a means of exacting revenge against those who opposed his candidacy.  In fact they believe a mass purge of the fifth district congressional staff on Norman’s first day in office was the first wave of his retribution.

As we’ve repeatedly stated, we don’t care who Norman hires or fires … or what campaign contributions he accepts or rejects.

We care how he votes … period.

That’s why we reluctantly endorsed him in the general election phase of this spring’s special election – because we believed despite his past failings he would be a better vote for taxpayers than Parnell.

Hopefully he will prove us right …