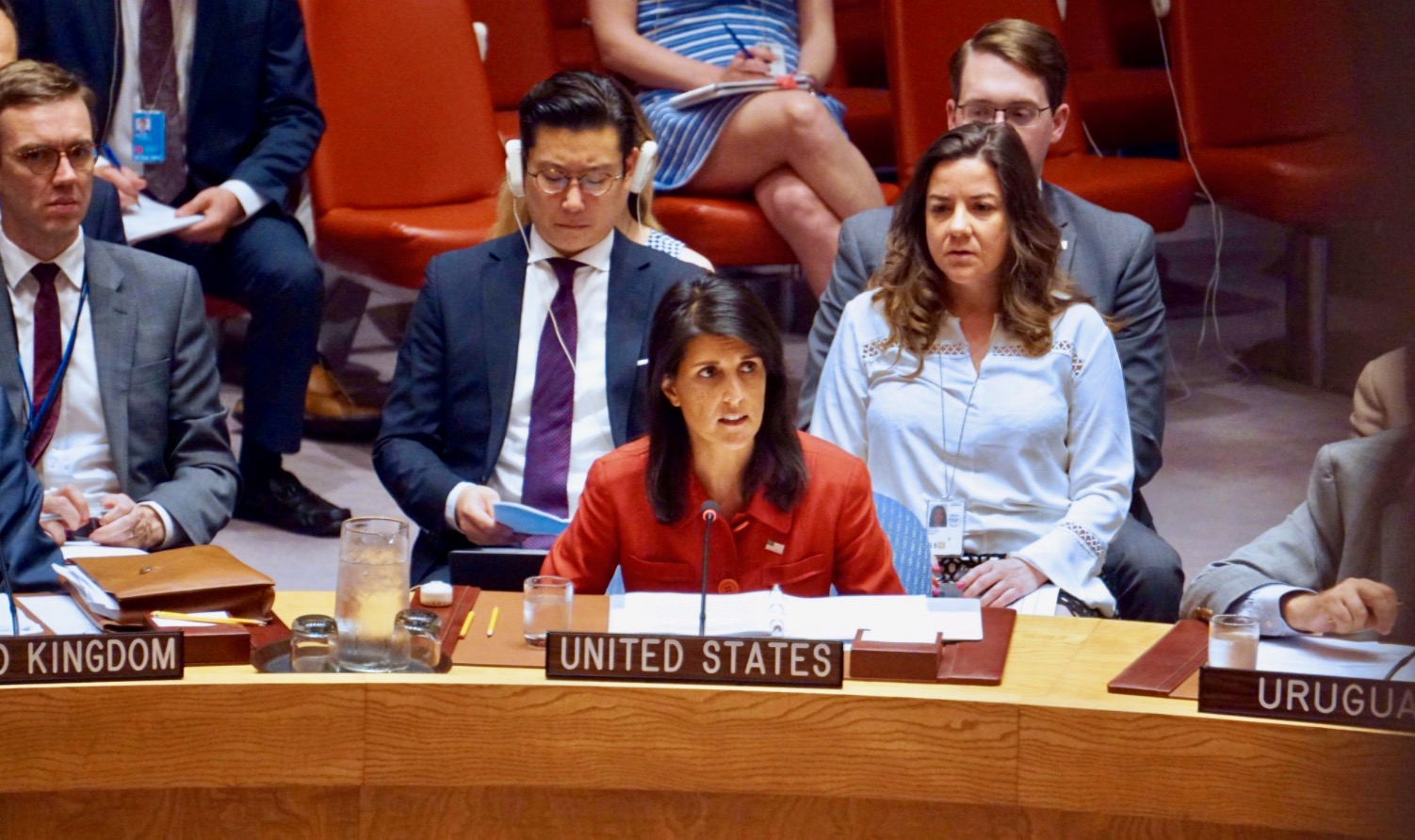 The problem with UN ambassador Nikki Haley’s North Korea tweet isn’t just about her being inconvenienced – or the effect such comments have on the morale of our deployed.  It’s also the fact that she took the rogue nation’s bait hook, line and sinker. Kim Jong-un’s goal was to muddy the great American holiday by launching a missile and then running around like a prize fighter in the ring.

Nikki gave that little sh*t exactly what he wanted: Soft American whining about being inconvenienced by Dear Leader’s missiles.

Guaranteed that ends up in Nork domestic propaganda …

I know you say Haley has been fitted for a “choke collar,” but what are the odds she’s going to do what’s she’s told?  I have to believe even the assholes at the State Department wouldn’t let her tweet that. It’s insane.

What’s more concerning though is she doesn’t understand the duty in Korea is often hardship duty for our guys.  That means no families get to go with them.  Part of that is a housing issue, part of it the Department of Defense doesn’t want to have to worry about getting dependents out of Korea if sh*t happens, and part is that it could be dangerous.

There’s a lot of crap that goes on over there that never makes the press.  The Norks are insane.  South Korean soldiers in the DMZ peace village have to have martial arts training and wear sunglasses so their facial expressions don’t accidentally set off the Nork goons.  The last thing some poor grunt who hasn’t seen his wife and kids in months wants to hear is how some politician in heels is being inconvenienced by meetings on a holiday while he’s having to pull alert duty.

D.C. Op: You have a way with words, my friend.  Maybe we were too quick to absolve Haley of any culpability in this matter.  You raise some good points about the context of her remark, and how it is likely to be interpreted by friends and foes on the Korean peninsula.