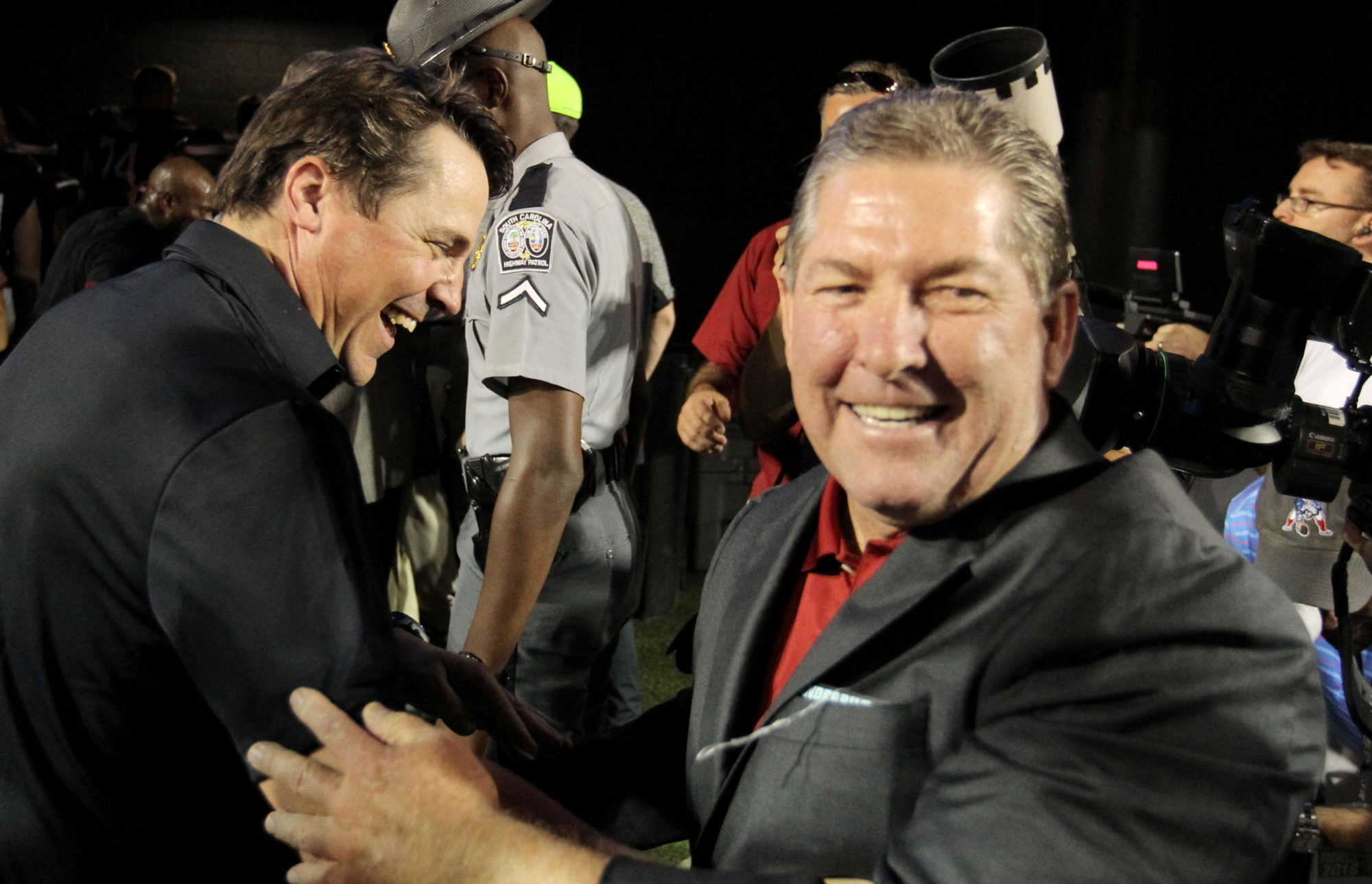 There’s a curious column in The (Columbia, S.C.) State newspaper this week by sports reporter Josh Kendall in which it is suggested University of South Carolina athletics director Ray Tanner will suffer no adverse consequences stemming from his upcoming decision regarding embattled head baseball coach Chad Holbrook.

Frankly, we don’t think there’s much of a decision here.  Nor do our readers.

Kendall? He doesn’t seem to care one way or the other.

“It is a gut-wrenching and important personal decision, but, let’s be honest again, it’s not an important professional decision – at least not in the sense that it will affect Tanner’s ability to thrive or wilt in his profession,” Kendall noted in his column.

“Tanner’s position this week is not enviable, but his position into the future also is neither weakened nor strengthened no matter what decision he makes,” Kendall continued.

In the span of just five years, South Carolina’s baseball program has gone from making the College World Series (CWS) finals three years in a row – including a pair of national championship victories – to missing the postseason in two of the last three years.

Second-year head coach Will Muschamp certainly deserves time to rebuild the Gamecock football program – and he has experienced some modest early success in reorienting its trajectory – but the jury is most assuredly still out on his tenure in Columbia.

He needs to win … and put “butts back in seats.”

But before we assess whether Muschamp is the right coach to rebuild the Gamecock football program … it’s important to remember its collapse occurred under Tanner’s watch.

Did he deserve either the raise or the extension?  No.

Tanner was rewarded owing to the success of South Carolina’s men’s and women’s basketball programs – which reached new heights during the 2016-2017 season (see here and here).

Here’s the thing, though: neither men’s coach Frank Martin nor women’s coach Dawn Staley were hired by Tanner.  Credit for bringing both of them to Columbia goes to his predecessor, Eric Hyman.

What has Tanner done?  Again … see baseball.  And football.

Look, we understand South Carolina politicians and government-run institutions like to celebrate mediocrity and reward failure – all at an ever-escalating cost to taxpayers.  And we understand more often than not the state’s mainstream media is complicit in accommodating this perpetual goat show.

But to say Tanner’s upcoming decision regarding his baseball coach is devoid of professional consequences is just foolish.

It matters a great deal …