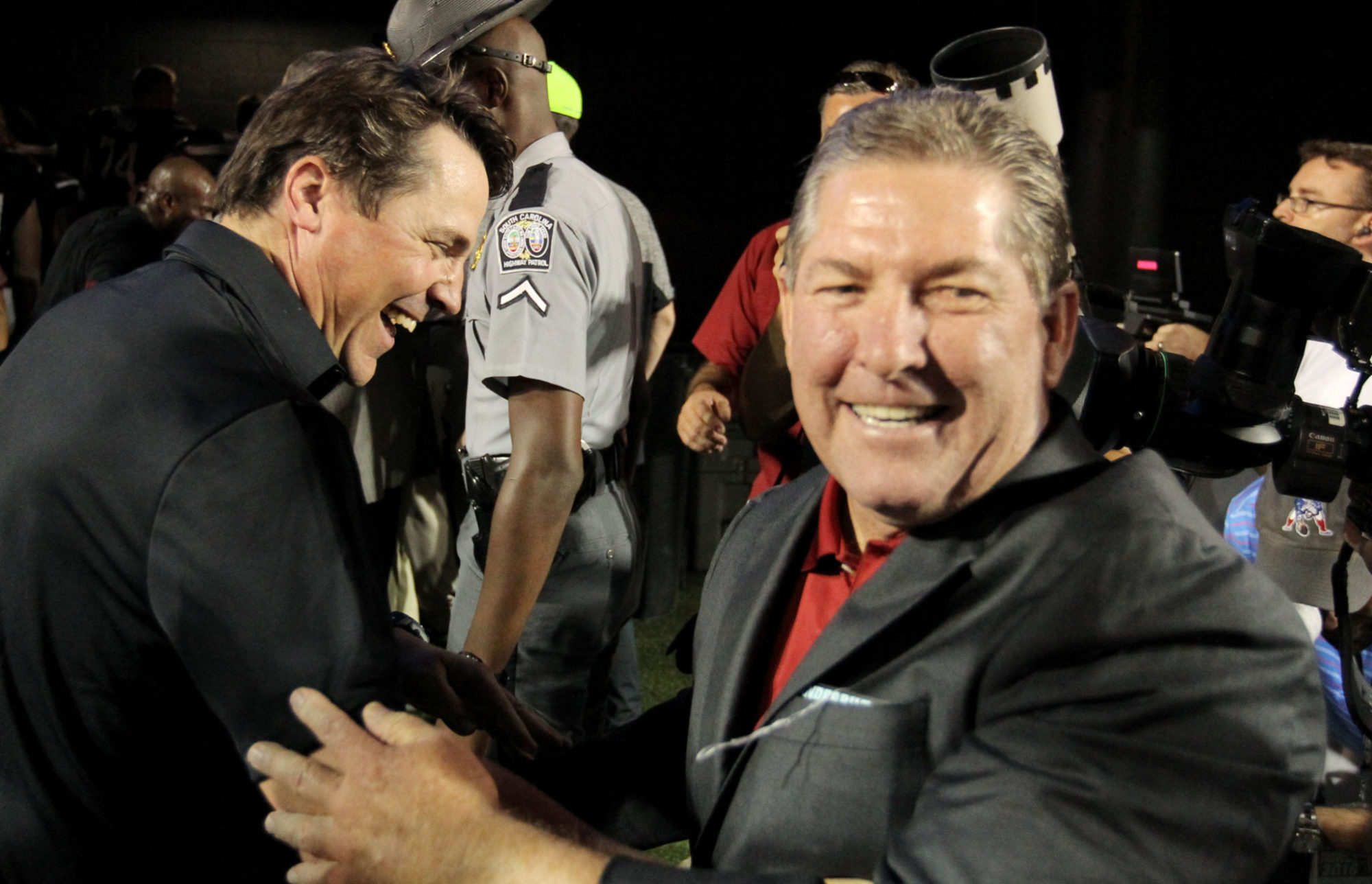 WAS ONE OF THEM DESERVED, THOUGH?

The University of South Carolina has given contract extensions to its men’s and women’s basketball coaches – and to its athletics director.

The first two extensions – awarded to coaches Frank Martin and Dawn Staley – we totally understand.  Because they are completely deserved.  Martin has rebuilt the school’s moribund men’s hoops program into a national contender – guiding the program to its first-ever Final Four appearance earlier this year.  Prior to this season South Carolina hadn’t won a game in the “Big Dance” in more than four decades – and hadn’t even made the tournament in more than a dozen years.

For his efforts Martin received one additional year on his contract, extending it through the 2022-23 campaign.

Staley?  All she did was win a national championship – which earned her a four-year contract extension that will keep her in Columbia, S.C. through the 2024-25 season.

Here’s the thing, though … neither of these coaches were hired by current athletics director Ray Tanner.  They were hired by his predecessor, Eric Hyman.  Which is why it was curious (to us, anyway) that Tanner received three additional years on his contract.

Don’t get us wrong: We’re glad that Gamecock basketball is on the upswing.  It’s been a long time coming.

But since Tanner became the school’s athletics director, South Carolina’s football fortunes have plummeted and its baseball team has seen a steady decline – despite the latter program bringing in a host of highly-rated recruits.

Bottom line?  The jury is out on Tanner’s biggest hire – football coach Will Muschamp.  And at this point it’s safe to say his hand-picked successor to coach the baseball team is struggling to live up to expectations.

Accordingly, we do not believe Tanner’s contract extension was deserved.  At all.