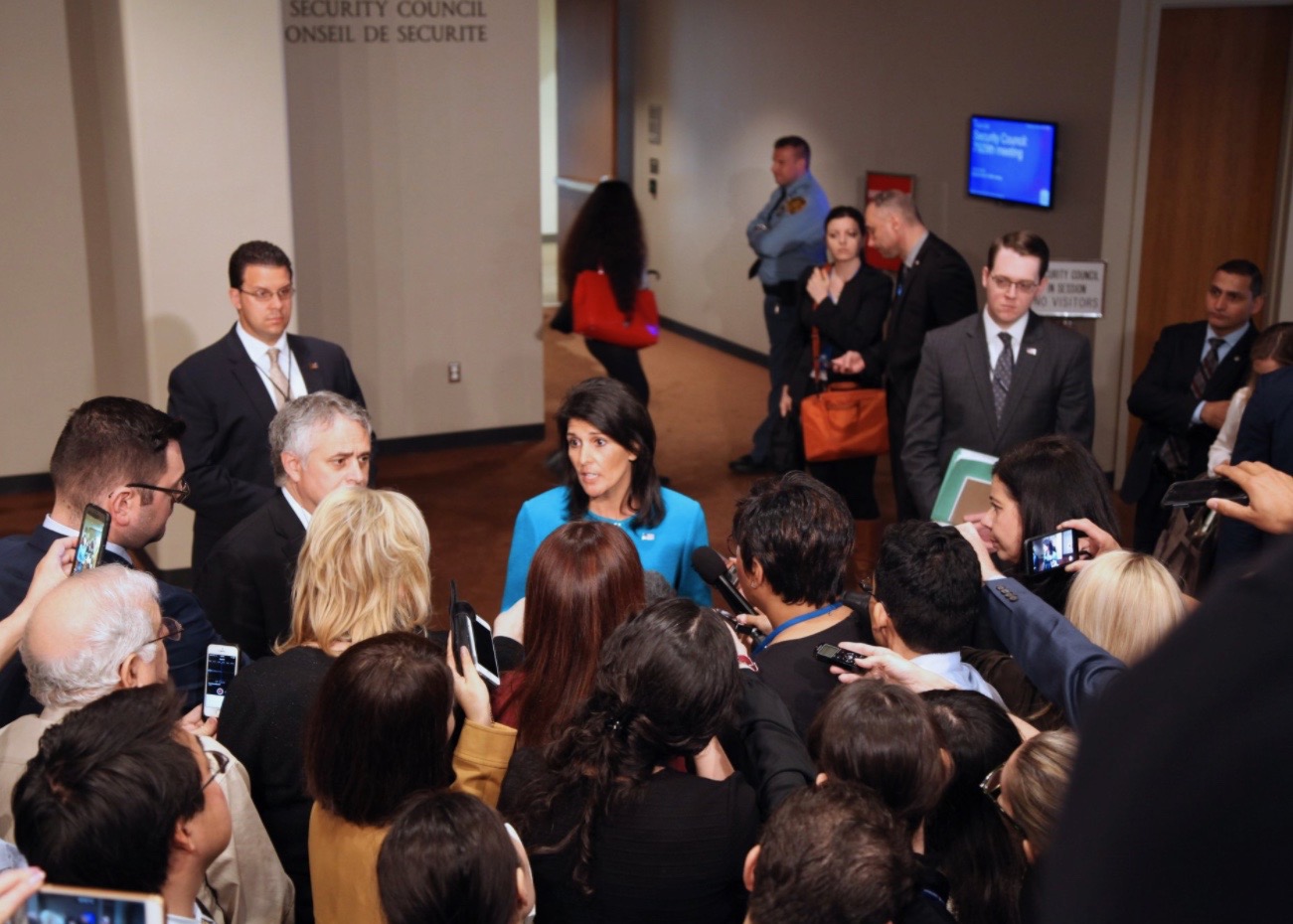 U.S. president Donald Trump joked about firing his freewheeling, warmongering ambassador to the United Nations on Monday.  Of course he quickly clarified that he has no intention of firing Nikki Haley – who has been among the most strident voices in his administration for a more militant, interventionist foreign policy.

“Does everybody like Nikki?” Trump asked visiting diplomats at the White House this week, adding “otherwise, she could be easily replaced.”

Trump made it clear he was joking, saying “I promise, we don’t do that,” and telling Haley she was doing a “fantastic job” at the UN.

Still, a round of nervous laughter settled over the room – which was full of globalists who love Haley’s hard-core “neoconservatism.”

Is Haley really doing a “fantastic job,” though? Last time we checked Haley was alternately ignorant of – or actively undermining Trump’s agenda. Of course in fairness to her, Trump’s agenda has become pretty hard to pin down of late.

Trump made it abundantly clear during his 2016 presidential campaign that America was not going to be the world’s policeman – that the “neoconservative” strategy of warmongering (especially in the Middle East) had been nothing but a costly failure.

Since taking office, though, Trump has proposed massive increases in America’s military budget – and advocated interventionism in both the Middle East and on the Korean peninsula.

“I do change. I am flexible. I am proud of that flexibility,” Trump said prior to launching a missile attack against the regime of Syrian president Bashar al-Assad.

Columbus Ships Come To The Carolinas