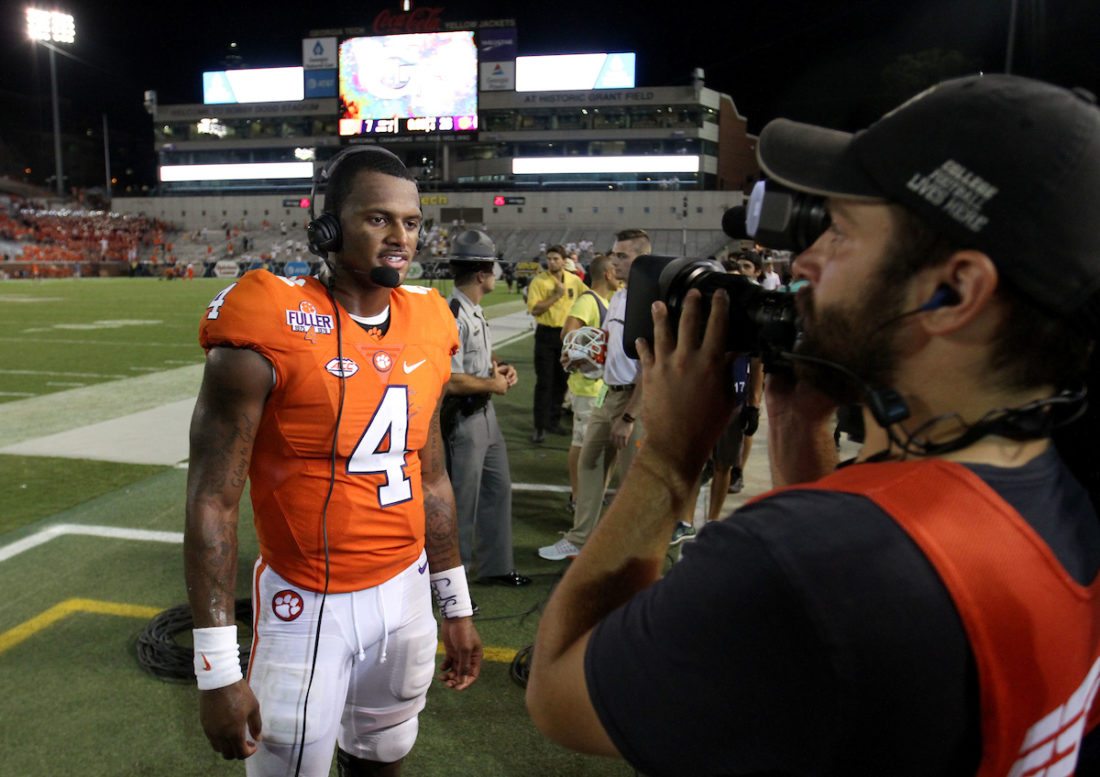 CLEMSON QUARTERBACK TAKEN WITH NO. 12 PICK …

The Houston Texans picked former Clemson University star Deshaun Watson with the No. 12 pick in the 2017 NFL draft – trading up thirteen picks to get their quarterback of the future.

Watson led the Tigers to their second-ever national championship last season – and should have won the Heisman Trophy as well.

During his three seasons at Clemson, Watson posted a 32-3 record – good for the best winning percentage in school history.  Watson is also the school record holder in career completion percentage (.674), passing efficiency (157.5) and total offense per game (318.3).

The Texans thought they had solved their quarterback problems last year when they inked former Denver Broncos’ signal caller Brock Osweiler to a four-year, $72 million deal.  Osweiler was a disaster in Houston, though, and was unloaded to Cleveland in the offseason.

NFL analysts praised Watson for his leadership and toughness – which was exemplified in the national championship game when he basically rope-a-doped the best defense in the nation.

“These vets recognize when a quarterback takes a pounding and gets up off the turf,” ESPN’s Matt Bowen noted.  “That’s leadership, that’s toughness and it sells in the locker room at every level.”