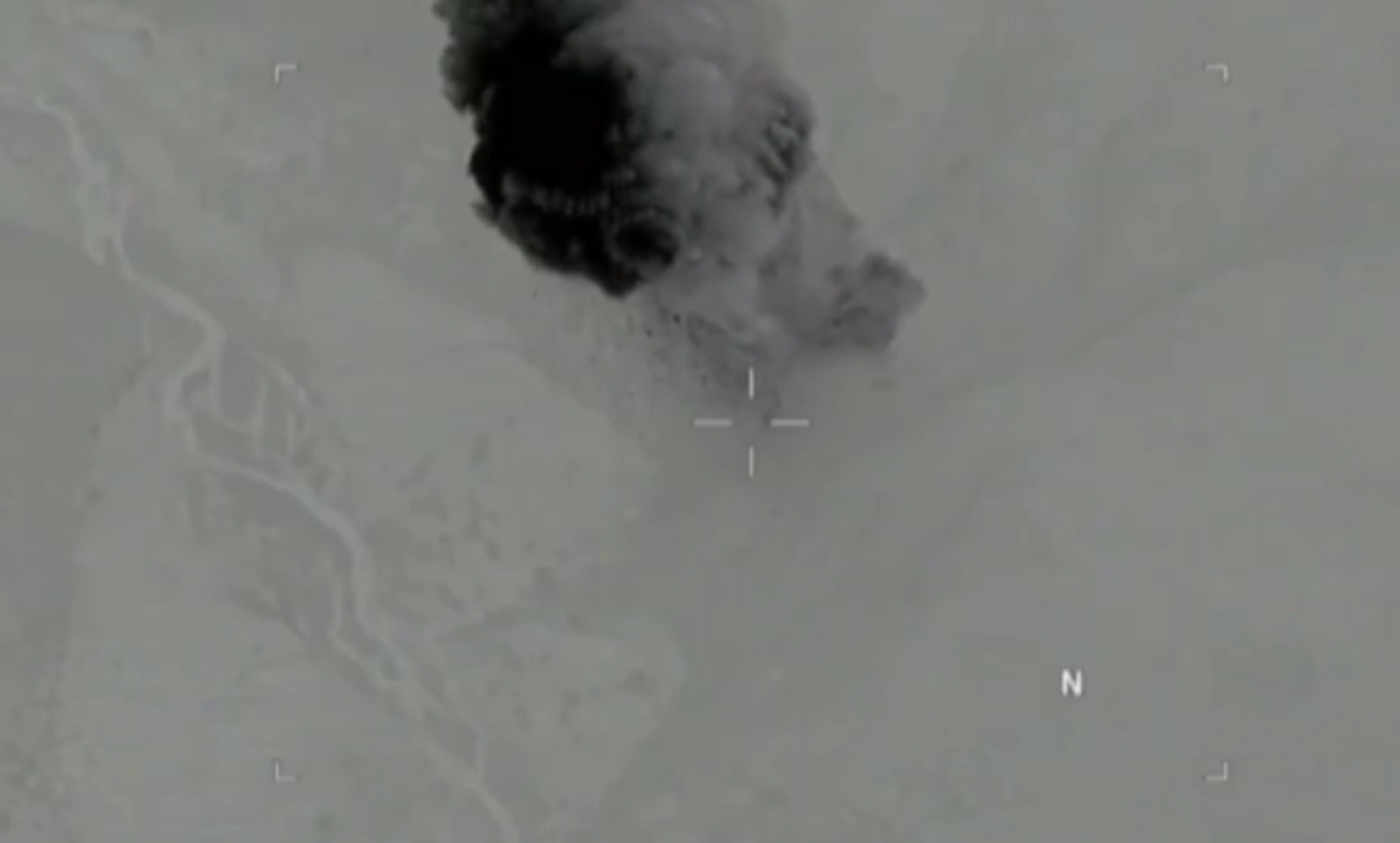 The United States Central Command has released a video of the detonation of a GBU-43/B Massive Ordnance Air Blast (MOAB) weapon used for the first time in the Nangarhar Province of Afghanistan earlier this week.

The GBU-43/B is the most powerful non-nuclear explosive device in the American military arsenal, delivering a blast yield equivalent to eleven tons of TNT.

The so-called “Mother of All Bombs” reportedly killed thirty-six fighters loyal to the Islamic State of Iraq and Syria (ISIS) – including the group’s leader in Afghanistan.  There were no civilian casualties, the U.S. Department of Defense said.

Good … this is exactly the sort of targeted strike against terrorist organizations we support (as opposed to last week’s ill-conceived Tomahawk missile strikes in Syria).

Again, though, don’t expect the MOAB to intimidate Russia or its president, Vladimir Putin.  After all, the Russian military has an explosive device in its arsenal known as the “Aviation Thermobaric Bomb of Increased Power.”

This so called “Father of All Bombs” has an explosive yield equivalent to 44 tons of TNT – making it more than four times as powerful as the American mega-bomb.

US Retail Down (Again)