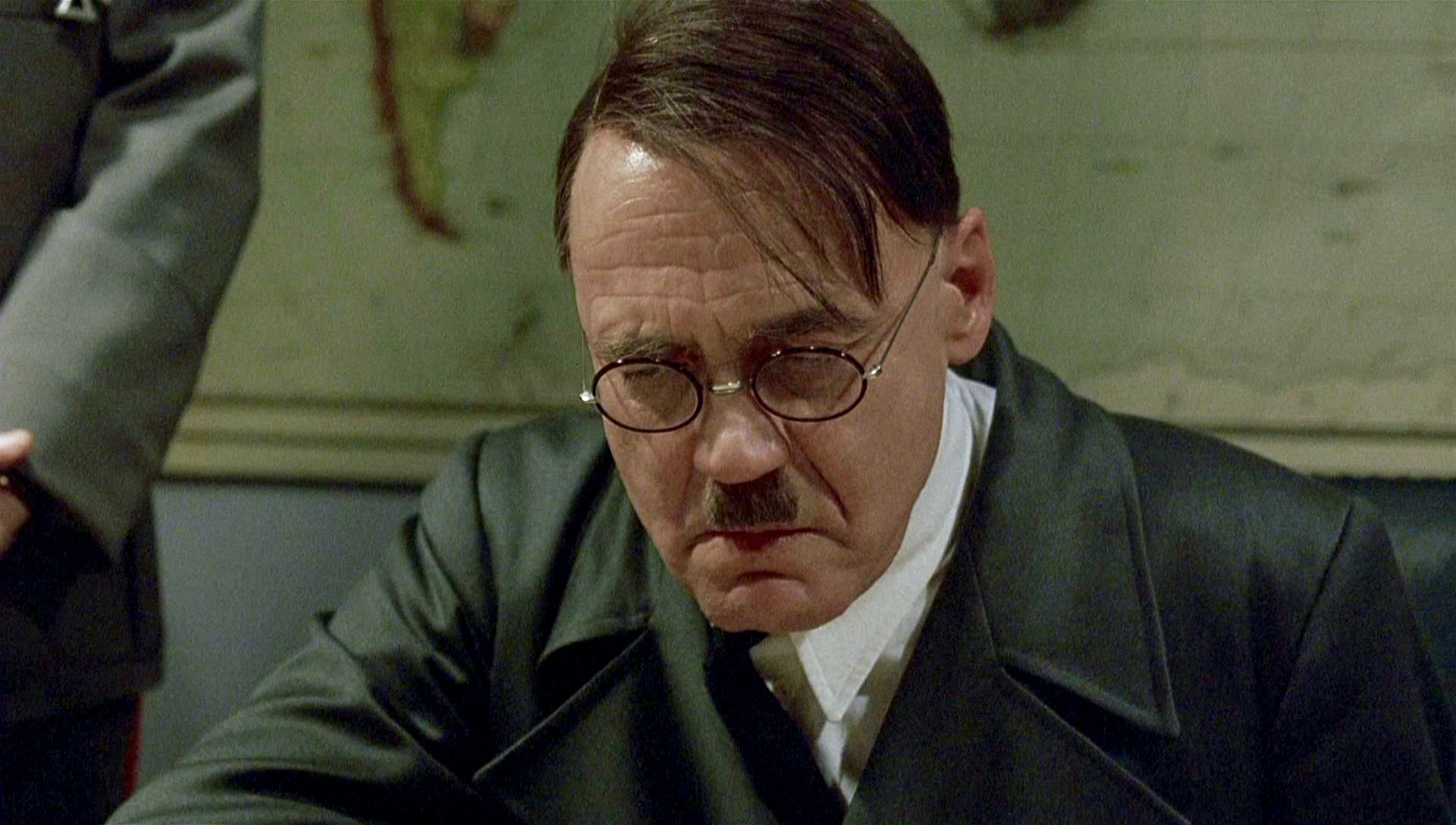 “It’s riveting historical drama – one of the best World War II movies of all-time,” we noted a few years ago.

The movie has also become a pop culture icon thanks to its climactic scene – in which Hitler is informed of the failed counterattack of Waffen-SS Obergruppenführer Felix Steiner during the Battle for Berlin on April 22, 1945.

Confronted by this dire news – which sealed his fate in the Führerbunker – the defeated warlord “flew into the greatest rage of his life,” according to historian William Shirer.

Hitler’s rage (or at least Ganz’s portrayal of it) has become an internet phenomenon – with YouTube users calling themselves “Untergangers” creating thousands of Downfall parody videos.  In these clips, the original German audio from this scene is retained but new subtitles are inserted to make it appear as though Hitler and his minions are responding to something completely different – like a contemporary sporting rivalry, the discovery of animal feces on one’s carpet or (in this case) the collapse of a South Carolina political consulting empire.

Sometimes these spoofs miss the mark.  Other times they are so funny it’s almost painful.

Late last week we were forwarded a Downfall parody making fun of the collapse of the Palmetto political consulting empire of neo-Confederate “Republican” Richard Quinn.

In the unattributed clip, Quinn is cast in the role of Hitler – while embattled S.C. attorney general Alan Wilson, S.C. Rep. Rick Quinn (the consultant’s son) and Trey Walker (a.k.a. “Trey Boy”) are portrayed as his top minions.

If you’re not a Palmetto political insider, the clip might not make much sense to you.  If you are, it’s probably one of the funniest things you will ever watch … in your life.

Ironically, our founding editor Will Folks wrote a piece last week urging against schadenfreude in response to the Quinns’ collapse.

But this?  This was just too brilliant not to post …

So … who put the clip together?

It’s not clear.  We received it from a Republican politico who claims to have gotten it from “some dems.”  Most believe the clip is the handiwork of a Democratic operative – possibly Tyler Jones of Charleston or Phil Bailey of Columbia.

Whoever did it … props.  They got the entire Palmetto political world buzzing this weekend.  Oh, and based on the current trajectory of the investigation into the Quinns, their clip is likely to retain much of its “historical accuracy.”