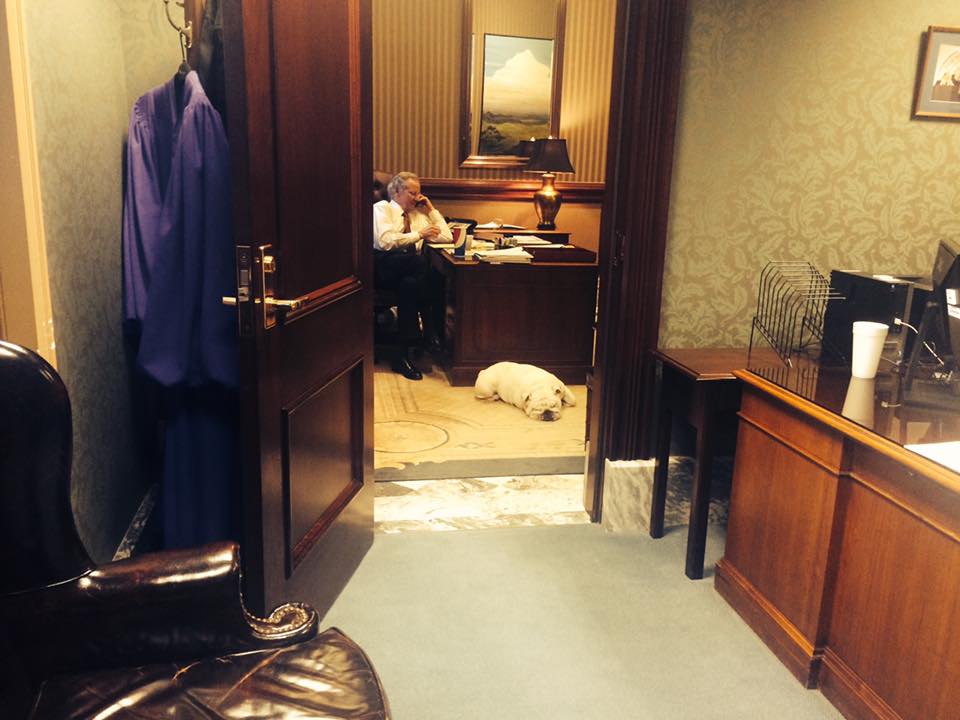 Whatever we may think of people’s politics, we don’t ever like to hear about them losing loved ones – even if those loved ones fall into the furry category.  Accordingly, we wish to extend our thoughts to S.C. governor Henry McMaster and his wife, first lady Peggy McMaster, on the passing of their English Bulldog, “Boots.”

According to an entry posted on McMaster’s Facebook page on Sunday, Boots passed away “unexpectedly” early Sunday morning at the S.C. Governor’s Mansion.  The dog had been receiving “successful treatment” for lymphatic cancer over the last few months.

“Sadly, this morning we had to say goodbye to our beloved Boots,” McMaster said in a statement.  “Our hearts are heavy, but full of love. Everybody loved Boots. We will miss him greatly.”

Incidentally, we’re told McMaster is preparing to remove McKinney from his position as a board member of the S.C. State Ports Authority (SCSPA) – an appointment he received from Haley last year.

Anyway, more on that later …

For now, we wish McMaster and his wife the best during their difficult time.