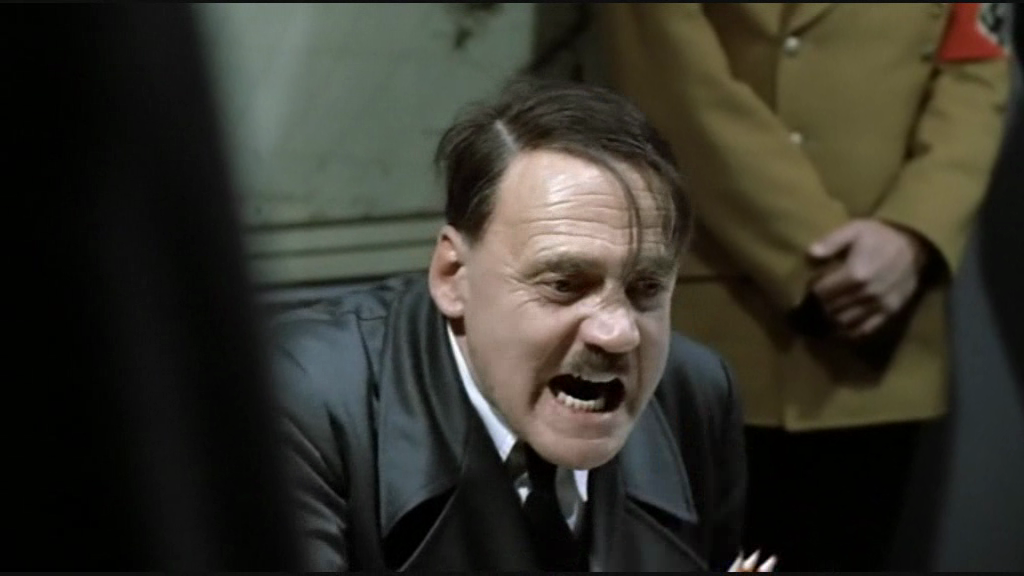 Of course the movie itself isn’t nearly as famous as the internet meme it has spawned – in which the climactic scene from the Führerbunker in Berlin in April 1945 is transposed so that Hitler seems to be responding to some contemporary event or everyday occurance.

Five years ago – when Clemson University still owned arch-rival South Carolina in football – there was a Downfall parody devoted to said ownership.

Which was HILARIOUS (especially the reference to the Nazi dictator buying thousands of “Fire Ants Defense” T-shirts from Cafepress on special order).

This year? The Hitler is on the other foot …

Oh … here’s the actual scene in the event you’re a history buff.