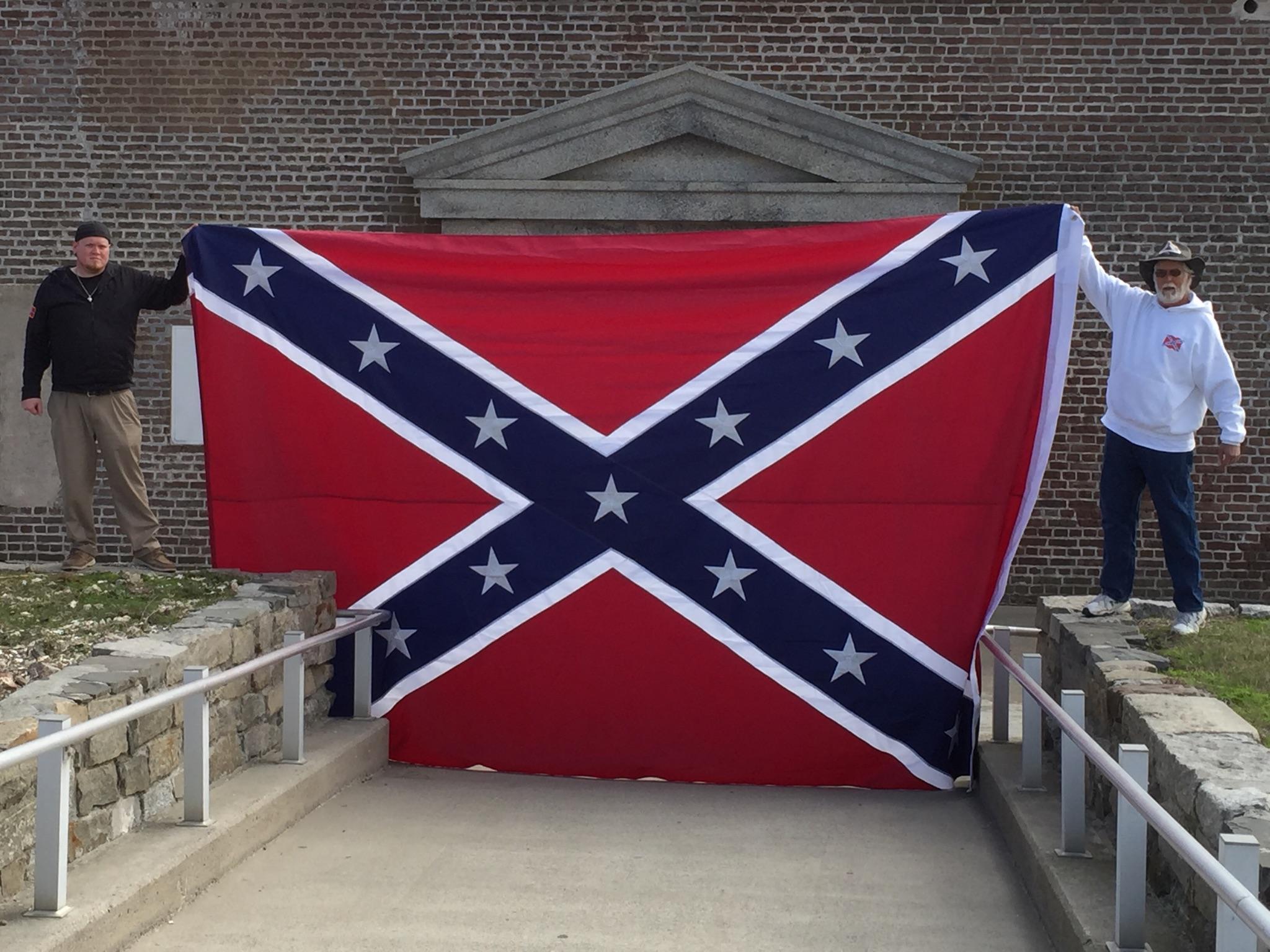 On the heels of two big victories at the local level (here and here), supporters of the Confederate flag in South Carolina are beginning to press the issue statewide.  And no … they aren’t trying to restore the controversial banner back to the grounds of the S.C. State House (from whence it was controversially removed back in July 2015).

What is their “ask?”  According to S.C. Secessionist Party leader James Bessenger, his group simply wants what they claim they are owed from the 2015 compromise.

“They promised us that the flag they removed from the State House would be put on display in the Confederate relic room,” Bessenger told us.  “It hasn’t been.  It’s still in a shoe box.  They had six months to come up with a plan.  It’s been almost two years.”

The 2015 legislation that removed the flag – S. 897 – did not specify how the banner would be displayed once it arrived at the relic room, a government-funded museum located in Columbia, S.C.  Nor did it provide a specific timetable for the banner to be incorporated into the museum’s existing displays.  The bill merely referenced that the flag would be transferred to the facility for “appropriate display.”

However, an offline “gentleman’s agreement” was supposed to have routed anywhere from $3-5 million to the museum to display the flag and other Civil War-era artifacts.  Lawmakers have balked at that price tag, arguing the relic room – which already has a taxpayer-subsidized annual budget of nearly $850,000 – cannot generate sufficient revenue to justify the expense.

In fact long before the Confederate flag debate began raging across South Carolina, this website repeatedly blasted taxpayer appropriations for various Confederate-themed memorabilia.  We also railed against government funding for the H.L. Hunley, a Confederate submarine that has drained millions of tax dollars since it was raised from the bottom of Charleston harbor back in 2000.

Museums are simply not core functions of government, in our estimation – irrespective of what they display.

Bessenger and his allies disagree – and are pushing for the “gentleman’s agreement” reached in 2015 to be honored.  In fact they have launched a statewide publicity campaign aimed at drawing attention to the plight of their beloved banner. 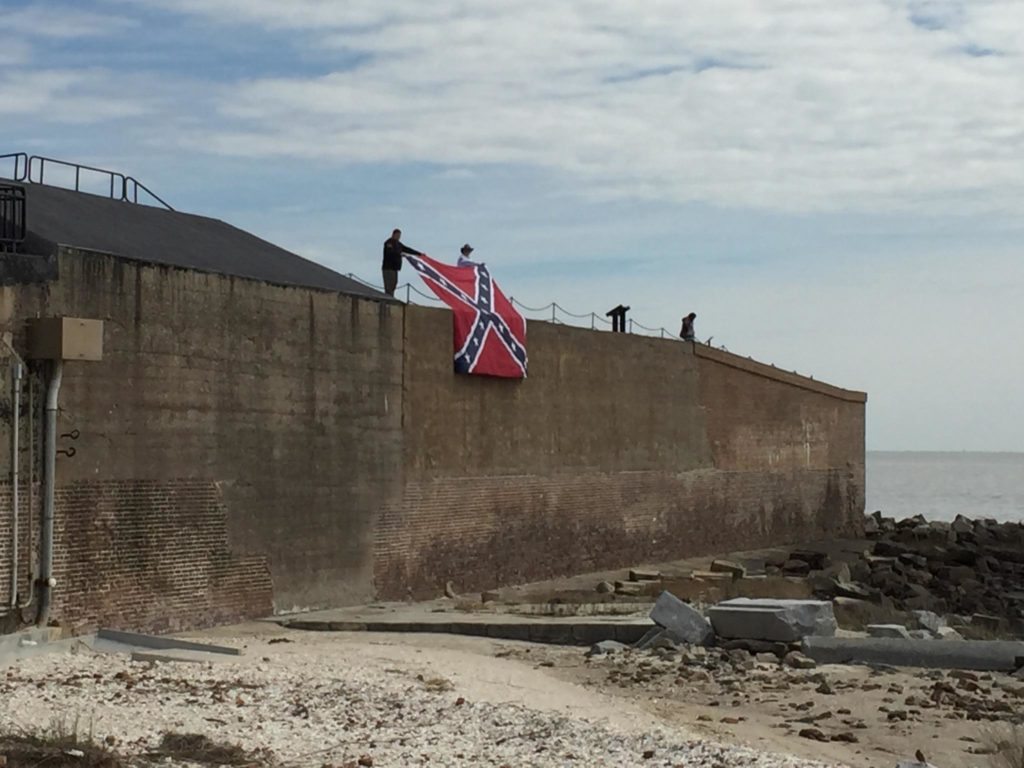 Bessenger calls it “flagging” – taking a ten-by-fifteen-foot Confederate flag to a high-profile landmark and unfurling it in a highly-visible location.  This weekend, Bessenger and Braxton Spivey – a member of the S.C. Secessionist Party’s board of directors – took their banner to Fort Sumter, a national monument in Charleston Harbor that commemorates the April 1861 commencement of hostilities between Union and Confederate forces.

“The park ranger tried to tell us we couldn’t (display the flag) it because it’s not a free speech area,” Bessenger told us.  “I asked him if he was going to arrest me and he said ‘no,’ then I asked if I was breaking any laws and he said ‘no,’ so I told him to have a nice day and kept doing it.”

Fort Sumter used to fly two versions of the Confederate flag (click here for a refresher on these various banners), but they were taken down two weeks after the “Holy City Massacre,” a racially-motivated murder of nine black parishioners at Mother Emanuel AME church in Charleston, S.C.

White supremacist Dylann Roof, 22, received the death penalty in his federal trial for these murders, and is awaiting trial on state charges.  He previously confessed to the killings, saying it was his intention to start a race war.

While we believed the flag’s removal from the State House grounds was necessary (actually, we don’t think it should have ever been raised in the first place), we’ve been thoroughly disappointed with the way many well-intentioned flag backers have been demonized during the process.  Also, at this point it seems clear that flag supporters who agreed to go along with the removal of the banner aren’t getting what they were promised in exchange.