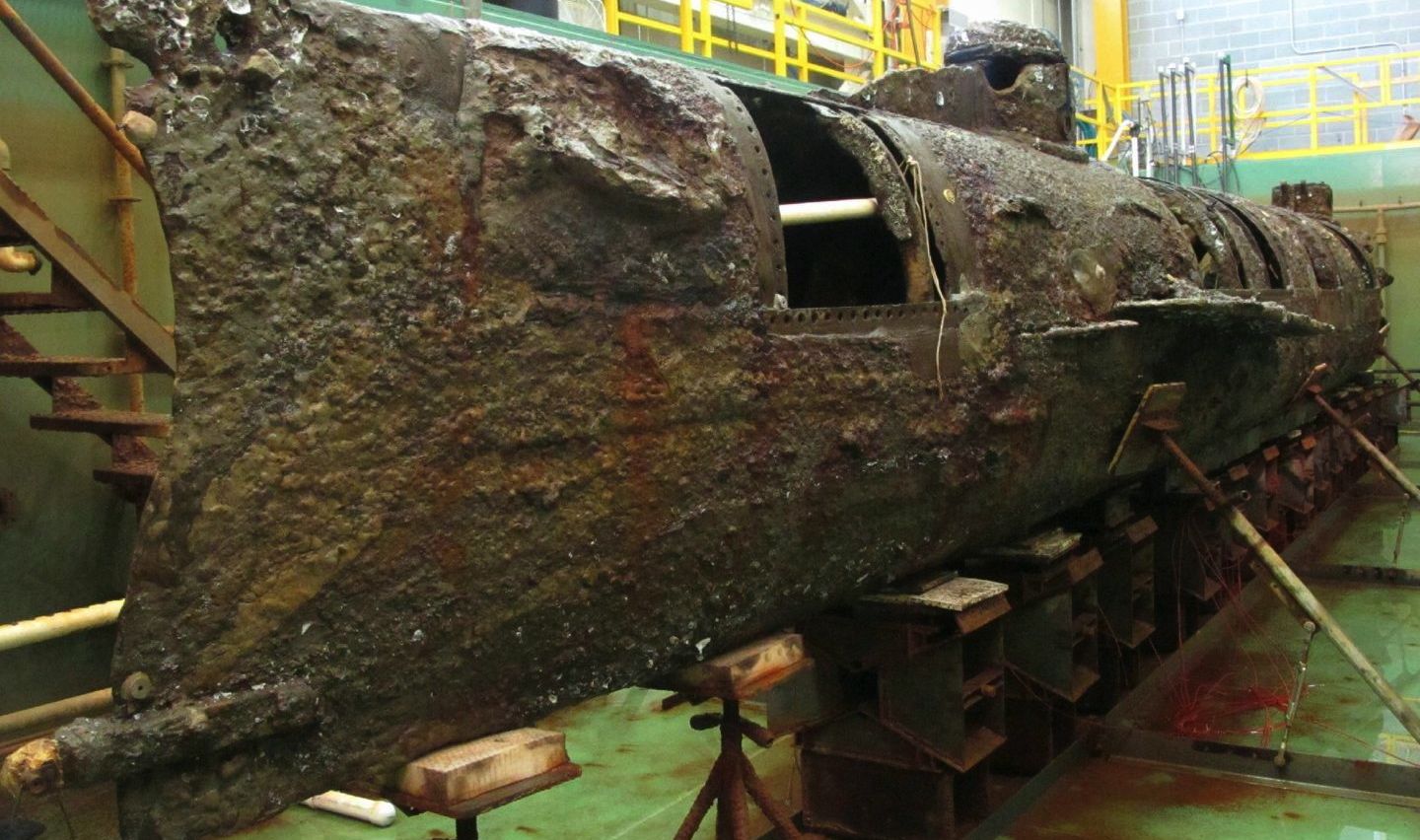 For at least the thirteenth year in a row, South Carolina taxpayers are shelling out $500,000 on a collection of Confederate artifacts which should have been paid for years ago. And not only that –  lawmakers have agreed “to provide funds in future fiscal years” to continue paying for this nonsense (an expense taxpayers should never have been saddled with in the first place).

Where is all of this money really going?

That’s a good question, but sources tell FITS the “Southern Maritime” cash is really nothing but a “slush fund” for the H.L. Hunley – a confederate submarine that has drained tens of millions of dollars from taxpayers (and continues to do so) thanks to the obsession of powerful “Republican” leaders like Lt. Gov. Glenn McConnell.

In the FY 2001-02 budget, lawmakers ratified the following proviso regarding this collection of artifacts …

The Budget and Control Board shall enter into negotiations with the South Carolina Historical Society to develop an agreement for the purchase of portions of the Southern Maritime Collection.  Negotiations shall include, but not be limited to, acquisition of printed materials, Confederate imprints, photographs, maps, diagrams, manuscripts, artwork, drawings, artifacts, patriotic covers, lithographs and newspapers.  The Board is authorized to expend monies to secure the collection for purchase by the State of South Carolina, pursuant to the conditions of any agreement.  In addition, the Board may assume any existing loans associated with the collections, provided that the loan assumption is included as a part of the overall acquisition agreement.  Funds expended for this purpose by the Board may not exceed $500,000.  The Board shall periodically provide information to the President Pro Tempore of the Senate, the Chairman of the Senate Finance Committee, the Speaker of the House and the Chairman of the House Ways and Means Committee regarding the status of negotiations and any prospective agreement.

Now … is purchasing any of that Confederate memorabilia a core function of government? Absolutely not. Yet each year for the last thirteen years lawmakers have appropriate $500,000 toward this “collection.” This despite the fact McConnell – then president of the State Senate – estimated the cost of these artifacts (mostly maps and documents) at roughly $3 million back in 2001.

At that rate, the purchase should have been completed in 2007 – yet six years later, money is still being appropriated.

In fact here’s a proviso authorizing the expense in the FY 2013-14 budget, which passed the “Republican-controlled” S.C. House of Representatives last month …

The Budget and Control Board, on behalf of the Hunley Commission is authorized to expend funds appropriated for such purpose to pay the outstanding note
entered into to finance the purchase of the Southern Maritime Collection and the Hunley Commission will assume custody and management of the Collection for the State.  The board is authorized to use up to $500,000 of the funds transferred for implementation of this proviso.  The balance of the funds transferred may be used by the board for costs associated with other Museum operations.  The General Assembly will provide for funds in future fiscal years to cover the costs of the financing of the Southern Maritime Collection.

Sources tell FITS this “collection” was actually purchased in 2006 with an appropriation from the Capital Reserve Fund – which would have obviously been separate from this annual appropriation. According to one lawmaker, the “balance of the funds” appropriated since then have gone to the Confederate Relic Room, another totally unnecessary state facility which receives recurring appropriations in the state budget.

So wait … we paid for this stuff twice? And are still paying for it?

In addition to this nonsense, let’s not forget Clemson University’s “Restoration Institute” – an entire “research campus” which is devoted to the Hunley submarine.

This is ridiculous … the fact that one red cent of taxpayer money has gone toward funding any of this nonsense should make taxpayers’ blood boil.

Accordingly, we call on lawmakers to immediately cease all funding for H.L. Hunley-related expenses (and any other Civil War-related expenses) and begin the process of unloading these assets as fast as they can.

With McConnell’s “Maritime Collection” that shouldn’t be a problem. In 2001 he estimated the value of the collection at $6 million – which means it should be able to command as much as $8 million in today’s market.

Unless of course McConnell was (and is) full of shit …

Is Beth Bernstein’s Skirt Too Short?