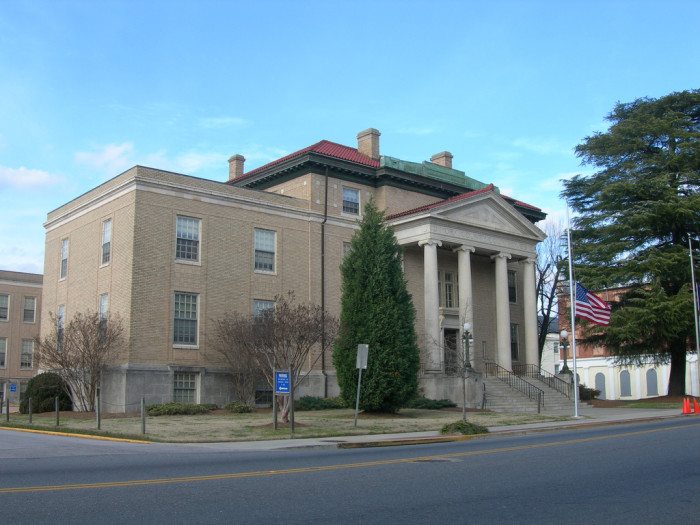 A Confederate battle flag and pictures of Confederate generals Robert E. Lee and Stonewall Jackson have been removed from a county courthouse in South Carolina.

Just when we thought we were all done writing about the Confederate flag … and all of its ensuing drama.

According to reporter Andrew Dys of The (Rock Hill, S.C.) Herald, the controversial banner and images were removed as part of a $10 million renovation of the York County, S.C. courthouse that began in 2011.  The decision to remove them was made by one person – county clerk of court David Hamilton.

“It is a different time,” Hamilton told Dys. “When we looked at the historical items that included Civil War era items. This is a new era and time, and it is time to move on.”

Not surprisingly, Hamilton’s decision was reflexively praised by everyone Dys interviewed.  In fact not a single dissenting word was offered in his report.

Believe it or not, we’re not really dissenting either.  Hell, back in 2015 this website was the first media outlet in the state of South Carolina to call for the removal of the flag from the grounds of the State House.  Our column to that effect was published less that 48 hours after the “Holy City Massacre,” a senseless, premeditated and racially motivated slaughter of nine black churchgoers by a 21-year-old white supremacist.

Unlike S.C. governor Nikki Haley, we didn’t have to wait for our crony capitalist masters to tell us the right thing to do in that situation.

Having said that we objected to the way flag supporters were repeatedly demonized during the debate to furl the co-opted banner.  And we continue to reject the politically-correct overkill that has followed this contentious debate.

Now … does that mean we think Hamilton erred in his unilateral decision to remove the flag (and the pictures of Lee and Jackson) from this particular county court house?  Not necessarily … although he may have run afoul of the law.

In the aftermath of the flag being removing from the State House grounds in June 2015, S.C. Speaker Jay Lucas drew a line in the sand on this issue – vowing no further historical sanitization during his tenure as Speaker of the S.C. House of Representatives.

Well, Lucas is still Speaker.  And even if he wasn’t, the state’s Heritage Act – passed in 2000 when the Confederate flag was first removed from the dome of the S.C. State House – is still in effect.

Dys’ story glossed over the specifics of this law, merely saying Hamilton “sought legal advice to make sure his decision did not run afoul of South Carolina’s Heritage Act.”

Again, we don’t necessarily disagree with Hamilton’s decision.  We just think the process by which this particular outcome was accomplished – like the process that took the flag from the State House grounds – was handled poorly.