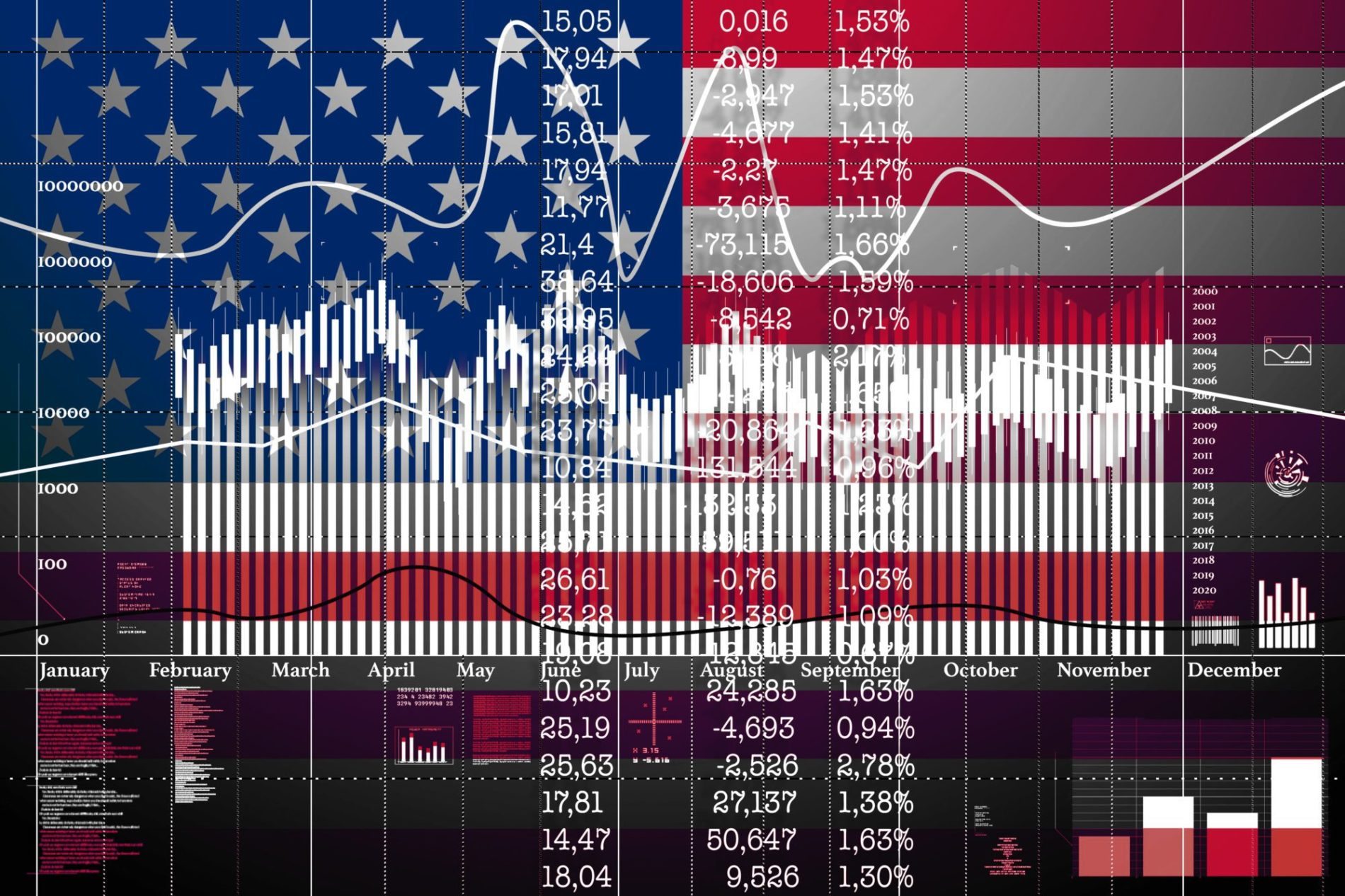 HOW THE NEXT ADMINISTRATION CAN ACHIEVE ITS ECONOMIC OBJECTIVE …

|| By ROBERT ROMANO || On the campaign trail, one of the most far-reaching promises President-elect Donald Trump made was to restore U.S. economic growth to an inflation-adjusted 4 percent annual rate.

Speaking to the Economic Club of New York on September 15, Trump said, “it’s time to establish a national goal of reaching four percent of economic growth. And my great economists don’t want me to say this but I think we can do better than that.”

That is, two successive administrations, George W. Bush and Barack Obama, have failed for 16 years to move the economy in the same robust direction the American people had been used to, only averaging 1.73 percent average annual growth from 2001 through 2015.

This year won’t move the needle either, as the economy is only growing at an annualized 1.7 percent so far this year with only one more quarter of data to be measured.

In other words, such growth was pretty much the norm.  But in 2000, the same year the dotcom bubble popped and China entered the World Trade Organization and was granted permanent normal trade relations, that growth engine died.  We are no longer the world’s economic superpower.  We are declining, and declining fast.

U.S. global market share of manufacturing exports has dropped markedly, from 13.7 percent in 2000 to just 7.5 percent in 2014, according to data compiled by the World Bank.  In that time, the U.S. has racked up almost $9 trillion of trade deficits since 2000. The Gross Domestic Product would be about $27 trillion today if that hadn’t happened.

From 1981 to 2000, the civilian labor force was growing at a 1.45 average annual rate.  From 2001 to 2015, it grew at just 0.62 percent a year while labor participation among working age adults slipped dramatically according to data by the Bureau of Labor Statistics.

From 1981 to 2000, nominal household median income grew 4.3 percent a year, before dropping to just two percent a year under Bush and Obama.

It stands to reason that to get back to 4 percent growth, then, the Trump administration will have to do anything and everything to reverse these trends.  Immediately.  Because that’s what four percent growth looks like.  It means creating 2.4 million jobs a year, and perhaps more than that, instead of the paltry 927,000 a year we’ve managed on average since October 2000.  And even then, that is not enough.  The past three years have averaged about 2.8 million news jobs annually, but growth is still slow.

So, it also must mean producing more here.  If one traces the origin to the economic slowdown to the decline of the U.S. amid trends toward economic globalization, as Trump does, then an emphasis will be placed rightly on producing things here in America again.

To incentivize production here, one idea would be to utilize special tax incentives, a combination of 0 percent corporate rates plus additional tax credits – call them Make America Work Again tax credits – to refurbish and rebuild factories in Detroit, Pittsburgh, Cleveland, Buffalo, Scranton, Pa., Johnstown, Pa., Seneca, S.C. and other regions, and to all companies that solely employ U.S. citizens or legal immigrants.

Rolling back regulations that make it too expensive to do business here is obviously another good idea, particularly in the areas of coal electricity and energy.  Much of the U.S. trade deficit is our energy deficit, after all.

But a Trump administration should be forewarned that while those items are incredibly important, tinkering around the edges of tax and regulatory policy will have its limits.  One of the principal disincentives to producing in the U.S. has been the practice of foreign central banks devaluing their currencies against the dollar in the global trade environment the past two decades, making their exports cheaper while make U.S. goods more expensive overseas.

That is to say, Trump could do everything on fiscal and regulatory policy right, but if he fails with trade and monetary policy – specifically international monetary policy – his attempts to shift production back to the U.S. might very well fail.  Fortunately, addressing currency manipulation was one of Trump’s top campaign promises, and he should know all too well the consequences of failure in this area.

At the same September 15 speech, Trump acknowledged that four percent growth “will be accomplished through a complete overhaul of our tax, regulatory, energy and trade policies.”

Specifically on currency, Trump said, “I am going to instruct my Treasury Secretary to label China a currency manipulator, and to apply tariffs to any country that devalues its currency to gain an unfair advantage over the United States.”

But, it is worth mentioning, since the Republican establishment in Washington, D.C. and particularly members of Congress may not share his assessment.  They might even try to obstruct his trade and currency policies, which his critics fiercely opposed during the primaries, seeing Smoot-Hawley around every corner.  Then of course there are all the companies that have made a fortune overseas and who will not want the status quo to change.

Critics will undoubtedly protest that Trump is picking winners and losers, in this case, favoring U.S.-based institutions over foreign companies.  The answer to which is, exactly.  Market share in the global economy has been lost overseas.  It was a governmental decision made years ago to favor foreign production via these trade deals to help the rest of the world develop.

Others will say that there is no optimal rate of growth for the U.S. economy, or jobs, the labor force or incomes, for that matter, and that even if there was one, it is unknowable.  Or that four percent is just some arbitrary number.  Yet, nobody’s picking four percent out of hat on an a priori basis.  We are simply comparing our experience from 2001 to 2016 to what came before it and, it is true, the economy is not growing nearly as fast as it once did.  Shifting production overseas looms as the obvious reason.

Still others will point to automation domestically as an alternate reason for declining manufacturing employment.  However, look on the labels of your phones, computers or clothes and find those that were made “automatically” in America.  It’s almost a myth.  But even if a large amount of the manufacturing that might still be done here would be done in factories of the future, with a lot of automation, that would still mean the capital flows would remain in the U.S., resulting in further investment, a net boon.  And it would still create jobs.  Even machines need to be serviced, maintained and directed.

And then there are those who will say devaluing currency somehow does not boost exports or that increasing exports does not boost GDP.  Not that they matter much in the great scheme of things, since a President Trump probably should not be listening to economists or pundits who cannot or will not even calculate what impact artificial changes in currency exchange rates might have on prices, or how the nation’s nominal, current dollar GDP is in fact added up.

Don’t try to sell us guaranteed incomes or other welfare schemes or more debt and credit cards and financing.

Or call foreign purchases of U.S. treasuries “investment” in the U.S. economy.  It’s not.  It’s just financing a debt we probably will never pay back in full and the only jobs it’s really created are in a declining government and financial sectors.

The American people want jobs.  They want to work.  That’s what they voted for this year.  That’s why Trump won.

The incoming Trump administration must be very wary of a culture in Washington, D.C. that looks at the past 16 years of poor economic performance by the U.S. globally and sees no problem at all.  The elites look around and what they see is simply a result of market forces, when in fact it was the result of conscious government policies that chose winners and losers that set those market forces into motion, creating a vicious cycle.  Global economic interests won.  The American people lost.

The point is, to turn things around, Trump is going to have to deliver an immediate shock to the system that will reverse these trends.  This isn’t about delivering a milquetoast program of simply getting the government out of the way or oh, here’s some tax cuts.  Yes, cut taxes and regulations, but the cost of business in the U.S. must come down relative to other parts of the world, and that means currency.  This is actually something the government will need to be directly involved with, using all of its constitutional powers on trade and foreign affairs, particularly in negotiating an international monetary accord worth anything that can stabilize world trade flows.  Otherwise, four percent growth might remain an artifact of the 20th century.