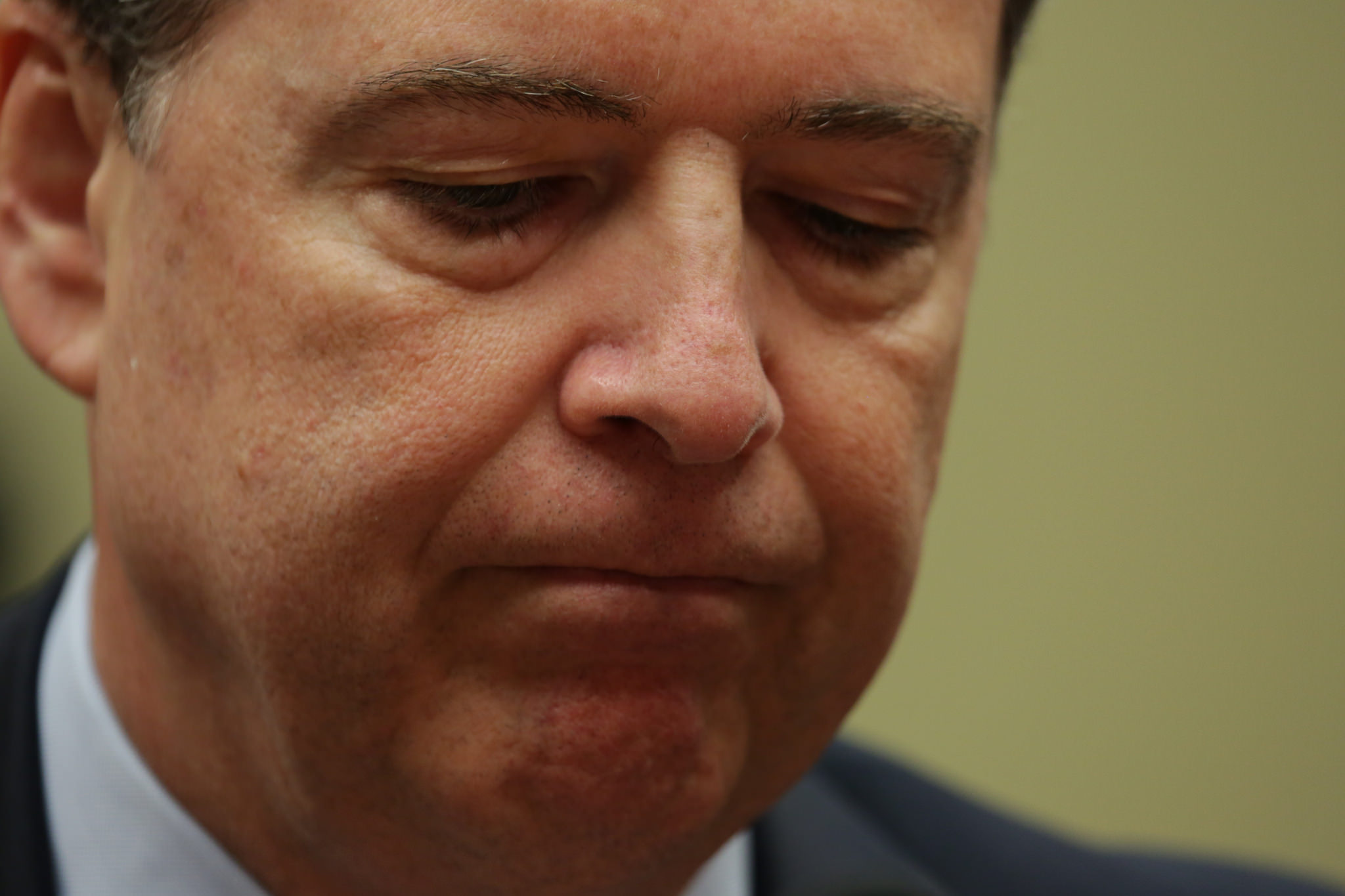 With GOP nominee Donald Trump and Democratic nominee Hillary Clinton running neck-and-neck in roughly a dozen battleground states, Comey announced Sunday that his agency was clearing Clinton of wrongdoing in connection with the extra-legal private email server she used during her tenure as secretary of state.

Back in July, Comey’s agency recommended that Clinton not be prosecuted for sending and receiving classified information over her private network, which appears to have been created for the sole purpose of keeping her and her husband’s pay-to-play corruption under wraps.

“Based on our review, we have not changed our conclusions that we expressed in July,” Comey wrote in a letter to lawmakers on Capitol Hill.

We wonder … who did former president Bill Clinton privately meet with in order to pull off this coup?

Nine days ago Comey wrote lawmakers telling telling them the FBI had reopened its investigation into the Clinton emails after recovering additional information on a laptop belonging to disgraced former U.S. congressman Anthony Weiner.

Weiner – currently in rehab for his addiction to sexting women (including underage girls) – is the estranged husband of top Clinton aide Huma Abedin.

More than 650,000 emails were recovered, which Comey says his agents reviewed over the course of one week.

Really?  After it took his agents more than a year to review roughly 30,000 emails?

“You can’t review 650,000 new emails in eight days. You can’t do it, folks,” Trump told a crowd in Sterling Heights, Michigan.  “Hillary Clinton is guilty. She knows it, the FBI knows it, the people know it, and now it’s up to the American people to deliver justice at the ballot box on November 8.”

“We were always confident nothing would cause the July decision to be revisited,” a Clinton spokesman said in response to the announcement.  “Now Director Comey has confirmed it.”

Comey’s previous announcement took place as the race between Clinton and Trump was narrowing.  This announcement – which could blunt Trump’s momentum – comes less than 36 hours before voters go to the polls.