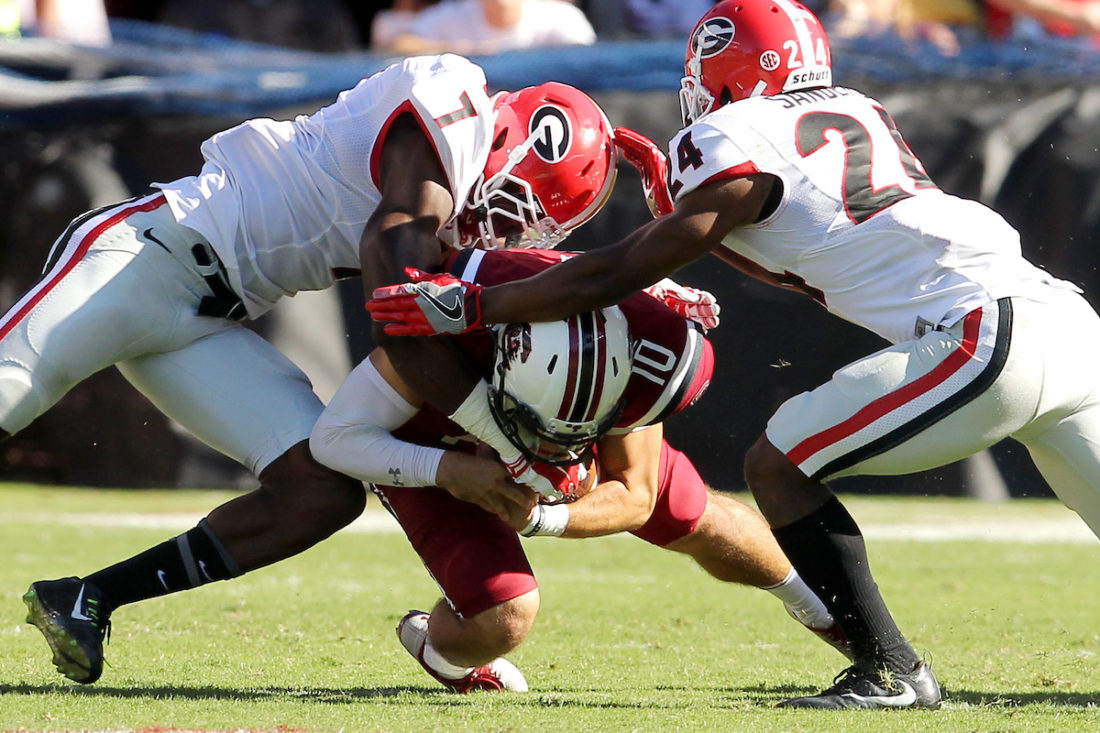 THERE’S NO GAME IN THESE COCKS …

It’s no longer hyperbole to say that the University of South Carolina’s offense is “the worst.”  There is now empirical evidence to support that contention.

After Sunday’s 28-14 loss to SEC East rival Georgia, head coach Will Muschamp‘s team is officially ranked No. 128 in the nation in scoring offense.

Whether it’s true freshman Brandon McIlwain under center or former walk-on Perry Orth – it hasn’t mattered.  Nor did it matter that the team had its top two wide receivers (sophomore Deebo Samuel and true freshman Bryan Edwards) back in the lineup on Sunday.

There is simply no “game” in these “cocks.”  At least not on the offensive side of the football.

Through six games, South Carolina is averaging just fourteen points per contest, a level of ineptitude not seen in Columbia, S.C. since 1999 when the Gamecocks failed to win a single game in Lou Holtz‘s first year at the helm of the program.

And while offensive coordinator Kurt Roper‘s unit isn’t that bad – it’s close.  And the season is only halfway done.

While the Palmetto State’s mainstream media outlets are choosing not to blame Roper and Muschamp at this point, it’s clear patience is wearing thin among the Gamecock fan base.

Also, there is a growing concern that Muschamp-coached teams simply aren’t ever going to get the job done on offensively.

They never did at Florida …

Prior to taking the Gamecock job last December, Muschamp said he was eschewing the predictable ball-control, pro-style offense he attempted to bring to Gainesville.

“I’m taking full responsibility for it and making it better in this situation,” Muschamp said over the summer.