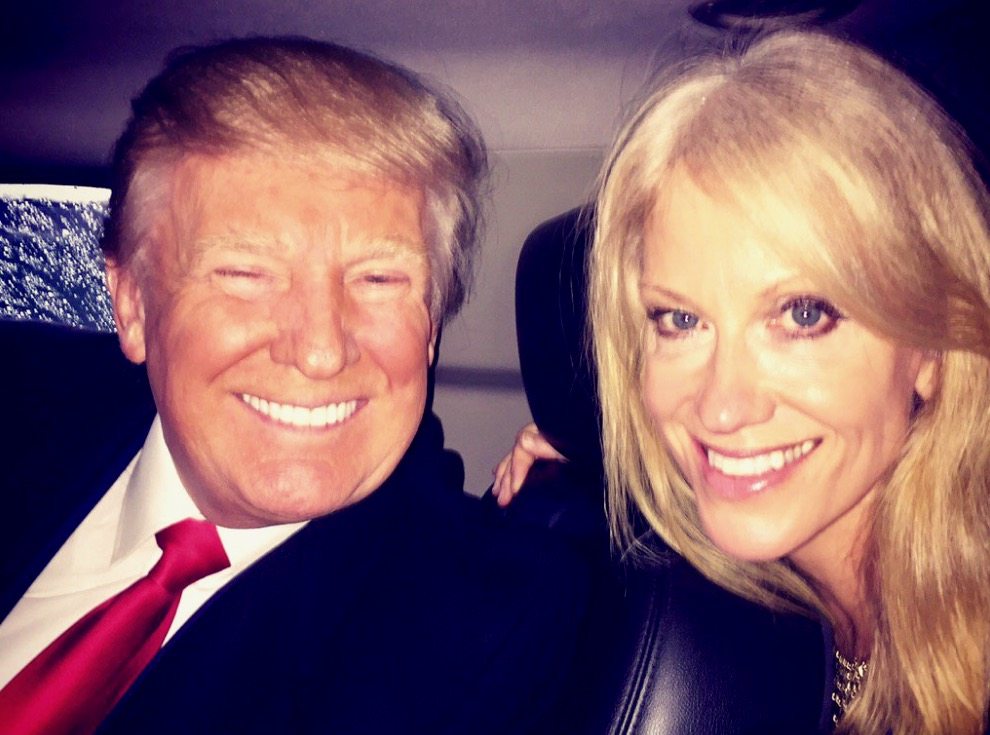 Of course the GOP attrition might have been held in check by a comment made immediately following the debate by Trump’s campaign manager, Kellyanne Conway.

“There are members of Congress, current and former, who have rubbed up against women and who have put their tongues in their mouths uninvited,” Conway told Fox News’ Megyn Kelly. “Maybe when I was younger and prettier, that may have happened to me.”

Kelly told Conway she needed to come back on the show soon “to talk about those losers in Congress.”

“Yes, lets do that,” Conway replied. “We can name them and shame them.  Look out guys.  Shouldn’t have done it.”

Damn.  So is this another one of those “people in glass houses” moments?  One in which sanctimonious moralizers get a well-deserved comeuppance?  We can only hope so.

“I want to get this election over with because what comes after is going to be really something,” one Washington, D.C. operative told us. “This campaign is just the warm up act.”

Trump’s candidacy thoroughly exposed and unmasked the GOP establishment during its ascent a year ago.  We can only hope it compounds the damage in the event it flames out between now and November.