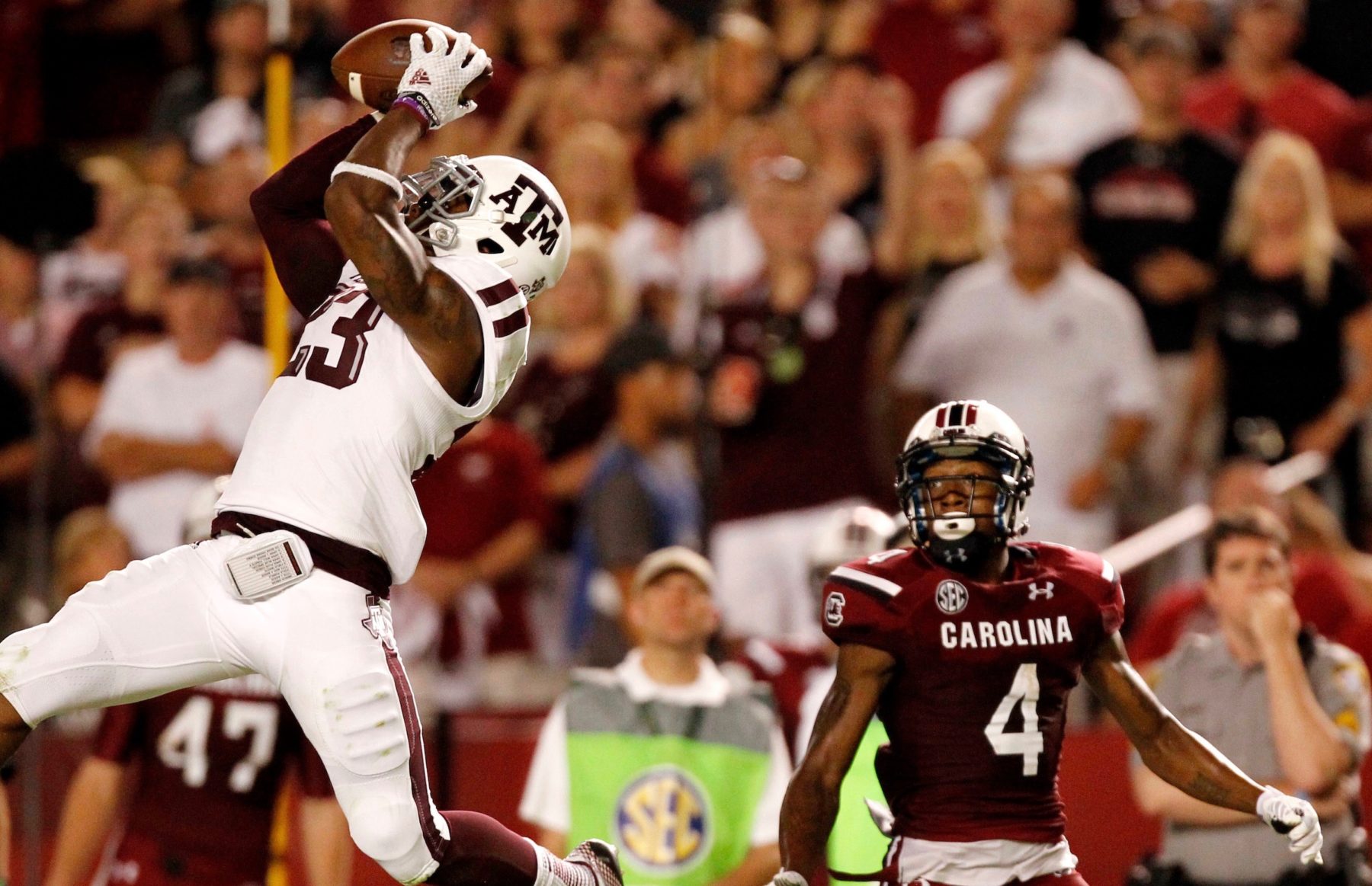 THIS COULD GET UGLY … AGAIN

The last time Texas A&M rolled into Williams-Brice Stadium in Columbia, S.C. the end result was a Gamecock bloodbath.

In fact, the University of South Carolina football program has never really recovered from the 52-28 beatdown it received that August evening – stumbling to a mediocre 7-6 record in 2014 and then collapsing en route to a 3-9 finish a year ago.

Former head coach Steve Spurrier‘s squad entered the 2014 Texas A&M game as the No. 9 team in America.  By the middle of the season, though, the Gamecocks had been bounced from the national rankings – and haven’t returned since.

This year Texas A&M enters Williams-Brice Stadium as the team with the No. 9 ranking.  Head coach Kevin Sumlin‘s team is an 18-point favorite, a line that ought to be bigger as far as we’re concerned.

Seriously.  The anemic Gamecock offense – which is averaging an embarrassing 283 yards and 14 points per contest – will be lucky to get a first down on Saturday.

What does that mean?  Easy: It means the Aggies’ offense – led by former Oklahoma starting quarterback Trevor Knight (yes, the guy pop star Katy Perry was crushing on) – should be able to wear down South Carolina’s defense as the game goes on.

Through four games, Knight has thrown for 1,055 yards and seven touchdowns (against just two interceptions). He’s also rushed for 330 yards and five scores – toting the rock far more often (and effectively) than he ever did during his three years in Norman, Oklahoma.

“He’s a dual-threat guy. He can hurt you with his legs and throwing,” Muschamp said of the Aggies’ veteran signal-caller.

South Carolina’s defense is also likely to get a steady dose of true freshman running back Trayveon Williams, who rushed for 153 yards and two touchdowns last week during the Aggies’ 45-24 win over the Arkansas Razorbacks.

This game could get ugly, people.  Perhaps not 2012 Orange Bowl ugly, but the potential is certainly there for a profoundly humiliating defeat – one forcing the Gamecocks to seek out a politically correct “safe space” on campus where they can lick their wounds.

Oh, and hope that Sumlin’s team has its eye on the schedule ahead – which includes match-ups against No. 11 Tennessee (October 8) and No. 1 Alabama (October 22).