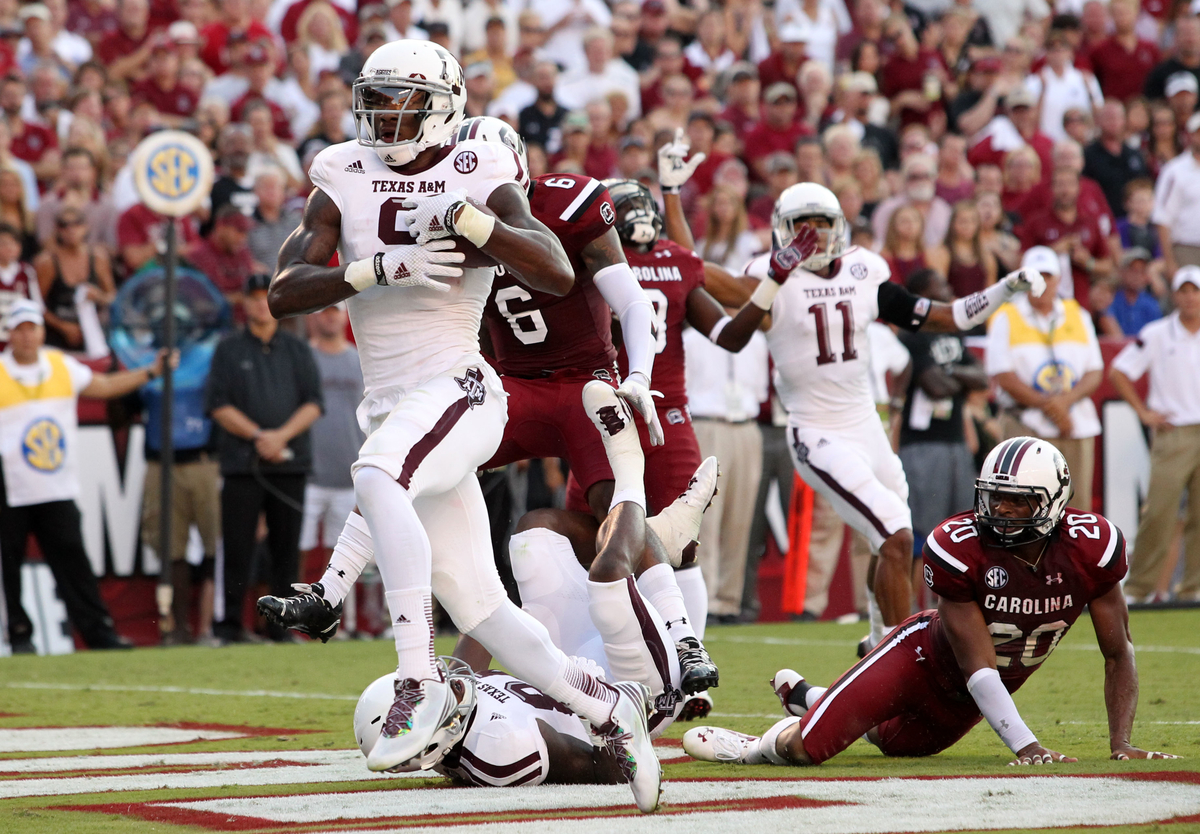 University of South Carolina head football coach Steve Spurrier made fun of Texas A&M’s schedule during the offseason … but the No. 20/21 Aggies had little trouble dispatching the No. 9 team in the nation on the road Thursday night.

In the season opener for both teams (and their first-ever meeting) head coach Kevin Sumlin‘s offense steamrolled a hapless South Carolina defense – which surrendered a school record 680 yards en route to a 52-28 blowout loss (the Gamecocks’ first defeat at home since losing to Auburn in 2011).

“That team is so much better than us, it wasn’t funny,” Spurrier said after the game.

Just like that … the nation’s longest home winning streak is over.  And more importantly, the Gamecocks’ preseason SEC championship hopes appear to be nothing but pipe dreams.

And the inaugural college football playoffs?  Which the Gamecocks seemed well-positioned for given their No. 4 national ranking at the end of 2013?

Clearly life after Jadeveon Clowney (the No. 1 pick in the 2014 draft) looks like it’s going to be pretty brutal for the Gamecock faithful.

Thursday night’s beat down marked the first time since the 2010 SEC championship game (against Heisman Trophy winner Cam Newton and eventual national champion Auburn) that a South Carolina defense had given up more than 50 points in a game.  Of course if Gamecock defensive coordinator Lorenzo Ward‘s unit doesn’t make some major adjustments, expect more throttling ahead.

The son of former Chicago Cubs pitcher Ken Hill led the Aggies on a nine-play, 67-yard touchdown drive to open the first half … and kept pounding away drive after drive.  Using an up-tempo, spread formation office the Aggies scored on eight of their twelve drives – and two of the four times they failed to score it was the clock, not the porous Gamecock defense, that stopped them.