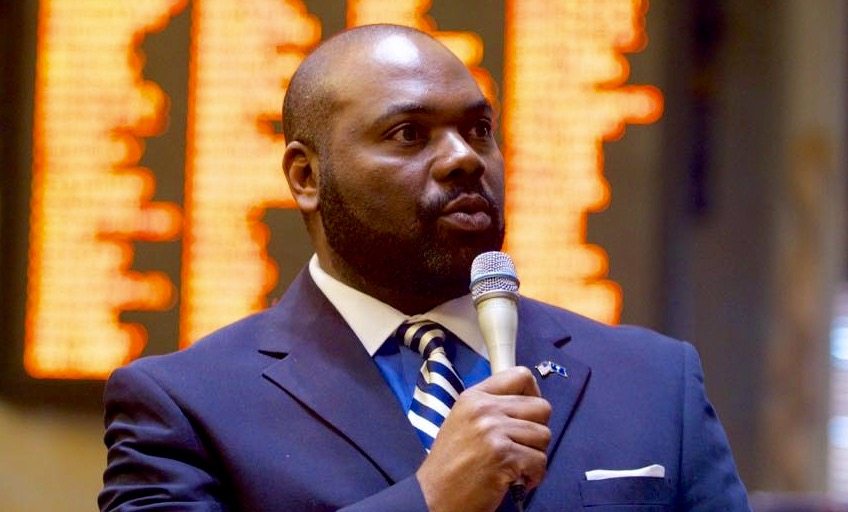 SAMUEL RIVERS CASE UP IN THE AIR …

While the broader investigation into alleged corruption at the S.C. State House continues to escalate, one member of the Palmetto State’s “Republican” caucus continues to deal

As this website exclusively reported back in June, S.C. Rep. Samuel Rivers was accused of attempting to bribe a local official with a job if she dropped out of a county council race against one of his allies.

Earlier this month, the S.C. House Ethics Committee – a notoriously-corrupt, self-policing panel with a history of whitewashing politicians’ wrongdoing – took itself out of the case.

According to a letter obtained by this website, the panel dismissed a complaint filed against Rivers because it “did not have jurisdiction over this matter.”

Other complaints are still pending, though.  In fact The (Charleston, S.C.) Post and Courier reported not long after our original story ran that an investigation had been initiated by the S.C. State Law Enforcement Division (SLED).

SLED’s probe has reportedly been completed, and the agency intends to present its findings to the office of S.C. attorney general Alan Wilson within the month, we’re told.

At that point Wilson’s office will have to decide whether to prosecute the second-term lawmaker.

Rivers was accused back in June of attempting to induce Berkeley county council candidate Elaine Barnette to quit her campaign in exchange for a position in local government.  Text messages between Rivers and Barnette would seem to support this claim.

Those messages also suggested the involvement of a pair of local officials – county supervisor William W. Peagler III and deputy county supervisor Tim Callanan, who also happens to be chairman of the Berkeley county “Republican” party.

Rivers, Peagler and Callanan are accused of conspiring to induce Barnette to drop out of the campaign so that the incumbent, Kenneth E. Gunn, Jr., could run unopposed.

Gunn and Rivers are allies.

Rivers denied the allegations when we interviewed him earlier this year, saying his then-GOP primary opponent Steven Smith was leveling the charges against him for political reasons.

“My opponents’ comments are liable,” Rivers added.  “You can put that in all caps.”

Rivers has represented S.C. House district 15 (map here) since 2013.  He was implicated in an embarrassing plagiarism scandal during his first term in office, but aside from that we haven’t had the occasion to call his name very often.

Anyway, we’ll be sure to update our readers whenever there is a determination related to these allegations.