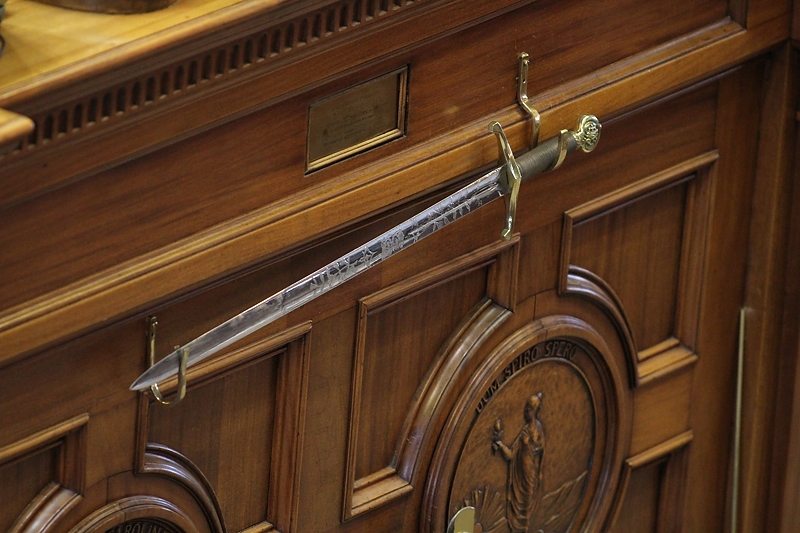 For starters, he’s run a competent agency – which obviously makes him quite the outlier in the scandal-ravaged cabinet of S.C. governor Nikki Haley.

Seriously … Haley’s agencies are for the most part unmitigated disasters.  Conflagrations of incompetence.  Emblematic of excess.

Anyway, not only has Reames run a tight ship he has also been an aggressive advocate for taxpayers – doing his best to keep corrupt local governments from misusing revenue obtained from municipal or county-level tax hikes.

Naturally, Reames’ high-profile advocacy has prompted speculation as to his future plans in the political realm.  Prompting even more speculation?  An upcoming change of address.

Reames and his family are leaving Columbia, S.C. and headed for Camden, S.C. this year – a move our soccer mom sources insist is all about being closer to his family.

Palmetto “Republican” leaders have other thoughts on Reames’ move, though.

Specifically, they see it as an opportunity to pick up a State Senate seat currently held by a Democrat – and not just any Democrat, the party’s two-time gubernatorial standard-bearer, Vincent Sheheen.

S.C. Senate District 27 (map here) contains parts of Chesterfield, Kershaw and Lancaster counties.  Sheheen has represented it since February of 2004 – running unopposed in 2008, 2012 and 2016.

“The Democrats will have to gerrymander to protect Sheheen in 2022,” one GOP source told us, adding the district was “turning more and more GOP.”

Nonetheless, replacing an arch-liberal like Sheheen with someone like Reames who has demonstrated a genuine commitment to taxpayers would be a small step in the right ideological direction … assuming, of course, that Reames had any interest in the job.

So far, it’s not clear what his aspirations are …