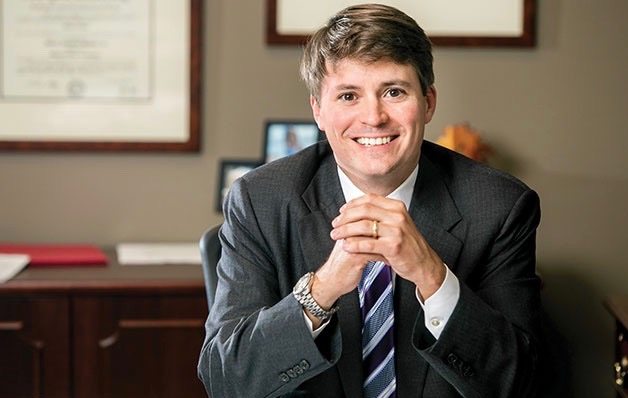 Yesterday, this website broke the news that the S.C. Department of Revenue (SCDOR) was suspending the disbursement of additional “penny tax” revenues to Richland County – saying county leaders had failed to bring the program “into compliance with the state’s tax laws.”

It’s the latest escalation in an ongoing battle over this controversial levy – which was approved via a rigged election in 2012.

As if the illegal voter suppression we uncovered related to this scam wasn’t bad enough, SCDOR has uncovered glaring illegalities in the way Richland County is appropriating revenue from this $1.2 billion “penny tax” – including all sorts of shady payouts to politically-connected firms.

Leading the charge against the robbers?  SCDOR director Rick Reames – who was appointed to run the agency by S.C. governor Nikki Haley in the aftermath of the infamous 2012 #SCHacked scandal.

Last year, Reames launched an investigation into the county after S.C. attorney general Alan Wilson failed to do his job and investigate the broader scandal (a.k.a. the stolen vote).

Reames’ investigation – which has already produced arrests – centers around a very simple concept: County leaders must follow the law in appropriating this revenue.

Specifically, proceeds from the tax hike must be spent on infrastructure projects – not cozy marketing, development, public relations, lobbying and other “administrative” expenses doled out to firms with close ties to council members.

Reames wants these questionable expenditures stopped.  He also wants the program to submit to an annual audit to ensure its ongoing compliance with the law.

Richland County?  It’s got a team of six lawyers ready to take Reames to court – arguing his agency lacks the statutory authority

Anything to keep the corrupt gravy train flowing, right?

Reames deserves tremendous credit here.  Sure, he may have other motivations …

Someone does not like SC Department of Revenue director Rick Reames very much …. pic.twitter.com/lKLUFzlsv1

… but we don’t care what those are so long as he is holding government accountable to the taxpayers (and sending a message to other local governments that similar heists will not be as easy to pull off as they might have thought).

What else matters? The public trust. In an era dominated by politicians and bureaucrats whose sole objective is enriching themselves at the expense of others (and then whitewashing or obstructing the truth when they get called out), it’s nice to see a public official actually doing his damn job for a change … looking out for those of us whose financial sacrifices make government possible.

This is precisely what good government looks like, people … it’s just depressing how rare it is that we actually see it in this ass-backward state.

Of course, Reames’ efforts on behalf of taxpayers are precisely why the bad guys will now go to court in an effort to kneecap him … hoping to continue their graft and corruption.

Let’s hope they don’t succeed … and let’s hope Reames continues to stand strong against the illegal wasting of taxpayer money.

UPDATE: We’d also like to credit journalist Ron Aiken of The (Columbia, S.C.) Nerve for his work on this story. While the liberal mainstream media in the Palmetto State was hitting the snooze button, Aiken dug deep – exploring every penny of this corrupt “penny tax.” Good for him. That’s what real journalism looks like … also a rarity in South Carolina.