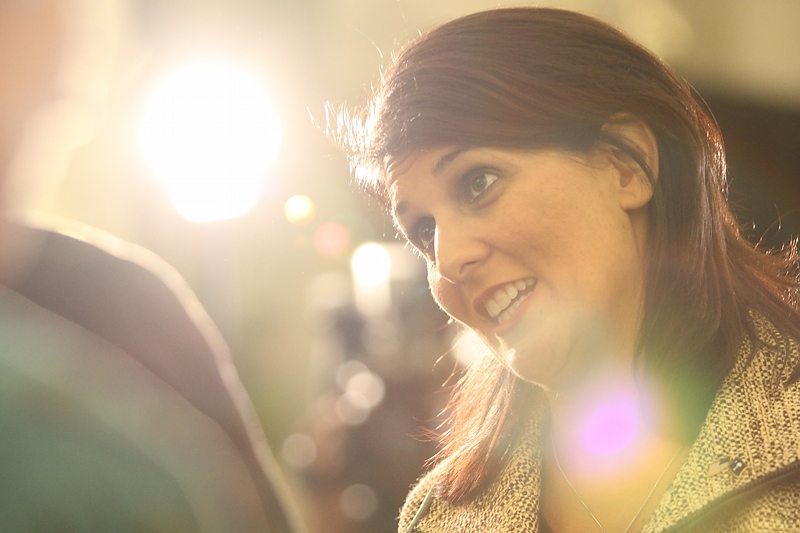 Back in the dog days of summer it appeared as though the presidential campaign of GOP nominee Donald Trump was destined to do down like a lead balloon.  Establishment “Republicans” – who pulled out all the stops in an effort to sink Trump’s candidacy – were giddy over the looming implosion.

After all, Trump’s collapse – in their eyes – was an opportunity to wrestle control of

Now that Trump is pretty much even money to capture the White House against Hillary Clinton, the GOP establishment is in full-on freakout mode. Again.

So, apparently, are the middling candidates “Republicans” were hoping to foist on the electorate in 2020 following Trump’s defeat (a list that includes Haley).

What do they do if Trump wins?

Frankly, we think that’s the wrong question.  Whether Trump wins the White House or suffers a narrow defeat at Clinton’s hands, there is simply no going back for the GOP.

And any candidate the GOP nominates who embraces those ideologies is doomed to fail … which may be one reason why Haley is actively exploring her “Plan B.”

According to multiple sources familiar with her thinking, Haley is mulling a primary challenge against third-term incumbent U.S. Senator Lindsey Graham – one of the Palmetto State’s most unpopular elected officials (and arguably the most liberal “Republican” in the U.S. Senate).

Despite his vulnerability, Graham secured a third term in 2014 when he won a low-turnout GOP primary race against a field of low-budget challengers.

It was the third election cycle in a row in which Graham managed to skate by with either no opposition or only token opposition in the “Republican” primary.

If Haley runs against Graham, though, she’d be more than a “token” opponent – in fact she would likely be the frontrunner in the race.

Anyway, assuming she runs Haley would have to begin campaigning in earnest around January 2019 – which is conveniently when her second term as governor expires.  Filing for this seat would open in March of 2020 with a primary election to follow three months later.

Stay tuned … there is obviously lots of time (and plenty of variables to consider) before Haley has to make a choice about mounting this sort of a campaign.