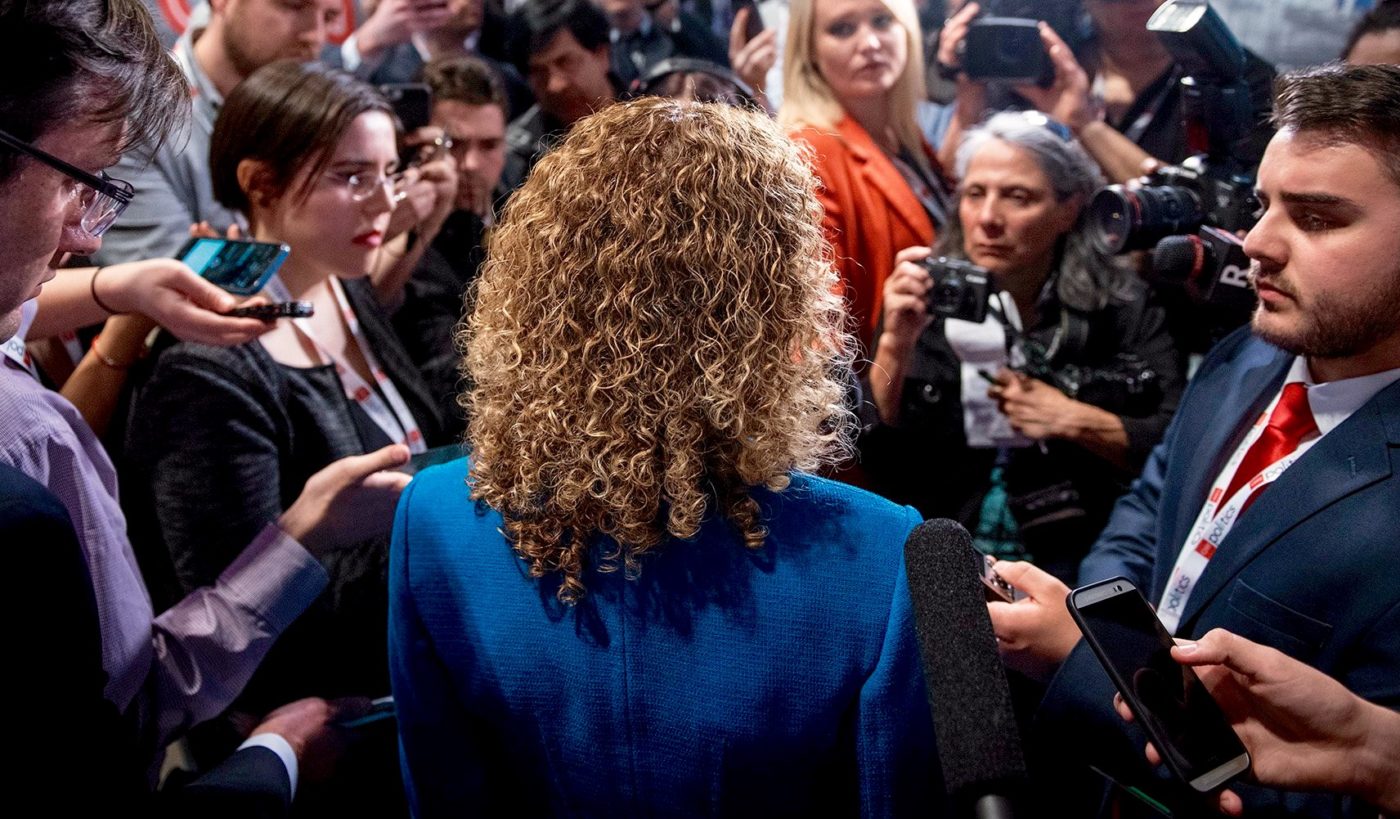 The chairwoman of the Democratic National Committee (DNC) is under growing pressure to resign in the aftermath of the #DNCLeaks scandal, which exposed a coordinated effort between party officials and media elites to embrace the candidacy of Democratic nominee Hillary Clinton – while at the same time attacking U.S. Senator Bernie Sanders of Vermont.

U.S. Rep. Debbie Wasserman Schultz – who has already been booted off the stage of this week’s Democratic national convention in Philadelphia as a result of the scandal – could be removed by party leaders in the event she declines to step down.

Even that might not be enough to satisfy angry “progressives,” though.

Sanders has claimed for months that the Democratic party was actively working against him during the 2016 primary – an assertion that was conclusively proven last week when Wikileaks released nearly 20,000 secret DNC emails.

Included in the treasure trove?  Anti-semitic attacks against the Jewish candidate – as well as attempts to fabricate damaging political narratives against him.

Perhaps the biggest revelation?  The extent to which the mainstream media played along with the party’s efforts – a truly disturbing/ disappointing commentary on the status of the Fourth Estate in America.

Sanders told CNN this week that he didn’t think Wasserman Schultz was “qualified to be the chair of the DNC, not only for these awful emails, which revealed the prejudice of the DNC, but also because we need a party that reaches out to working people and young people.”

Sanders added that it was “an outrage and sad that you would have people in important positions in the DNC trying to undermine my campaign.”

“She should resign, period,” Sanders told ABC.  “And I think we need a new chair who is going to lead us in a very different direction.”

UPDATE: Wasserman Schultz has resigned as chairwoman of the DNC.