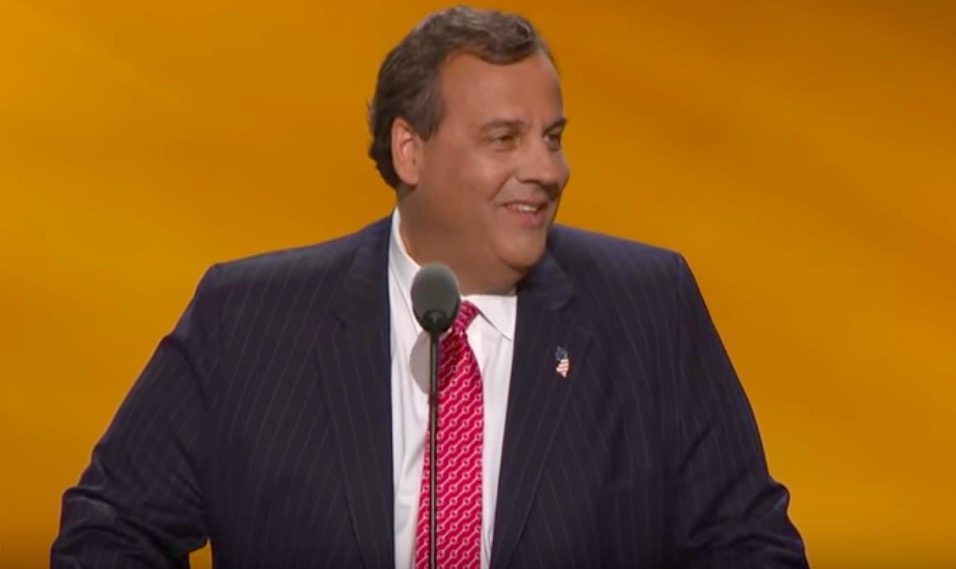 To be clear: This website has precisely zero use for New Jersey governor Chris Christie.  In fact we’ve been calling him out for years as a “left-leaning, Obama-loving, buffet-inhaling” status quo “Republican.”

Of course we enjoyed his evisceration of the establishment’s golden boy Marco Rubio earlier this year – and we didn’t mind his assault on bought-and-paid for Democratic presidential nominee Hillary Clinton at this week’s “Republican” national convention.

Christie’s speech was intended as the “indictment” of Clinton that the Federal Bureau of Investigation (FBI) opted not to hand down last month – thus drawing the ire of an estimated 56 percent of Americans (compared to 35 percent who said they believed Clinton should not have been indicted over her email scandal).

“Guilty? Or not guilty?” Christie repeatedly asked convention-goers during his speech.

S.C. Senator Tom Davis – a libertarian-leaning “Republican” – didn’t like what he saw, either.  Nor did he appreciate the response from the crowd.

“We are not going to win simply by demonizing Hillary, as much as she warrants derision,” Davis told reporter Meghan Kinnard of the Associated Press. “We need to offer a positive message on what we are about, too.”

Davis added that while Clinton was “certainly a prevaricator,” the chants by convention-goers advocating her incarceration were “over the top.”

Our view?  We think Clinton is as intrinsically evil a politician as America is ever going to see … so we don’t really care if a liberal GOP politician works a crowd of establishment “Republicans” into a lather against her.

As far as we’re concerned, she deserved every word of it …